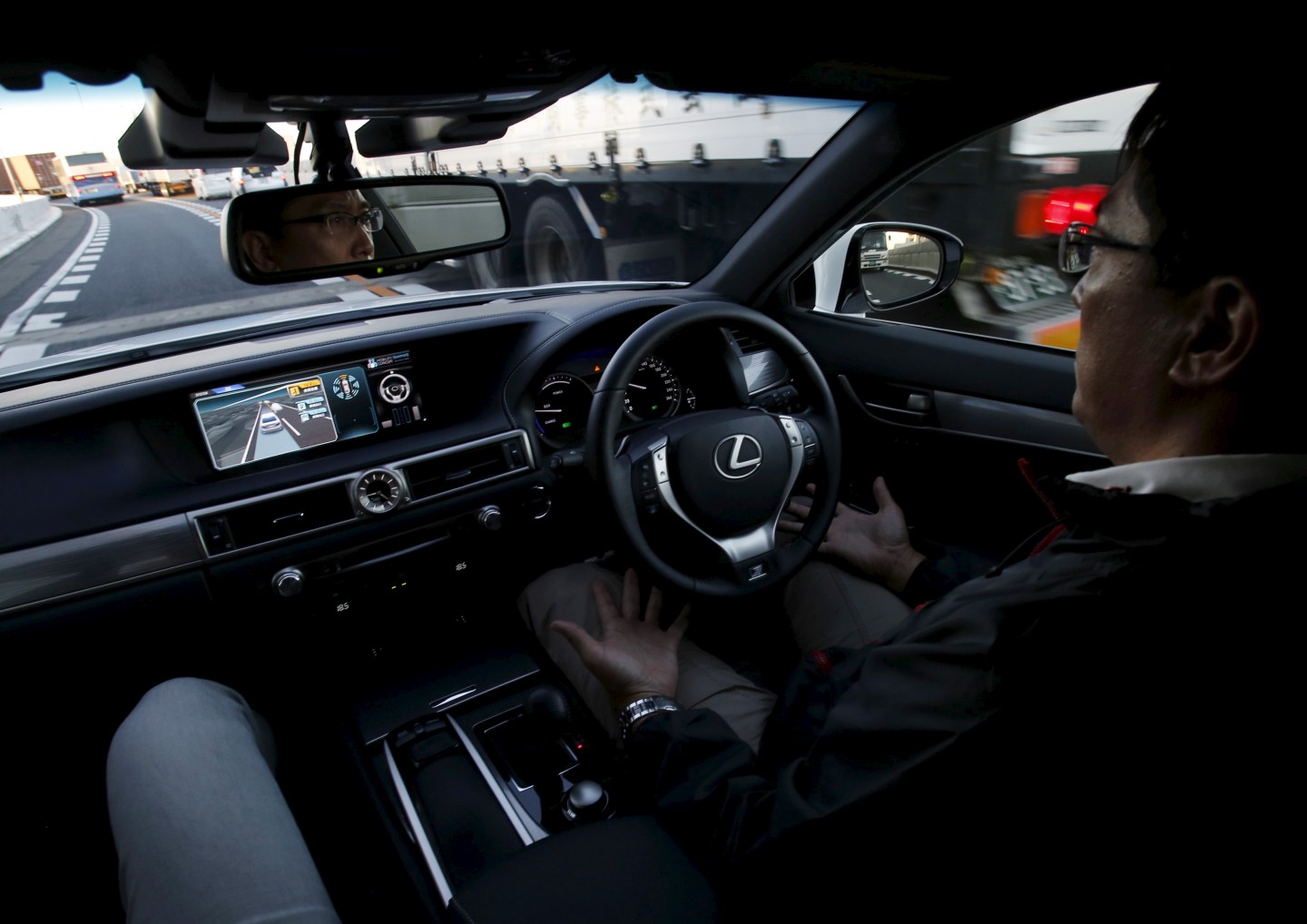 A staff member of Toyota Motor Corp drives its self-driving technology "Mobility Teammate Concept" prototype car hands-free on the Metropolitan Expressway during the Toyota Advanced Technologies media preview in Tokyo, Japan, October 8, 2015. Toyota Motor Corp said it would aim to bring to market cars that can autonomously change lanes, merge with traffic, and overtake other vehicles on highways by around 2020 as it aims to catch up in the nascent field of self-driving cars. REUTERS/Yuya Shino - RTS3JW3
Yuya Shino — Reuters

On September 30, California unveiled revised rules that carmakers will have to certify that they complied with the 15-point NHTSA assessment instead of self-driving cars being required to be tested by a third-party, as in the original proposal.

California would allow for the absence of a human driver and a steering wheel in advanced self-driving cars, provided there is two-way communication with the vehicle and NHTSA approval. California will hold a public hearing on the proposal October 19.

Self-Driving Cars Are Blowing Up the Auto Industry

President Barack Obama wrote a Pittsburgh Post-Gazette op-ed last month saying the administration is asking automakers “to sign a 15-point safety checklist showing not just the government, but every interested American, how they’re doing it.”

Cain also raised concerns about whether the NHTSA guidelines are too vague. “The problem is there is going to be accountability and there is going to be enforcement,” Cain said, saying in some areas NHTSA needs to offer more specific guidance. “We need to go through this with a fine tooth comb.”

Former NHTSA Administrator David Strickland, who now represents self-driving advocates including Alphabet Inc’s Google unit, Ford Motor and Uber Technologies, raised concerns at the forum about whether NHTSA has the expertise to review all of the data they are seeking on self-driving vehicles. Congress may need to “better resource the agency to deal with this new mission,” he said.

NHTSA has said it may need authority to conduct “pre-approval” of self-driving technologies before they are marketed. Cain said “the approach is somewhat flawed” and called for more conversation about how consumers can be assured that self-driving cars are safe.