Dropping in the Polls, Donald Trump Rages at the ‘Disloyal’ Republican Party 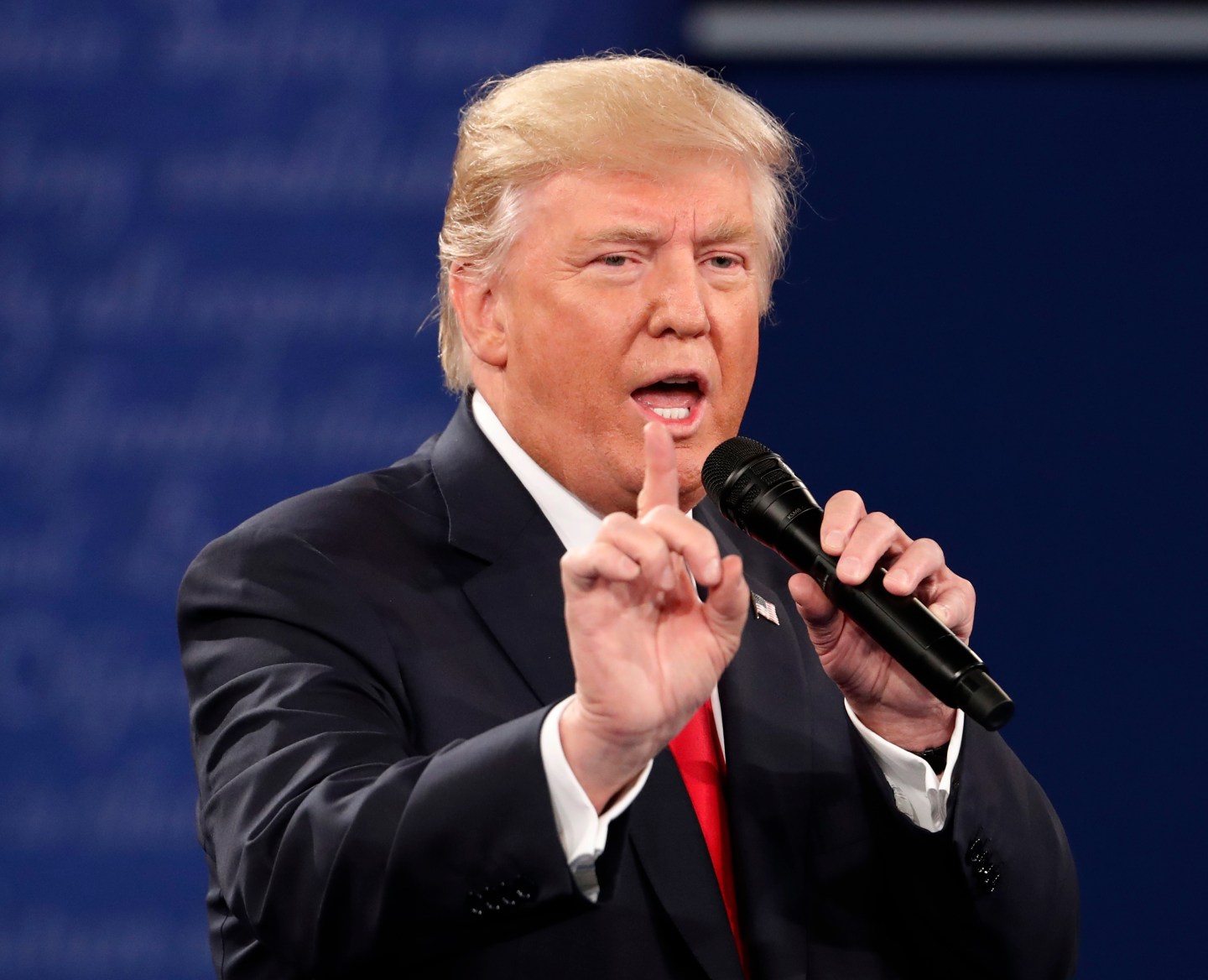 The “shackles” gone, Donald Trump stepped up his fierce attacks on his own party leaders Tuesday, promising to teach Republicans who oppose him a lesson and fight for the presidency “the way I want to.”

“I’m just tired of non-support” from leaders of the party he represents on the presidential ticket, Trump said Tuesday evening on Fox News Channel’s “The O’Reilly Factor.” He saved special ire for House Speaker Paul Ryan, who told Republicans Monday he’ll no longer campaign for Trump with four weeks to go before Election Day.

With his campaign floundering and little time to steady it, the businessman reverted to the combative, divisive strategy that propelled him to victory in the GOP primary: Attack every critic — including fellow Republicans. Those close to Trump suggested it was “open season” on every detractor, regardless of party.

“It is so nice that the shackles have been taken off me and I can now fight for America the way I want to,” Trump said in a tweet that brought new concern — near panic in some cases — to a party trying to stave off an all-out civil war before Nov. 8.

“They come at you from all sides,” Trump declared. “They don’t know how to win — I will teach them!”

Rage against fellow Republicans from the face of the 2016 GOP exposed a party slipping from mere feuding into verbal warfare with advance voting already underway in roughly half the states. Polls suggest Trump is headed toward a loss of historic proportions if he doesn’t turn things around.

His scorched-earth approach, days after his sexual predatory language caught on tape triggered a mass Republican defection, threatened to alienate even more supporters.

Trump has acknowledged the possibility of defeat in recent days, but on Tuesday he tried to shift the blame for his struggles on Republican defections and an election system that may be “rigged” against him.

On Monday, he warned of potential voter fraud in heavily African-American Philadelphia, a claim for which there is no evidence but one that could challenge Americans’ faith in a fair democratic process.

At the same time, Trump’s campaign is considering whether to feature Bill Clinton accusers at his upcoming rallies. Trump shocked the political world before Sunday’s debate by appearing with several women who had accused the former president of sexual impropriety decades earlier.

The aggressive shift is in line with the philosophy of recently hired campaign chaiman Steve Bannon, whose conservative website has long fueled attacks on Republican leaders and perpetuated popular conservative conspiracy theories.

The approach has done little to endear Trump to anxious party leaders. At least 40 Republican senators and congressmen have revoked their support for the embattled Republican nominee — with nearly 30 of them urging him to quit the race altogether.

Republican Speaker Ryan, in a Monday conference call with congressional Republicans, said he would no longer campaign with Trump. He said he would focus instead on ensuring Clinton doesn’t get a “blank check” with a Democratic-controlled Congress, all but conceding that Trump would lose the presidential contest.

Trump’s running mate Mike Pence said in an interview with NBC Tuesday that he was “disappointed” by the defections and “respectfully” disagreed with Ryan.

Yet Trump’s aggressive shift is popular among his most loyal supporters who continue to flock to his rallies by the thousands.

Megan Johnston, 54, shrugged off his sexually aggressive comments in the 2005 video and pointed at Democrat Hillary Clinton’s shortcomings.

“He said what he said and he apologized. She should be in jail,” Johnston said during a rally near Pittsburgh.

At a rally in Newton, Iowa, Pence received multiple standing ovations and was thanked at one point for sticking with Trump — a sign of just how badly Trump has faltered.

“You … just got my respect for not jumping and bailing out on Donald Trump,” the questioner said.

Another woman told Pence she was concerned about widespread voter fraud and warned that, if Clinton wins, “I am ready for a revolution.”