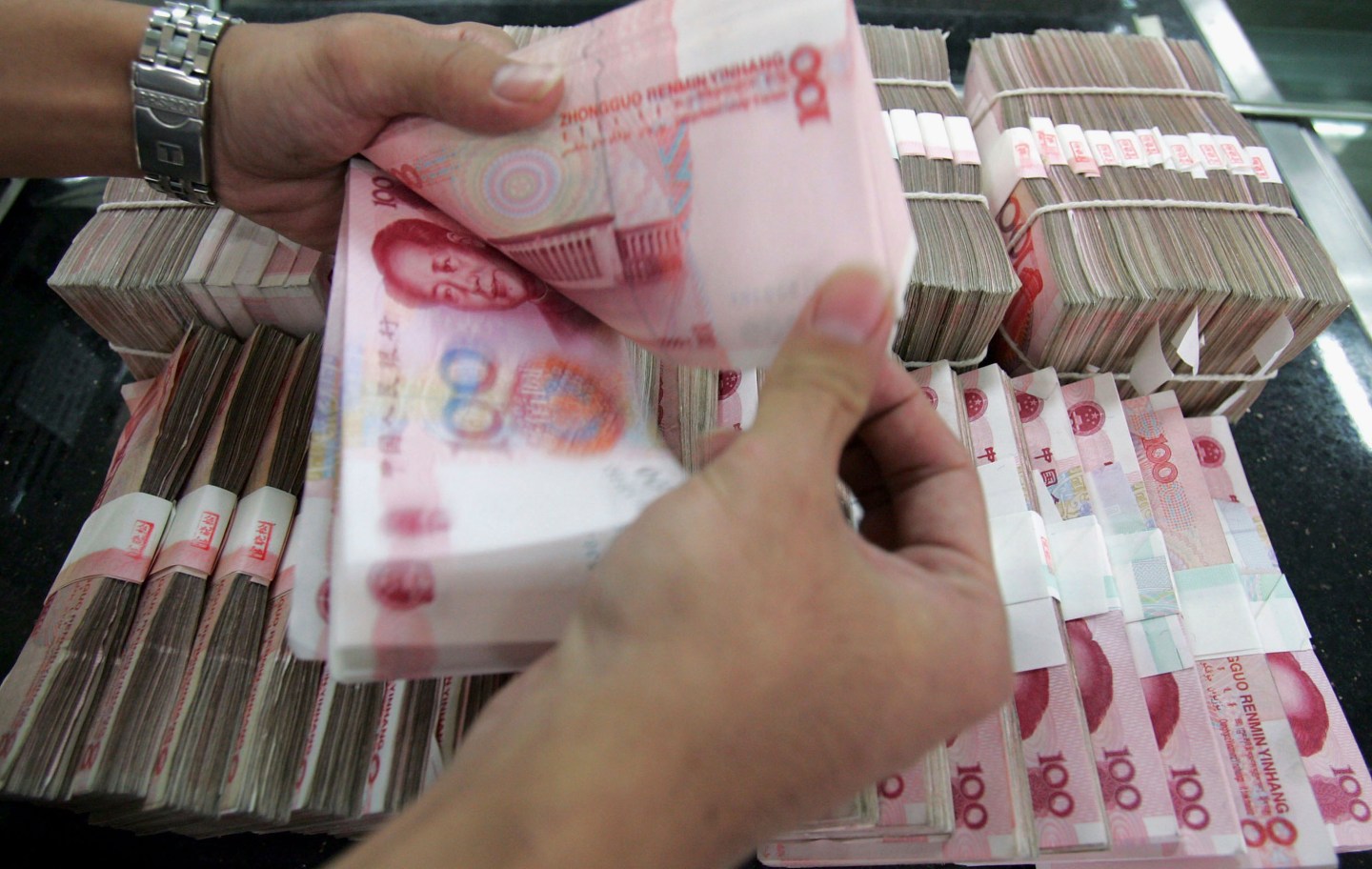 BEIJING - JULY 22: (CHINA OUT) A clerk counts stacks of Chinese yuan at a bank on July 22, 2005 in Beijing, China. The People's Bank of China, the central bank, announced on July 21 to scrap the yuan's decade-old peg to the U.S. dollar, and in stead phase in a flexible mechanism of the yuan exchange rates. The exchange rate of yuan vs U.S. dollar was announced at 8.11 vs 1 on July 22. (Photo by China Photos/Getty Images)
China Photos — Getty Images

China’s currency fell to a six-year low today, extending its 2016 decline against the U.S. dollar to 3.2% and offering up fresh evidence that money outflows are pressuring the country.

The yuan has been trending downward for more than a year as traders and investors remove bets on China. The currency’s decline would probably be much worse if China’s government hadn’t stepped in to support it. When the central bank said last month foreign reserves had fallen $19 billion to $3.2 trillion, the chief cause was the bank spending to prop up the yuan’s value amid capital outflows.

China’s undervalued currency has been a popular topic during the U.S. presidential election, and its latest declines will do little to dissuade voters and politicians that something untoward is going on.

State-owned banks heavily bought into the yuan in July when it declined to the same 6.7 level, Reuters reports, but they haven’t intervened this time, suggesting Chinese officials are happy with a steadily cheaper currency that in theory should support struggling exporters.

Government officials are likely looking for a mid-point between a yuan that is cheap enough to help exporters, but not so cheap as to cause more capital outflows. Either way, analysts are predicting further declines.