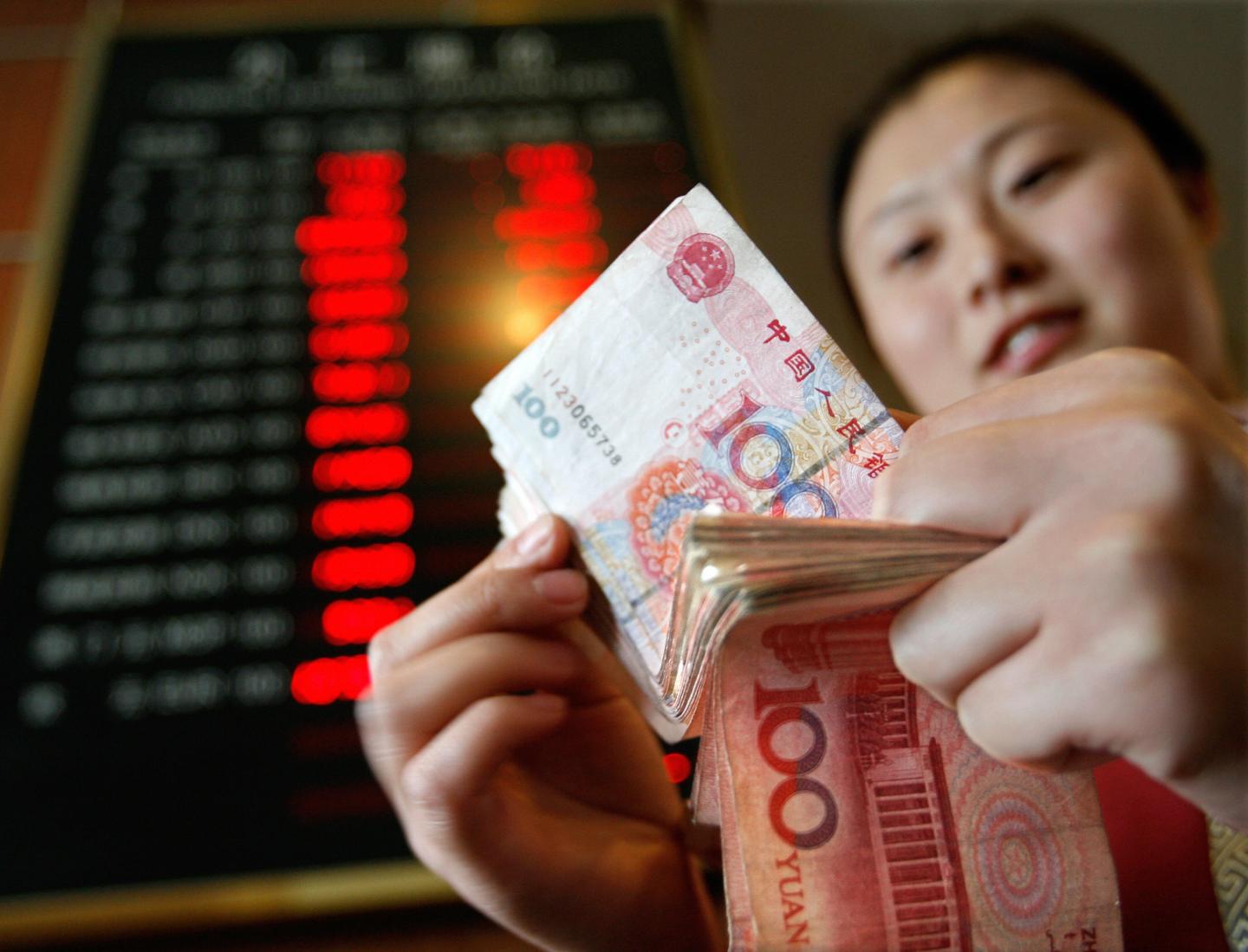 A hotel employee at a foreign exchange counts Chinese yuan bills at the Grand Epoch City in Xianghe, central China's Hubei province, about 50 km southeast of Beijing, 12 December 2007. China and the United States warned each other 12 December that their booming but tense trade relationship was under threat from protectionism, as they began two days of top-level economic talks. AFP PHOTO/TEH ENG KOON (Photo credit should read TEH ENG KOON/AFP/Getty Images)
TEH ENG KOON/AFP/Getty Images

Though the numbers are far from crisis levels, money just won’t stop flowing out of China.

Last month the country’s foreign reserves fell by $19 billion, to $3.2 trillion. It was the largest decline since May and offered more evidence that the country’s central bank is fighting to prop up the value of the currency amid a wave of outflows.

Since the U.K.’s Brexit vote this summer, the People’s Bank of China is widely understood to be propping up the renminbi to compensate for capital flows out of China. The research firm Capital Economics estimates that the Chinese central bank did so to the tune of $40 billion last month.

Compared to $500 billion last year, the current figures are manageable for Chinese officials. However, the bigger question is if the central bank will be able to control the rush of money leaving the country the next time world traders turn bearish against China and its currency “Admittedly, monthly outflows are still a fraction of what they were at the turn of the year,” Capital Economics China economist Julian Evans-Pritchard wrote today. “But capital outflow pressures clearly haven’t gone away.”

Next week, the just-good-enough economic releases from China may continue. Exports are slowly improving, especially as the U.S. economy improves, and consumer prices are continuing their healthy rise. The economic mood may just stay good enough in the coming weeks and months to prevent capital outflows from growing too large and turning into another crisis.