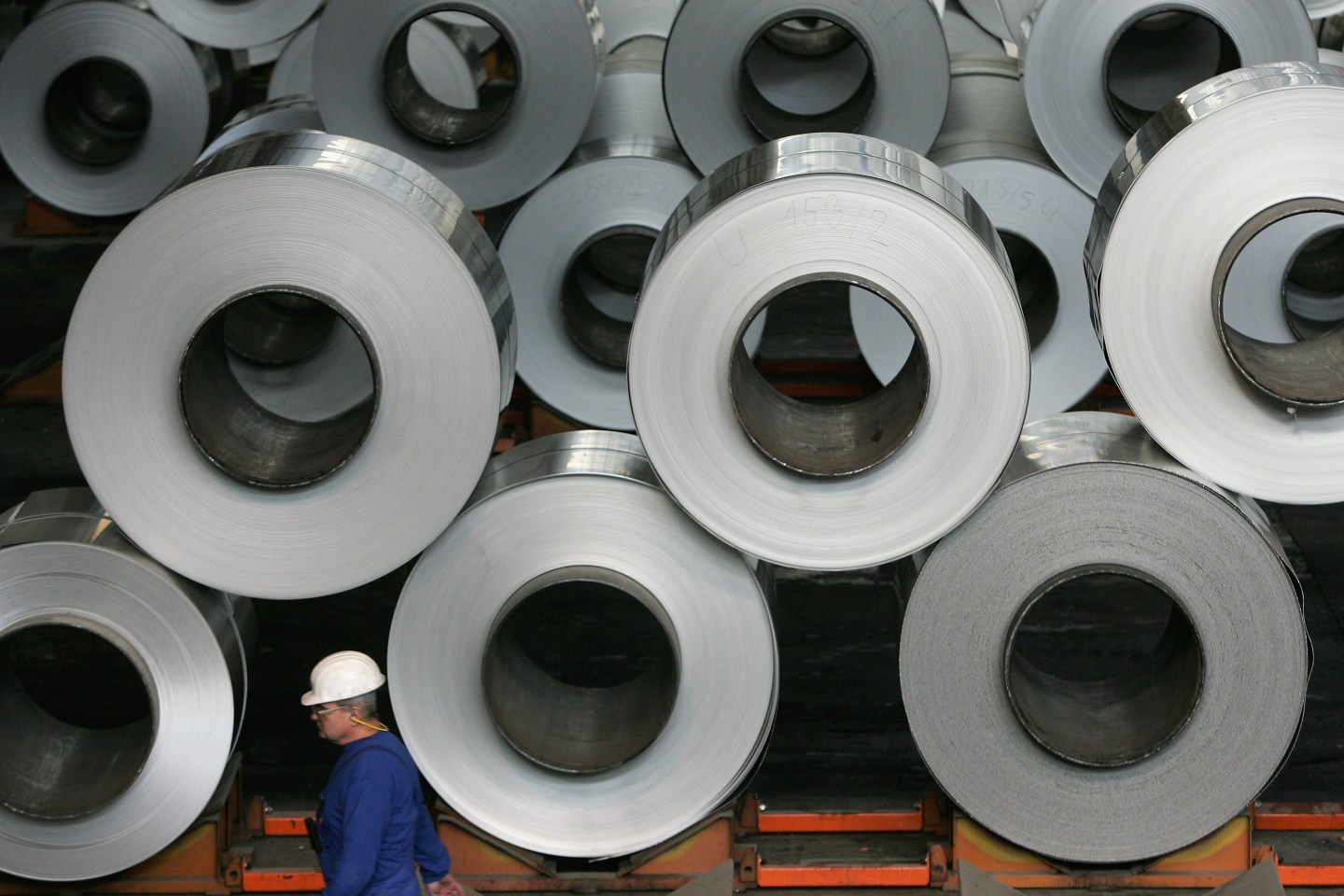 Metals company Alcoa (AA) on Tuesday reported higher quarterly profit due to cost-cutting and lower tax provisions, but the results missed expectations and its stock sank.

The rise in profit at Alcoa came despite lower revenue as it curtailed or closed some traditional smelting operations and confronted falling prices. Revenues fell in its so-called value-added business serving the automotive and aerospace industries, which Alcoa said was due partly to delayed aircraft deliveries and pricing pressure.

“We are performing well despite the low pricing environment … demanding conditions on the commodity side as well as aero industry teething problems,” Alcoa Chief Executive Officer Klaus Kleinfeld told Reuters. “What you see shining through is that we have concentrated on what we can influence and you see our strong resilience.”

This is the company’s last quarterly report before it splits into two separate entities ahead of the market opening on Nov. 1. The first, which will retain the name Alcoa, will focus on traditional smelting business. The other, to be called Arconic, will specialize in higher-end aluminum and titanium alloys for the automotive, aerospace and construction industries.

Alcoa reiterated its forecast that global automotive production will rise between 1 percent and 4 percent in 2016 and that aircraft deliveries will be flat to up 3 percent in 2016.

Its quarterly results came as benchmark aluminum prices hit two-month highs on Tuesday before retreating due to concerns over oversupply and rising output by top producer China.

But Kleinfeld said capacity growth in China “has not been substantial,” adding that Alcoa sees aluminum demand increasing 5 percent in 2016, outpacing supply growth of 3 percent.

He said the continued “aluminumization” of the auto industry as manufacturers include strong, lightweight alloys into their product lineups, “although the overall market in the U.S. seems to be plateauing.”

Earlier Tuesday the top executive at Novelis Inc, the world’s largest maker of rolled aluminum products, told Reuters that demand for the metal should grow 4 percent to 5 percent in 2017, boosted by sales to automakers and can manufacturers.

New York-based Alcoa reported third-quarter net profit of $166 million, or 33 cents per share, up from $44 million, or 6 cents a year earlier. Excluding items, the company posted earnings per share of 32 cents.

Analysts, on average, expected earnings per share for the quarter of 35 cents.

In the most recent quarter, Alcoa reported “productivity gains” of $377 million across all segments.

Alcoa posted revenue of $5.2 billion, down from $5.6 billion a year earlier and below estimates of $5.3 billion.