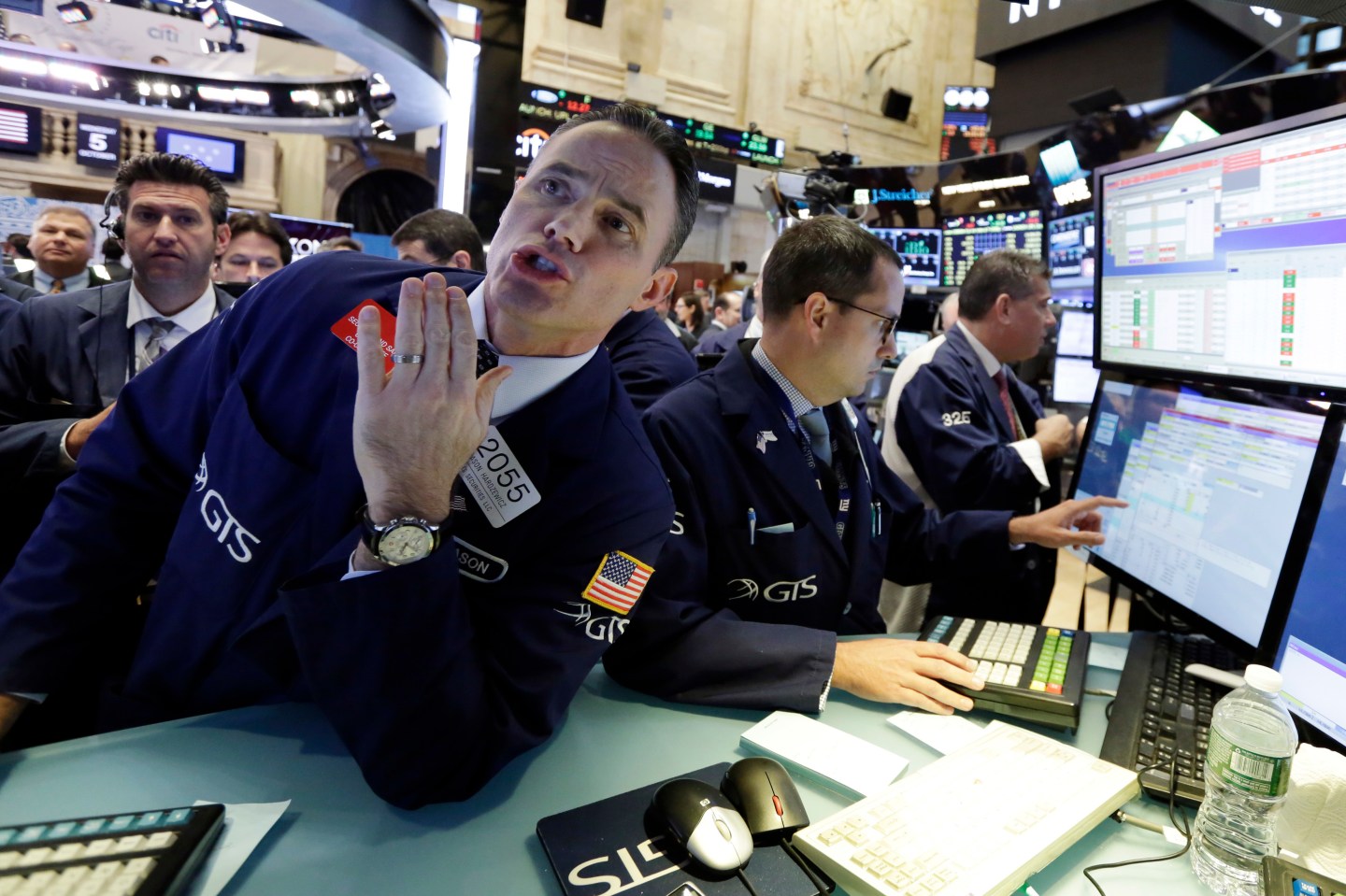 The roughly month-long corporate earnings announcement season that kicks off on Wall Street next week coincides with the final, most intense stretch of the U.S. presidential campaign.

If a particularly strong or weak batch of earnings were to tip the market in one direction, stocks could help determine investors’ mood heading into voting booths on Nov. 8.

Strategists in a recent Reuters poll mostly viewed a victory by Democrat Hillary Clinton as more positive for stocks until year end than a win by Republican Donald Trump, largely because her positions are well known.

But the race is still close and two presidential debates remain, including one late Sunday, Oct. 9.

For more on the debate, watch:

A perceived win by Clinton in the first debate on Sept. 26 briefly boosted stocks, but did nothing to pull the benchmark S&P 500 index from its sideways drift since early July. It is now 1.6% below its historic high set in August. Some analysts say uncertainty surrounding the election is adding to investor caution.

Earnings could move the bar for stocks more than anything else, especially because of their higher-than-average valuations.

“If there’s something that can help the outlook for earnings, then it’s going to be good news for the stock market. It is the most important variable,” said Hugh Johnson, chief investment officer of Hugh Johnson Advisors LLC in Albany, New York.

“What’s needed is something that’s going to make this look undervalued.”

As earnings season kicks off next week, the hope among some investors is that the period will mark an end to the year-long U.S. profit recession.

While analysts expect third-quarter earnings will show a 0.7% decline from a year ago, that number is likely to move to the plus side based on the typically high percentage of companies that surpass analysts’ profit expectations, Thomson Reuters data shows.

From the start of an earnings season to the end, the S&P 500 earnings forecast has had a median gain of 3.4 percentage points since 2002, the data shows.

If that’s the case this time around, third-quarter S&P 500 earnings could end up with growth of about 2.7%, which would be biggest increase since the last quarter of 2014.

The increase, however, may not be large enough to convince some investors that stocks are ready for a late-year rally.

A Rundown From the World Bank/IMF Meetings

“I expect companies to beat expectations – they always do. Any way you slice it, we’re not going to see the growth that we were hoping for last spring. It’s not going to happen,” said Brad McMillan, chief investment officer for Commonwealth Financial in Waltham, Massachusetts.

Revenue for the past quarter is expected to have increased 2.5%, which would be the first year-over-year sales increase for S&P 500 companies since the end of 2014. It also is likely to rise as companies beat expectations.

A lot could depend on energy results, which again are expected to be the biggest drag on S&P 500 quarterly earnings.

U.S. oil prices averaged almost $45 a barrel during the third quarter, not far from the average during the same period in 2015. Prices have risen to nearly $50 recently and if that level can be sustained it could boost forecasts from energy companies, Johnson said.

The recent sharp decline in the British pound versus the U.S. dollar underscored lingering concern over Britain’s late-June vote to exit the European Union. A wide range of U.S. companies conceded in the last reporting period they expect a hit but were unsure how deep it may be.

Among companies due to report next week are Alcoa as well as several top banks: Citigroup, JPMorgan Chase and recently battered Wells Fargo.