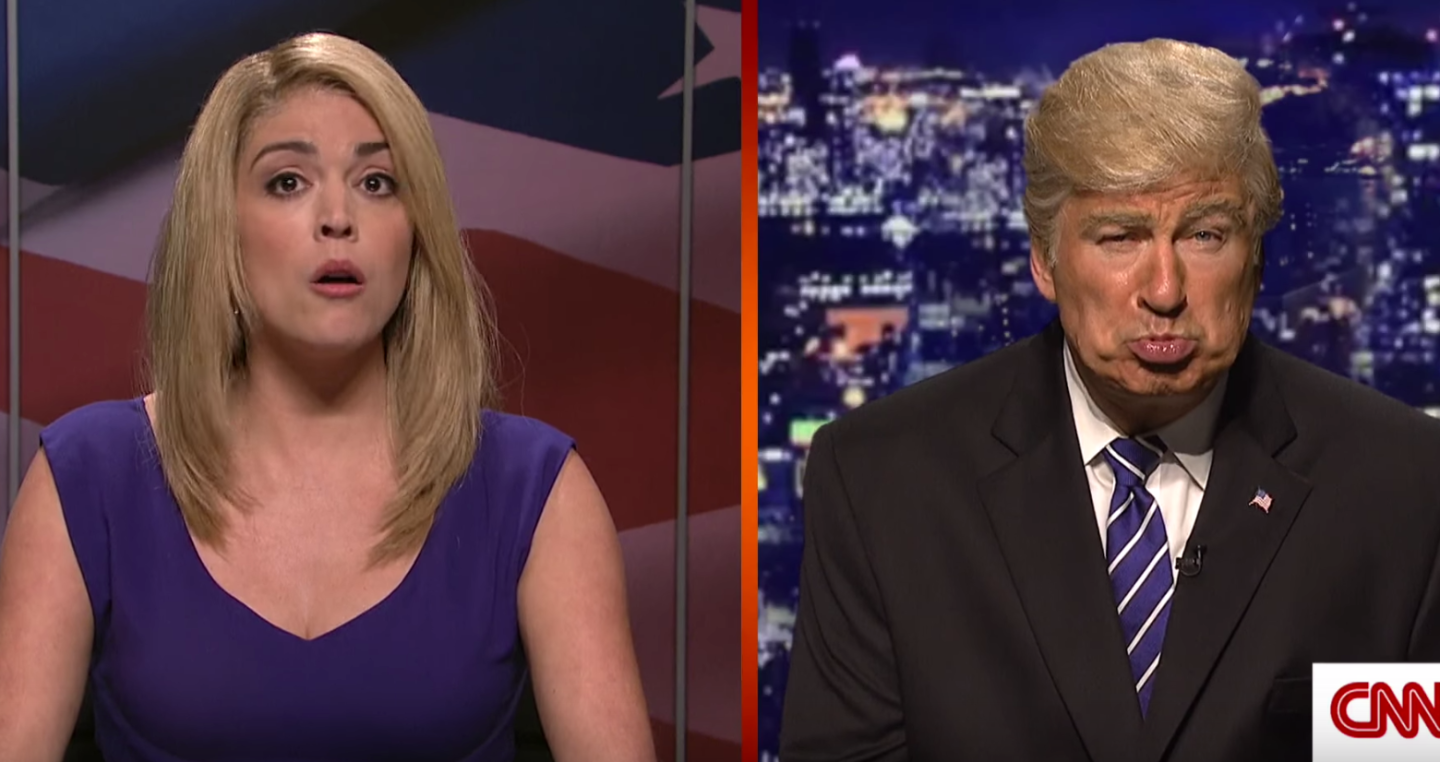 Last season, NBC’s Saturday Night Live was criticized for booking Donald Trump as host, giving Trump free air time in the midst of a hotly-contested Republican primary season. But SNL is making up for that favorable publicity this season, with actor Alec Baldwin impersonating the Republican presidential nominee as a blustering buffoon.

Alec Baldwin made his second appearance as Trump on SNL last night, mocking Trump’s awkward, videotaped apology released late Friday after his 2005 taped lewd remarks about women surfaced. SNL‘s show began with a spoof of the vice presidential debate, in which Trump’s VP candidate, Mike Pence, is denying that Trump has ever made pejorative comments about women. A breaking news update from CNN then interrupts, referencing the leaked 2005 audiotape.

Alec Baldwin, playing Trump, appears on screen to “apple-gize” to “people who were offended by my statements—but more importantly to the people who were turned on by them. I hear it’s really 50-50.”

Except for a brief statement condemning Trump’s comments, Hillary Clinton has been quiet during the last 24 hours, allowing the news to focus on the steady stream of Republican leaders publicly calling on Trump to quit the race. But SNL made a sly dig at Clinton, too. Cecily Strong, playing a CNN host, then goes to Hillary Clinton, played by SNL’s Kate McKinnon, for a comment. McKinnon’s Clinton is shown gleefully dancing with staffers while Kool and the Gang’s “Celebration” song plays.

Asked to comment, McKinnon’s Clinton says she wants to “address all of the women out there who heard Trump’s comments and are still voting for him. ‘My babies, your brain broke.'”

Asked if Trump should drop out of the race (the real Trump has said there is “zero” chance he will do so), the fictional Clinton later says, “No! No! No! Give him a shot!”

The second presidential debate will be held tonight, Sunday, at 9 pm EST.