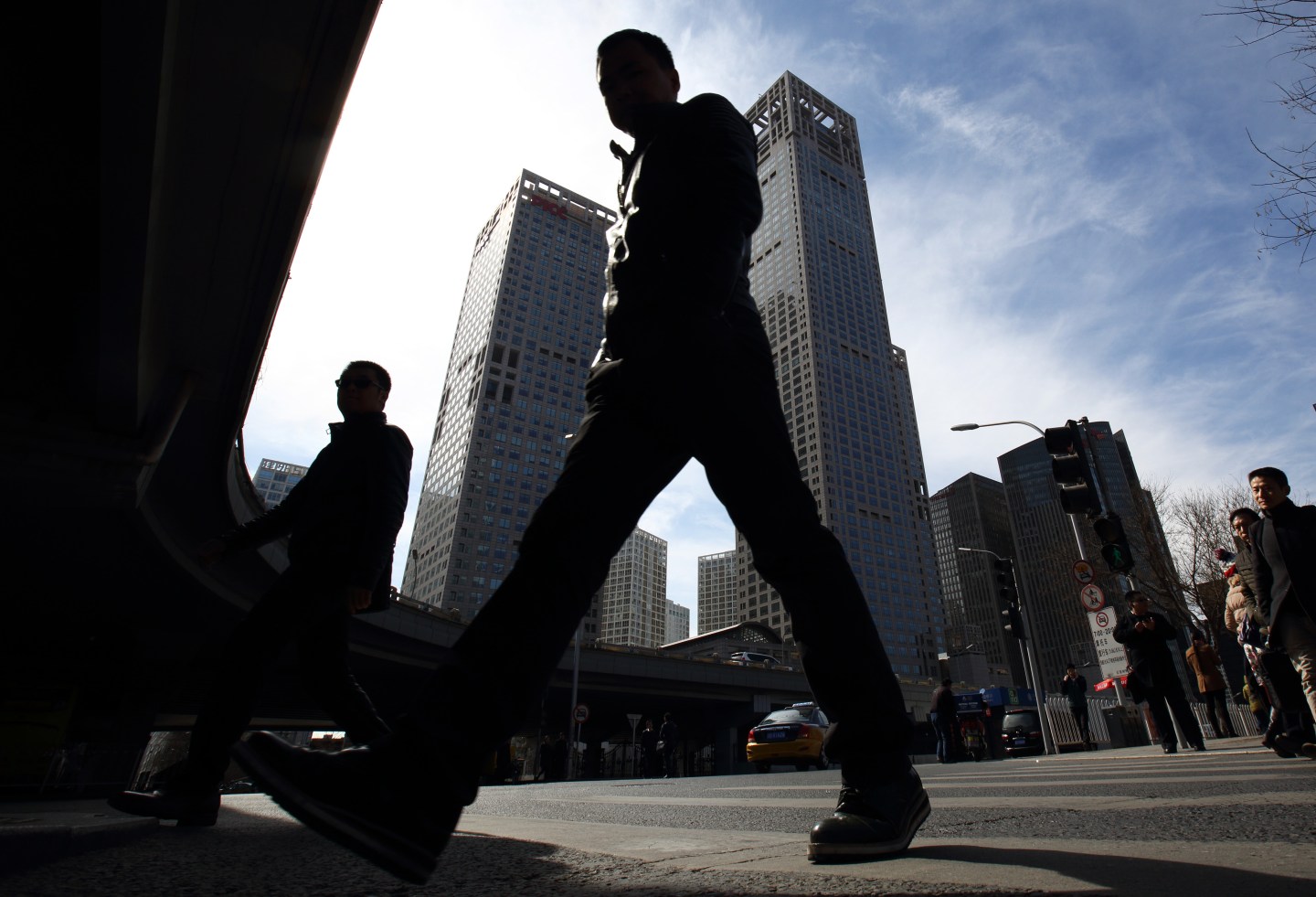 Pedestrians walk in the central business district of Beijing, China, on Wednesday, March 4, 2015. China's leaders are gathered this week in Beijing, where they'll map out policies on state-owned enterprises, the environment, and deliver the nation's budget. Photographer: Tomohiro Ohsumi/Bloomberg via Getty Images
Tomohiro Ohsumi/Bloomberg via Getty Images

China’s State Council, or cabinet, said on Saturday the country is committed to improve access for foreign companies in China, as part of “a new round of high-level opening up”.

According to a statement released on Saturday following a State Council meeting chaired by Premier Li Keqiang, the Chinese government will create an environment for fair competition for foreign firms.

“It’s important part of pushing forward a new round of high-level opening up,” the statement said.

In the future, except for certain sensitive industries in which access for foreign companies is restricted, foreign investments would only require registration, rather than approval. The statement did not offer details on how the new system would work.

The State Council’s statement comes at a time when the foreign business community in China has become highly critical of the current unbalanced access for foreign companies in China.

Last month, a top European business lobby warned China that it risked a protectionist backlash unless it opened its markets faster to foreign investment.

Progress on China’s economic reforms has been “highly disappointing”, the European Union Chamber of Commerce in China said in an annual paper, released as China prepared to host leaders from the world’s biggest economies at last month’s G20 summit in Hangzhou.