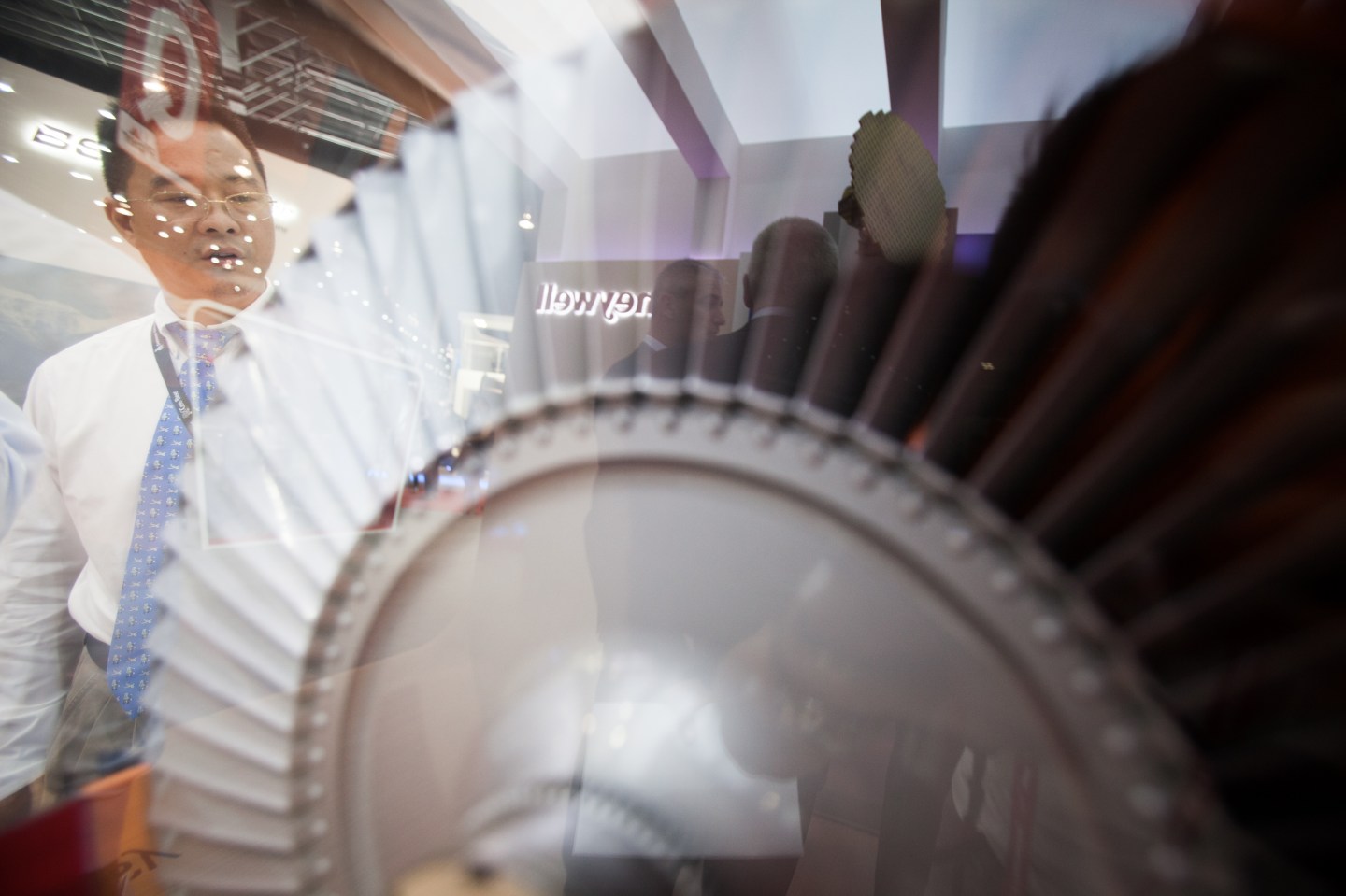 Shares of Honeywell International plunged as much as 9% on Friday, a day after the aircraft-parts maker cut the top end of its 2016 profit forecast and said that sales would fall more than it had expected this year.

“Conditions are more difficult than anticipated in both the business jet (original equipment manufacturing) and aftermarket businesses,” Honeywell chief financial officer Tom Szlosek said on a call with analysts on Friday.

Weakness in the oil and gas industry has reduced flying time for both business jets and helicopters, he said. Economic sanctions against Russia and an anti-corruption drive in China are also factors affecting demand, he added.

Business-jet makers are forced to offer more discounts to prevent buyers from canceling orders or delaying purchases, analysts and dealers have said.

Honeywell said it had to pay higher incentives to commercial planemakers in the third quarter to encourage them to buy its equipment.

Investors are worried about how long it will take Honeywell to improve its organic sales growth rate, which is set to fall for the third consecutive year, William Blair & Co analyst Nicholas Heymann told Reuters.

Honeywell said on Wednesday that 2016 core organic sales were now expected to fall 1-2%.