Here’s How Much Camping World Just Raised in Its IPO 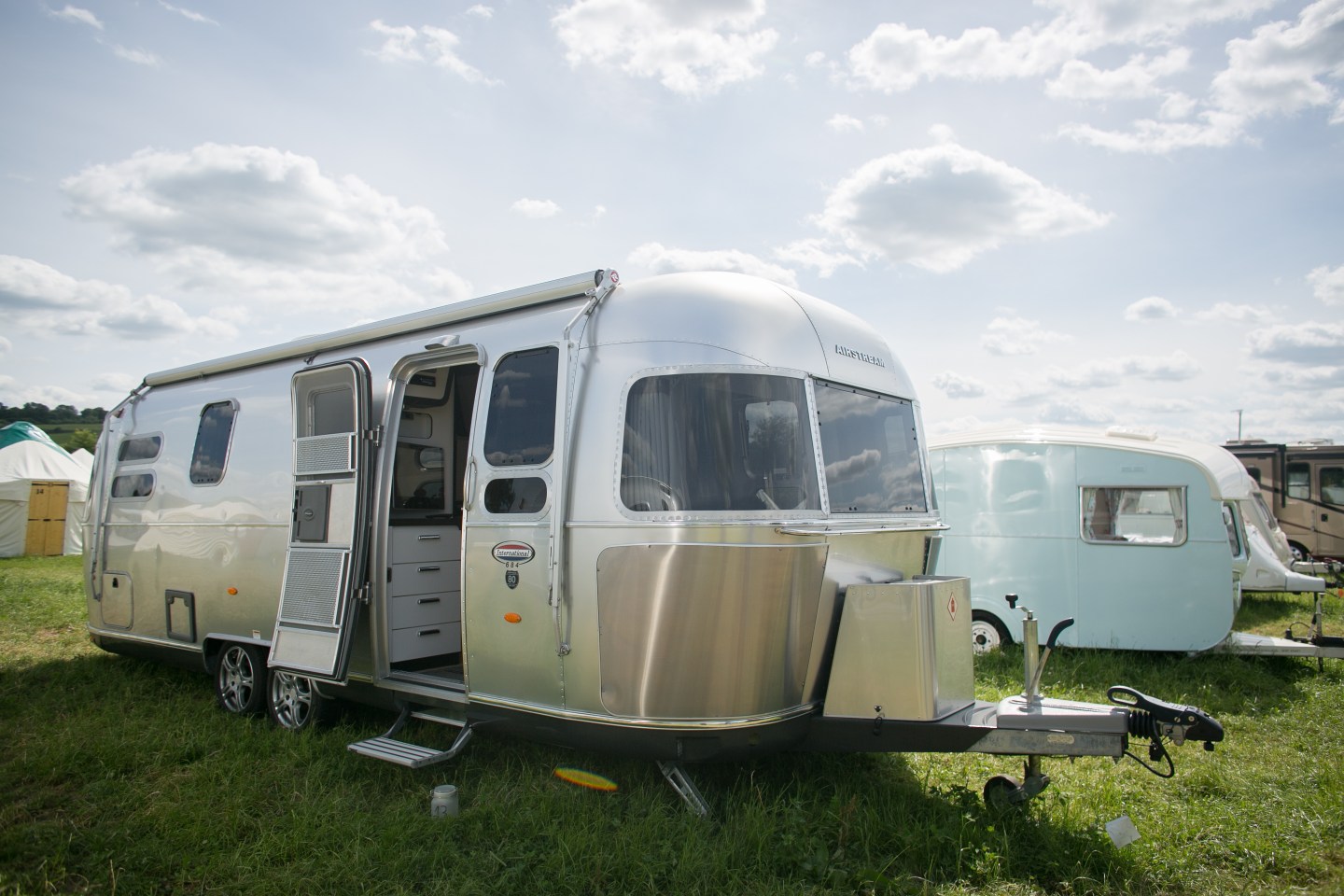 GLASTONBURY, ENGLAND - JUNE 25: An Airstream caravan that has been parked at the Pop-Up Hotel, which offers festival goers alternative luxury camping close to the Glastonbury Festival site - offering a array of facilities such as a reception and waiting area, 200-seat restaurant and bar, luxury showers, make-up areas, hairdresser and on on-site spa - is seen on the first day of the 2014 Glastonbury Festival on June 25, 2014 in Glastonbury, England. Gates opened today at the Somerset dairy farm that plays host to one of the largest music festivals in the world. Tickets to the event, which is now in its 44th year, sold out in minutes even before any of the headline acts had been confirmed. The festival, which started in 1970 when several hundred hippies paid ?1, now attracts more than 175,000 people. (Photo by Matt Cardy/Getty Images)
Matt Cardy/ Getty Images/ File

The IPO came as more baby boomers, the biggest buyers of motorized homes, are retiring and selling their property to travel across the United States in the vehicles.

Camping World said in a statement that it priced 11.4 million shares at $22 apiece, the midpoint of its indicated range of $21 and $23.

The retiring large generation of baby boomers, born in 1946-1964, has helped the truck, tractor and trailing industry grow 7.5% over the past five years, according to data research organization IBIS World.

Millennials, born in 1980 through 2000, are a growing market, as they prefer to spend on experiences and adventure over material goods. They tend to buy smaller recreational vehicles with retro designs, but are equipped with Wi-Fi and air conditioning.

“Virtually anything you can think of, people use their R.V.s to do, because it is comfortable and convenient,” said Kevin Broom, a spokesman for the R.V. Industry Association.

Lemonis, who co-owns Camping World with private equity firm Crestview Partners, will maintain “substantial control” over the company through his ownership of ML Acquisition and ML R.V. Group, according to the IPO registration statement.

Camping World generated about $3.3 billion in sales last year, up from $1.5 billion in 2011. It will use proceeds from the IPO to pay down its $695 million in long-term debt and for general corporate purposes.

Camping World will trade on the New York Stock Exchange under the ticker “CWH” as of Friday.