So You Want to Build a Video Game 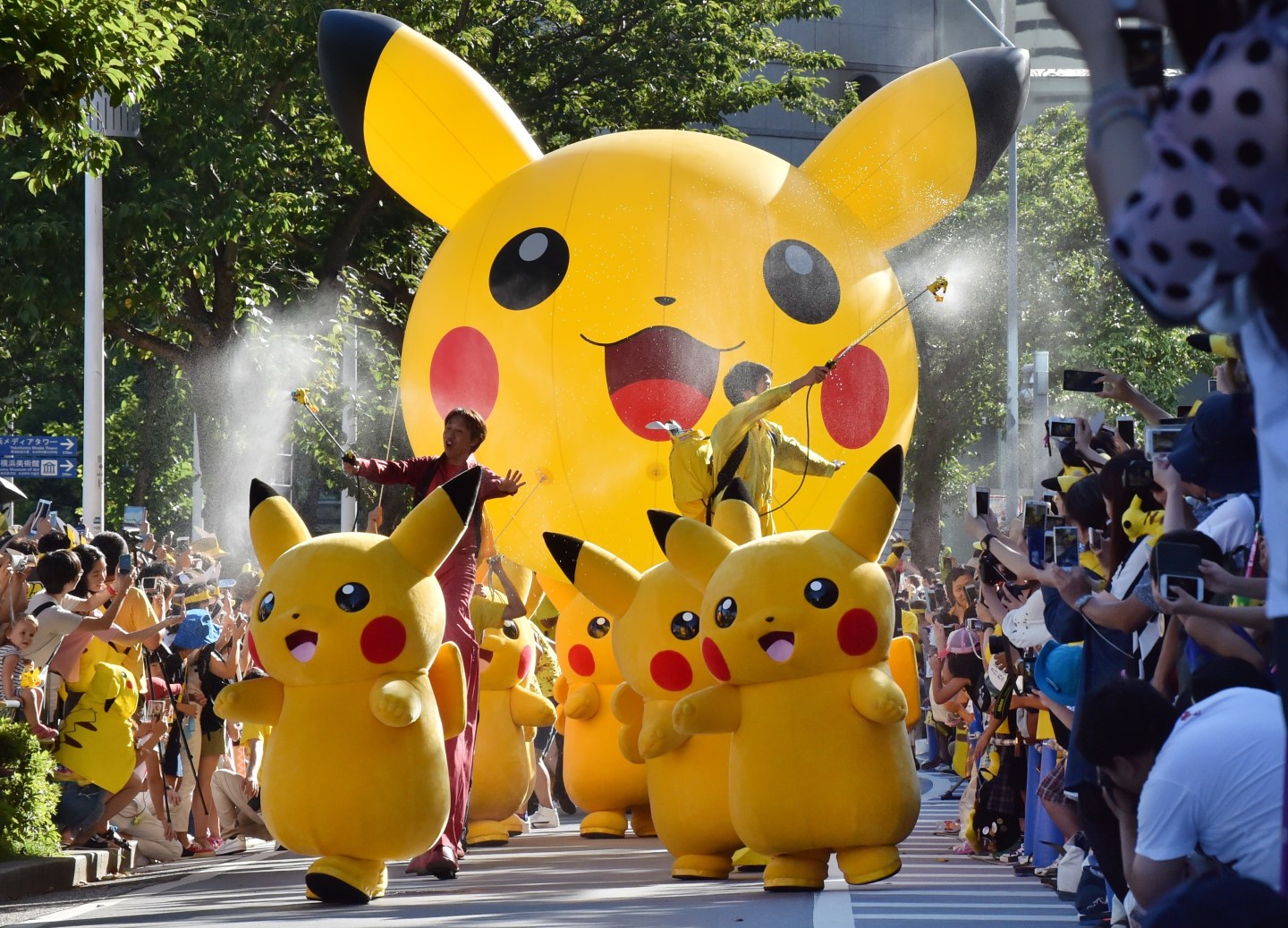 This won’t surprise anyone who picks up every annual release of the Call of Duty series or catches monsters on his or her smartphone with Pokémon Go, but video games are a huge, global industry.

More than 135 million games were sold in the United States in 2014, generating more than $22 billion in revenue, according to the Entertainment Software Association. But games are a global business. Newzoo, a global market intelligence firm specializing in games, esports and mobile, estimates the global games market value was $91.8 billion in 2015 and grew to $99.6 this year. It forecasts the industry to grow to $118.6 billion in 2019.

And it’s not just your teenage nephew who’s playing games. Most video game players, 29 percent, are between the ages of 18 to 35; 27 percent are under 18, and 18 percent are between 36 to 49, the ESA reports. Most surprising, however, is that 26 percent of players are older than 50—so yes, your mom who constantly swipes to find matches in Candy Crush is very much a gamer.

Do you see shiny coins popping out of question-mark blocks yet?

If you’ve got the will, creativity and skills, you could be a part of this huge industry and possibly develop the next breakout hit game. With the proliferation of mobile games and digital platforms such as Valve’s Steam, it’s never been easier to release a game and get it into the hands of players, a.k.a. customers. But like any entrepreneurial pursuit, it’s not simple.

To get some insights into the video game industry, Entrepreneur spoke with Kate Edwards, executive director of the International Game Developers Association, which has about 9,000 members. Her answers have been lightly edited.

For on more the AR game, watch this Fortune video:

What opportunities are available for those interested in turning a love for gaming into a business?

The good news is there are a lot of opportunities out there. The game industry continues to grow. For all of these forms of creative media, all of us are consumers to some degree. We know from surveys and statistics that gameplay is ubiquitous today. We’ve reached gender parity as well.

We have so many people now pursuing game development as a career, even more so as a hobby. People have to decide whether this is something they want to do every day or just want to toy with on the side. Fortunately, because a lot of game engines are free to use for a basic account, anyone can make games. We’ve seen this huge democratization of game development in a way that didn’t exist five years ago.

Are there opportunities for people who aren’t coders or programmers?

You do not need to be a programmer or coder to make a game or be involved in game development. There are so many different, diverse jobs in the industry. There’s the art and design aspect, narrative designers and writers, marketing people, legal, HR, finance.

Because game development is a global thing, about 50 percent of revenue on a global scale comes from localized versions of games, so there’s a lot of room for people who have skills in translation. There are even opportunities for people like me. I’m a geographer. I’ve worked in the industry for 20 years doing culturization work, so the games aren’t offensive or add something to make games feel local.

Frankly, because it is changing so quickly, based on the technology and other forces at work, a lot of people can come into the industry and make up a new kind of job.

Overall, what kind of overhead is there for any gaming business?

Over the last few years, there’s what we call indie game dev. There are a lot of people who are pursuing it. One of the primary reasons is they have creative control over what they’re doing. If you know the skills, you have the ability to basically just do it and create something on your own.

You can pull other team members together—doing everything by yourself tends to be rare—and form a small team of maybe three to seven people working together with this shared vision of seeing a game released. There’s a very entrepreneurial spirit to that exercise.

But a lot of game developers in the indie space, although this is changing, don’t have the business, marketing, finance and other skills.

So someone can just start developing a game without much money?

It can really be that level of a startup. It can be that whole “friends, family and fools” thing, where you scrape together money however you can and find people who share your vision for the project. A lot of these indie projects I see are started by people who have full-time jobs and are working on them at night or during weekends. Then there are others who go all in. They leave their jobs and start a small indie group. They use their own money or get a small level of investment from a relative or a person in the business world. There are a lot of models to follow.

Whatever form it took to start, none of those things guarantee success. It will depend on the game itself. Sadly, because there are so many games coming out—there are thousands and thousands of games—I’ve seen very good games get completely overlooked because they just can’t find an audience because it’s so inundated. That’s where marketing acumen really has to come into play.

What challenges do game entrepreneurs face that others don’t?

When it comes to grant programs, there does still tend to be a bias against games as an art form. It depends on the location. Some states get it, others don’t. It varies country to country. There’s a certain challenge at the political and social levels, because a lot of people still view games as a distraction or for kids.

A lot of indie devs who start out don’t have business skills, and it’s not always easy to get those skills. Most people getting into it now understand they can’t just know how to make a game, they have to run a business. But that still remains a challenge for a lot of them. Like most art forms, game development is a passion, but the passion can be blinding to the reality of what they need to be doing.

You have to find people that share a creative vision. Being able to pull together people and work together collaboratively is so important.

What advantages do game entrepreneurs have that other small businesses might not?

The ease of which you can just basically pick it up and do it. That may be on par with other industries in creative media. If you’ve got the desire, and a certain level of skill where you can learn the tools and you’re willing to put the time in, creating a game doesn’t have to be that difficult and daunting of a task. The barrier to entry is pretty low at this point, but making a good game is a challenge.

People need to play games in order to understand them. Being an avid player may actually help you. What they tell writers is that the best way to learn how to write is to read a lot.

Depending on your development cycle, let’s say you have a fairly simple casual game that you develop over a period of several months, you put it out—the lag time between knowing whether your game is a success and knowing how people feel about it is almost zero. With a game, you release that thing and you know right away. It’s a blessing and a curse. That’s the nature of the digital world. It’s out there on a global scale.

Another cool thing is your game may not find an audience where you thought it would, such as the U.S., but for all you know, you wake up the next morning and you have thousands of people playing it in Turkey. It’s one of those quirky things no one can predict.

Read more from Fortune: Meet the Man Who Led EA’s FIFA to the Top of the Video Game World

Are there any types of skills or traits that are especially helpful overall to succeed in games?

Number one is being able to collaborate with other creative people. That’s a make-or-break factor in game development. Creative people can be really strong in their convictions about what they feel should be done, so the ability to compromise, yield and make a case and do it in a friendly way is really important. That skillset takes practice.

You also need to be able to give input to others in a way that person would understand. A coder can’t speak to an artist in code terms. That’s one of the reasons the IGDA was created over 20 years ago: to help game developers interact with each other.

Business skills are extremely important. A lot of game developers enter this field with the idea that this is a creative art form; “therefore, we’re just going to create and release what we want.” But that’s not true. It’s a business. The game industry is an industry as well as an art form.

More from Entrepreneur:
• Here Are 4 Things I Would Have Done Differently as a Founder
• 7 Ways to Build a Team With Little or No Money
• 7 Ways to Make Extra Income Even With a Full-Time Job

You have to put out something that’s fresh, interesting and worth playing. All that touches upon user and market research, marketing, business strategy and all of that kind of stuff. All of it is essential whether you’re working on an indie team or at a large publisher.

Because the games arena is so technology dependent, being flexible with your skillset is really important, too. Now we have the fields of virtual, augmented and mixed reality that are opening up games to these platforms that actually work now. It’s becoming an interesting challenge.

As technology changes, so do the roles in the industry. We’ll always have the core roles—artist, writer and producer—but there are other support and integrating roles that evolve and change. It’s challenging, because if you’re working in a certain type of job, that job may not be around forever in this industry. You have to think about how the next wave of technology will influence your skillset and you have to continually improve that skillset.