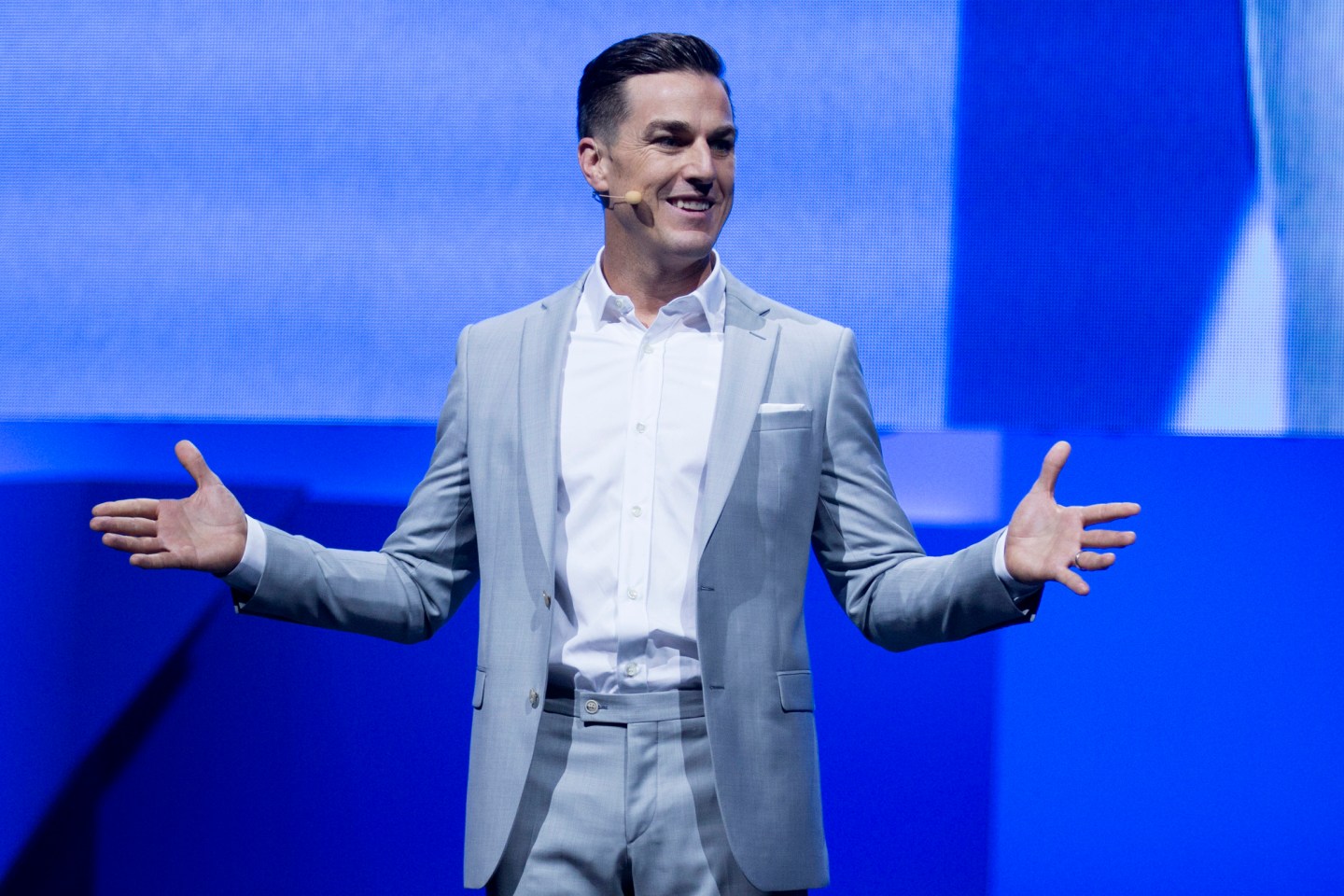 Tuesday marks the North American launch of FIFA 2017, the largest sports game franchise in the world and one of the biggest annual events in the $80 billion gaming industry. Over 100 million copies of FIFA have sold since “FIFA International Soccer” was first released in 1993, making it one of the crown jewels in the Electronic Arts’ (EA) empire.

But it wasn’t always this way—either for EA Sports’ FIFA franchise or the company itself.

In this week’s episode of Fortune Unfiltered, EA CEO Andrew Wilson sits down with Aaron Task to discuss the arc of his career, which is closely tied to the FIFA franchise.

After joining EA in 2000, Wilson started on a small surfing game, ultimately working his way up through the company. A few years into his tenure, he moved to Vancouver to join the EA Sports FIFA development team.

At the time, FIFA was the number two soccer game on the market, behind Pro Evolution Soccer, and it was struggling. Under Wilson’s leadership, EA Sports FIFA broke out and became a juggernaut.

“We were, I think, 19 different nationalities, speaking 20 different languages,” Wilson recalls. “We were like the UN of game development… but we all shared this one love. We shared this love for football.”

Leading the revival of FIFA’s brand was a prelude to Wilson’s overall success at EA after being named CEO in September 2013.

In the four years prior, the company endured losses totaling $2.5 billion, a tumbling share price, and was named “Worst Company in America” by Consumerist (a unit of Consumer Reports) in 2012 and in 2013. After Wilson took over, EA notched big revenue increases and doubled its stock price in 2014.

In addition to being a soccer fan, Wilson is an avid surfer and a brown belt in Brazilian Jiu-Jitsu. He brings a fighter’s mentality to the business world, stating: “Even when you get to a really strong position… you always have to be moving forward.”

EA has remained successful by placing value on the players and their experiences, while adapting to the constant changes of the video game industry.

“If we start every conversation with ‘what is good for the player’, then ultimately we will all orient towards a single point of inflection,” says Wilson, whose mission statement for the company is to “inspire the world to play.”

Listen to the full episode of Fortune Unfiltered to learn more about the blue collar kid from Geelong, Australia, who didn’t know what he wanted to do before landing the career of a lifetime.

“My life is a series of unbelievable people who looked at me and said, ‘Yeah, we’ll take a bet on you,’” Wilson recalls, before describing the traits he looks for in young people he’s willing to make a bet on.