How Samsung Sees a Profit Jump Despite the Note 7 Recall 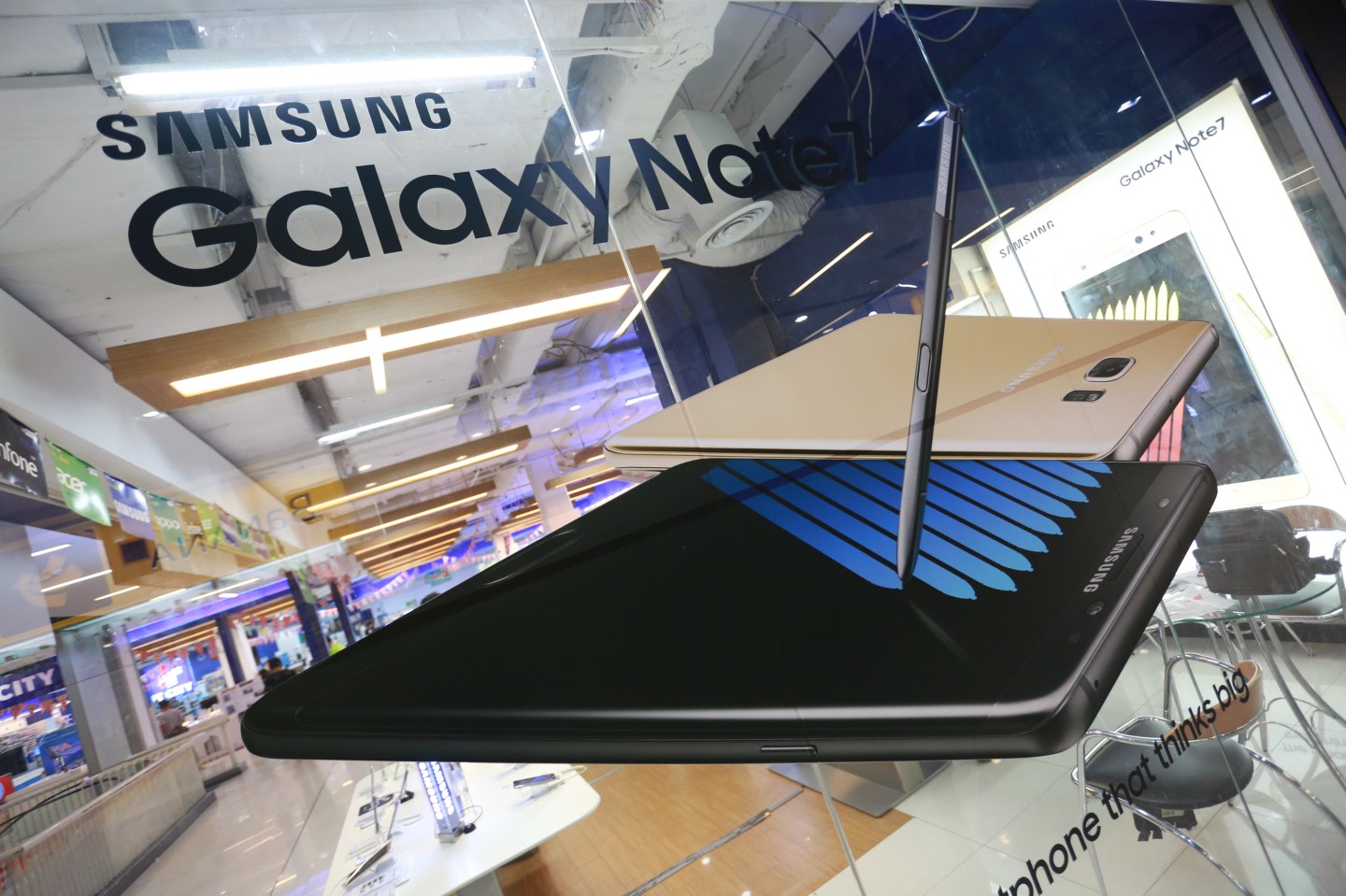 Samsung Electronics in Thailand announced a recall of its Samsung Galaxy Note 7 to its Samsung mobile customers through fan pages. Thailand promoted the product "Samsung Galaxy Note 7" from 2-4 September 2016. After a company official reports that a few of the devices exploded while being charged. (Photo by Adisorn Chabsungnuen/Pacific Press/LightRocket via Getty Images)
Adisorn Chabsungnuen/Pacific Press/LightRocket via Getty Images

The firm won’t issue full results until late October and gave no details on the cost of recalling about 2.5 million Galaxy Note 7 phones after batteries caught fire. Analysts have said the Note 7 woes – rumbling on with Wednesday reports of a smoking battery in a replacement device – could have undercut mobile earnings by at least 1 trillion won.

“Obviously the Note 7 recall costs were reflected but (business) segments such as memory and OLED (organic light-emitting diode) displays did well and will probably continue to do so until at least next year,” said IBK Asset Management fund manager Kim Hyun-su.

Paul Romano, chief operating officer at U.S.-based electronic component distributor Fusion Worldwide, said the firm’s clients, which include Samsung, are currently having a harder time procuring memory chips. Some smartphone makers are also trying to secure more of the chips as they see an opportunity capitalize on Samsung’s mis-steps and boost handset sales, Romano said.

“Sometimes this creates a seize mentality – everyone tries to manage the risk,” said Romano. “Often the response is to procure new product, trying to grab what’s left of a shrinking pile of supply.”

Researcher TrendForce says contract prices for DRAM chips – used in temporary data usage – will rise by more than 10% in October-December. Demand is outpacing supply in the market for NAND chips used for long-term data storage during the third quarter, the researcher added, tipping prices to continue rising.

The stock touched a record high of 1.716 million won on Thursday after Samsung said it was “carefully reviewing” the proposals by activist investor Elliott Management for a radical corporate makeover that would split Samsung Electronics into a holding vehicle for ownership purposes and a separate operating company.

Samsung didn’t comment on Friday on how it plans to respond to the Elliott proposals.