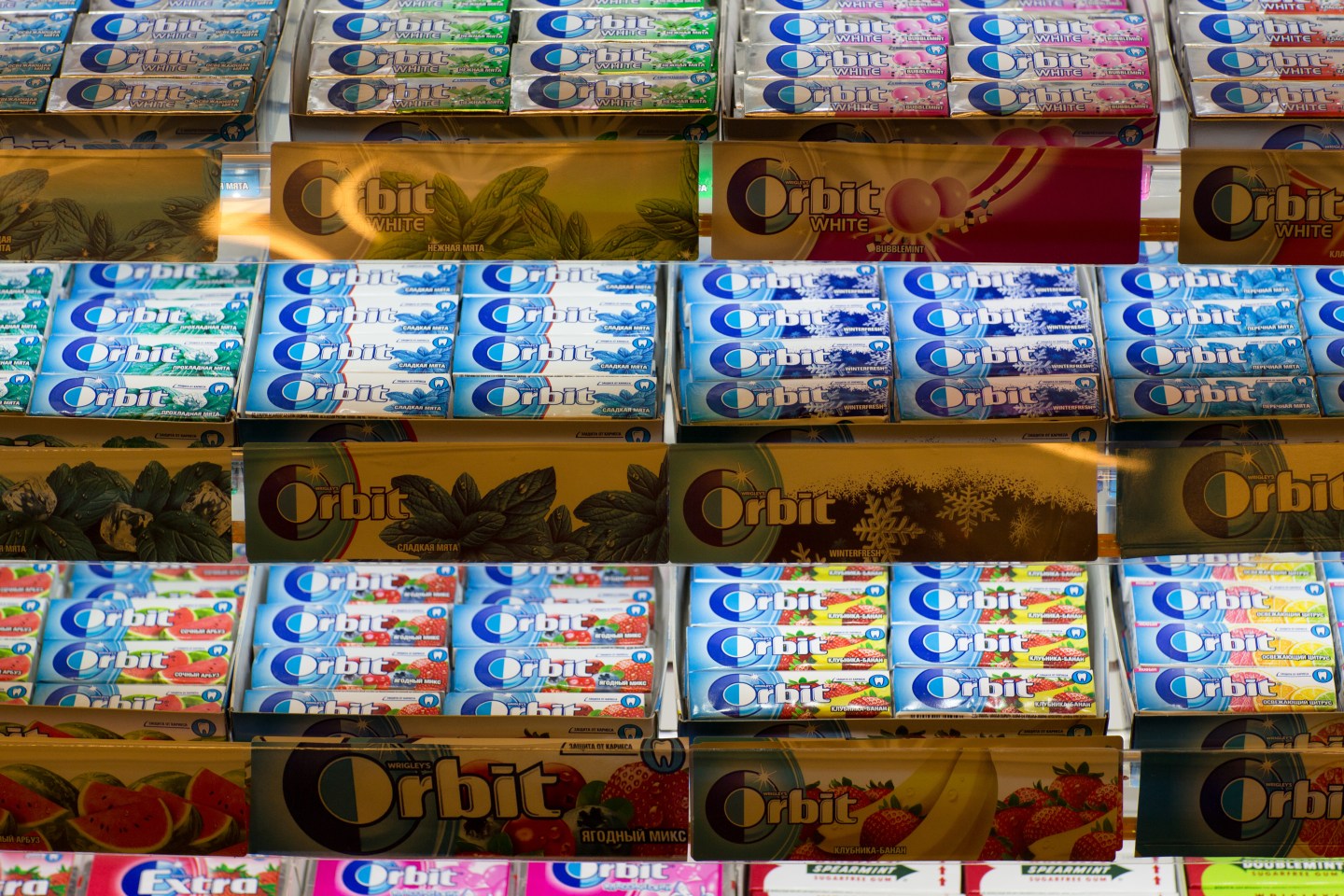 Packets of Orbit branded chewing gum sit on display inside the Wrigley's plant, operated by Mars Inc., in St. Petersburg, Russia, on Wednesday, Sept. 14, 2016. Mars Inc. is calling on the U.S. Food and Drug Administration to issue voluntary guidelines for how much salt should be in processed food. Photographer: Andrey Rudakov/Bloomberg via Getty Images
Andrew Rudakov—Bloomberg via Getty Images

Mars Inc. has inked a deal with Warren Buffett’s Berkshire Hathaway (BRK-A) to take full control of the Wrigley brand, ending a partnership that began in 2008 when they joined forces to buy the chewing gum maker for $23 billion.

Privately owned Mars—owner of the M&M’s, Twix, and Snickers brands—on Thursday announced it made a deal with Berkshire to buy out the minority stake the conglomerate had held since 2008. At the time of that deal, Berkshire had acquired a roughly 10% stake in Wrigley that was worth $2.1 billion. More recently, that investment swelled to 19.4% ownership, the Financial Times has reported.

The exit for Buffett somewhat lessens his bet on junk food makers, though the famed investor—who has proudly boasted he eats like a six-year-old—still has a craving for food stocks. Berkshire holds stakes in Coca-Cola (KO), Kraft Heinz (KHC), and Mondelez (MDLZ). The company also owns Dairy Queen and See’s Candies outright.

“We are grateful for the strong and productive partnership we have with Warren Buffett and Berkshire Hathaway,” Mars president and CEO Grant Reid said in a statement. “We’re equally pleased that sole ownership of Wrigley provides us with an opportunity to rethink how we simplify our Chocolate and Wrigley businesses so that we can bring a more holistic approach to this vibrant category.”

Mars Chocolate and Wrigley will continue to operate separately for the time being, but Mars did indicate it will combine the two businesses to form Mars Wrigley Confectionery. That bigger business, which will be steered by 30-year Mars veteran Martin Radvan, will more closely integrate chocolate brands like Snickers and M&M’s with gums and mints including Doublemint, Orbit, and Lifesavers.