This Insurance Giant Is Getting Ready to Acquire Its Rivals 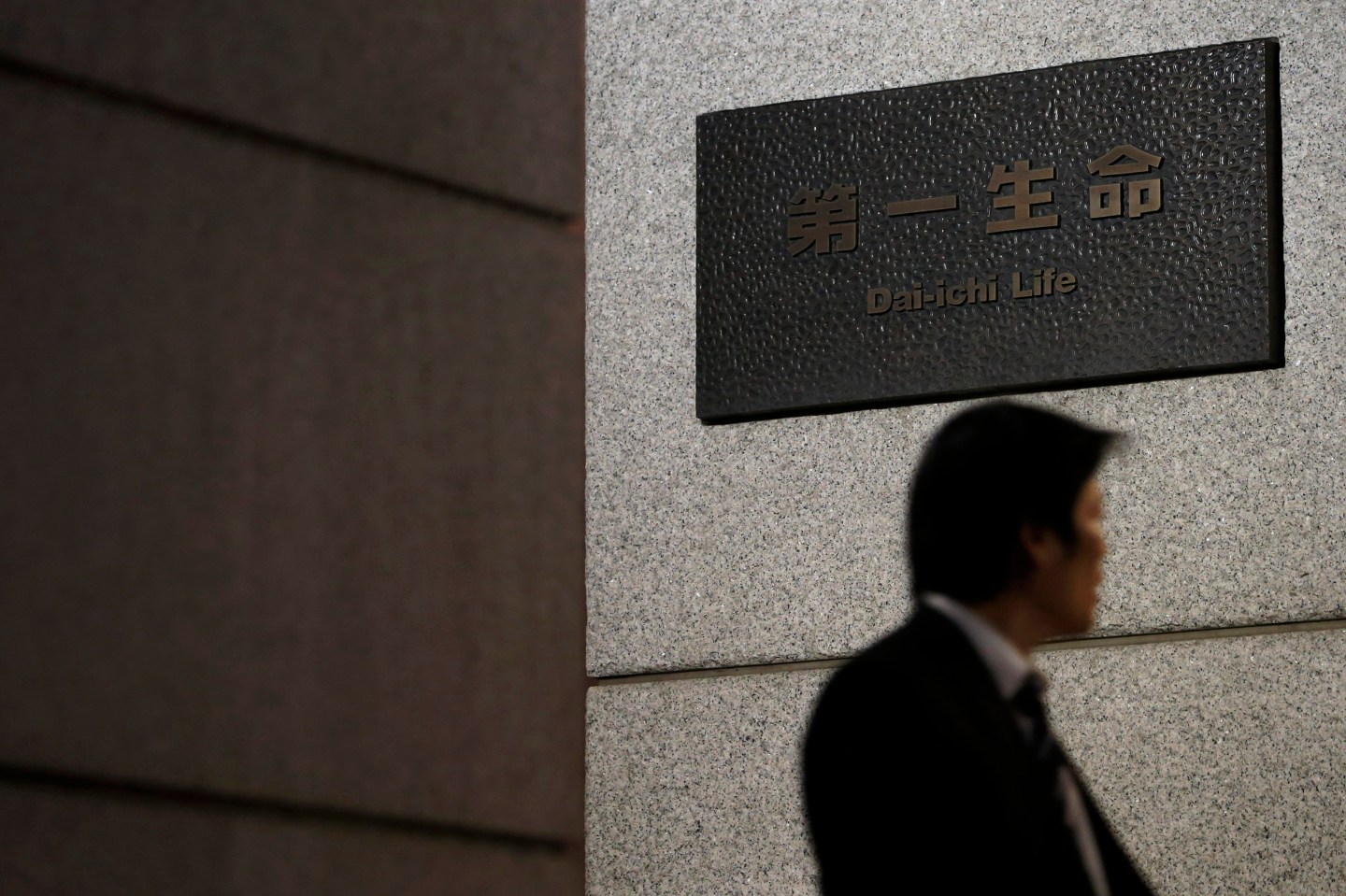 “Looking forward to 2020 and beyond, I expect there will be major changes (in the domestic life insurance industry), including M&As. We have been, and will always be, studying possible M&As in Japan,” Watanabe said.

“A holding company structure can flexibly and nimbly adapt to these changes,” he said, referring to Dai-ichi’s move this month to reorganize itself as an insurance holding company.

Japan is the world’s second-largest life insurance market after the United States, with about $400 billion in annual premium income.

Life insurers have been hit by diminishing investment returns as the Bank of Japan’s massive stimulus measures have driven down yields on Japanese government bonds (JGBs).

Dai-ichi and major rivals have effectively stopped buying JGBs this year and are increasing purchases of riskier but higher-return assets like foreign bonds.

Watanabe said the impact of ultra-low interest rates will have a gradual negative impact on insurers.

“The real risk to insurance companies emerges when interest rates start going up,” he said. “Those locking themselves with very low-yield assets are losing financial strengths to withstand the shock,” he said.

For instance, there could be insurers that cannot withstand a bump in the number of policyholders canceling contracts to switch for higher-return ones, he said.

To counter the low yields, Japanese insurers have been on an overseas acquisition spree. Sompo Holdings announced just a day ago it will buy U.S. property and casualty insurer Endurance Specialty Holdings Ltd for $6.3 billion.

Dai-ichi too has been acquisitive overseas, buying U.S. insurer Protective Life last year for $5.6 billion. Watanabe said more acquisitions, including some big deals, were under consideration but declined to elaborate.

But he added he has to be also mindful of stricter capital requirements likely to be introduced in Japan in future.

Dai-ichi was in the spotlight earlier this week when London-based asset manager Henderson Group agreed a $6 billion deal to buy U.S. rival Janus Capital Group in which the Japanese insurer is the biggest shareholder with a 20% stake.

Watanabe spoke to Reuters before that deal was announced.