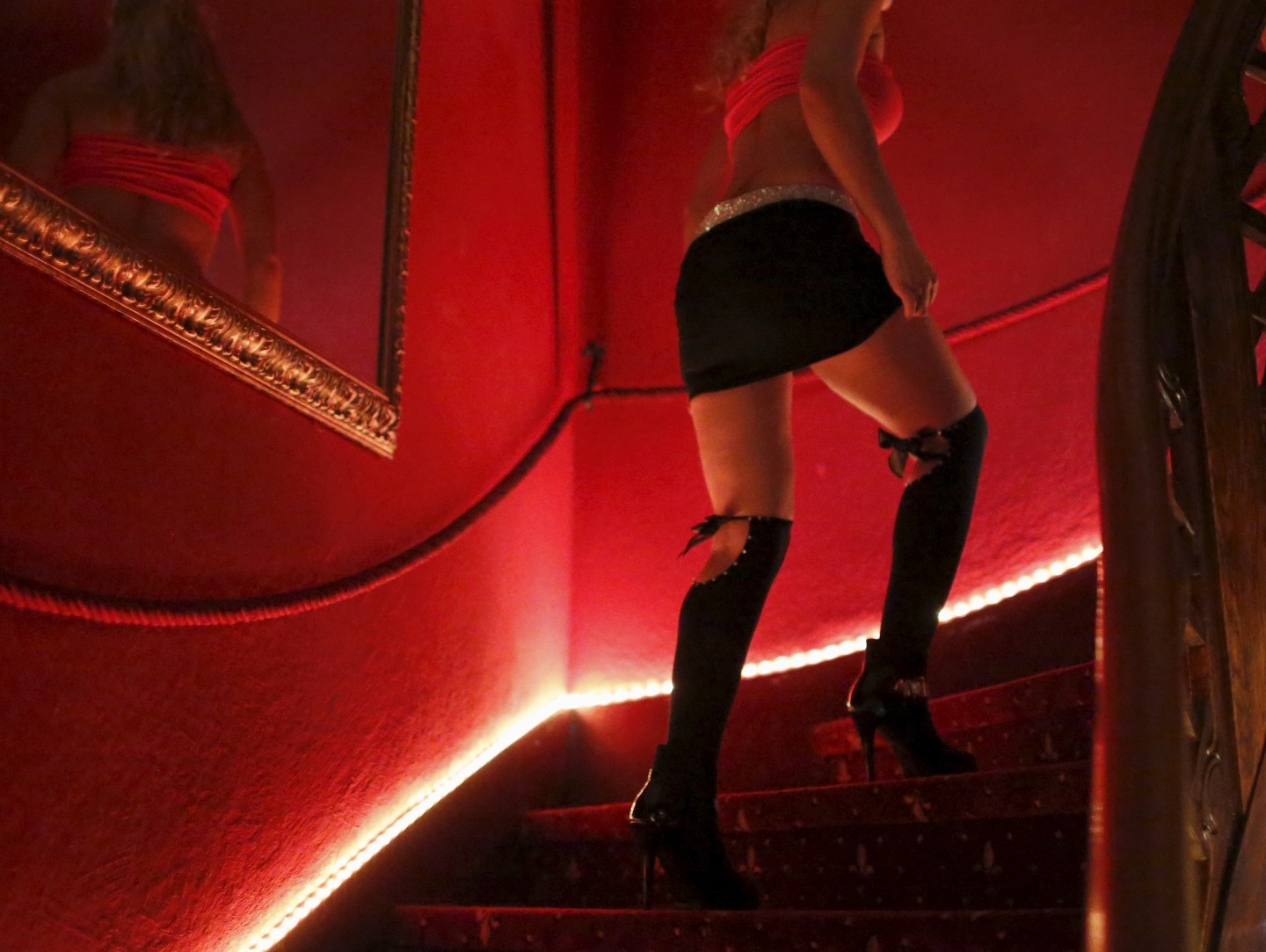 A woman walks up the stairs in Pascha nightclub in Salzburg, Austria, June 16, 2015. The nightclub is offering customers free sex in a summer-long protest over what its owner sees as punitive tax payments. "We are not paying taxes any more. Effective immediately: Free Entrance! Free Drinks! Free Sex!" the Pascha establishment in Salzburg posted on its website. Owner Hermann "Pascha" Mueller told Reuters he would compensate from his own pocket money that prostitutes working at the club will forego. Picture taken June 16, 2015. REUTERS/Leonhard Foeger - RTX1GVTC
© Leonhard Foeger / Reuters REUTERS

Carl Ferrer, chief executive of advertising website Backpage.com, was arrested on Thursday on criminal charges including pimping, as authorities investigate the company which has been accused of facilitating sex trafficking of minors.

The attorneys general of Texas and California said in a statement that Ferrer had been taken into custody in Houston on a California warrant.

Backpage, the second-largest U.S. online classified ad service after Craigslist, has faced scrutiny from the U.S. Senate as well as civil lawsuits over allegations that the site facilitates sex trafficking, especially of children.

Kristin Ford, a spokeswoman for California Attorney General Kamala Harris, said Ferrer would appear in a Texas court for an extradition hearing unless he waives it.

Attorneys for Backpage.com could not immediately be reached for comment.

Harris also announced a criminal charge on Thursday against the controlling shareholders of Backpage.com, Michael Lacey and James Larkin. Ford said warrants have been issued for Lacey and Larkin but they are not in custody.

The Senate voted 96-0 earlier this year to hold Backpage in civil contempt after it did not comply with a subpoena to hand over documents explaining how it combats sex trafficking in ads on the adult section of its website.

One civil lawsuit against Backpage was filed in 2012 in Washington State by three young teenagers who alleged they were raped multiple times after being advertised on the site. The girls, the oldest of whom was 15, sued Backpage for claims including sexual exploitation of children, alleging its posting rules were intended to instruct pimps how to post trafficking ads that evade law enforcement.

Backpage argued its rules are meant to prevent unlawful posts and invoked the federal Communications Decency Act, asserting they are not responsible for the ads because they were third-party content. Some free speech advocates filed briefs in support of its position.

Earlier this year, however, a similar trafficking case involving children against Backpage in Massachusetts was dismissed by a federal appeals court, which said the free speech principles embodied in the Communications Decency Act were paramount.