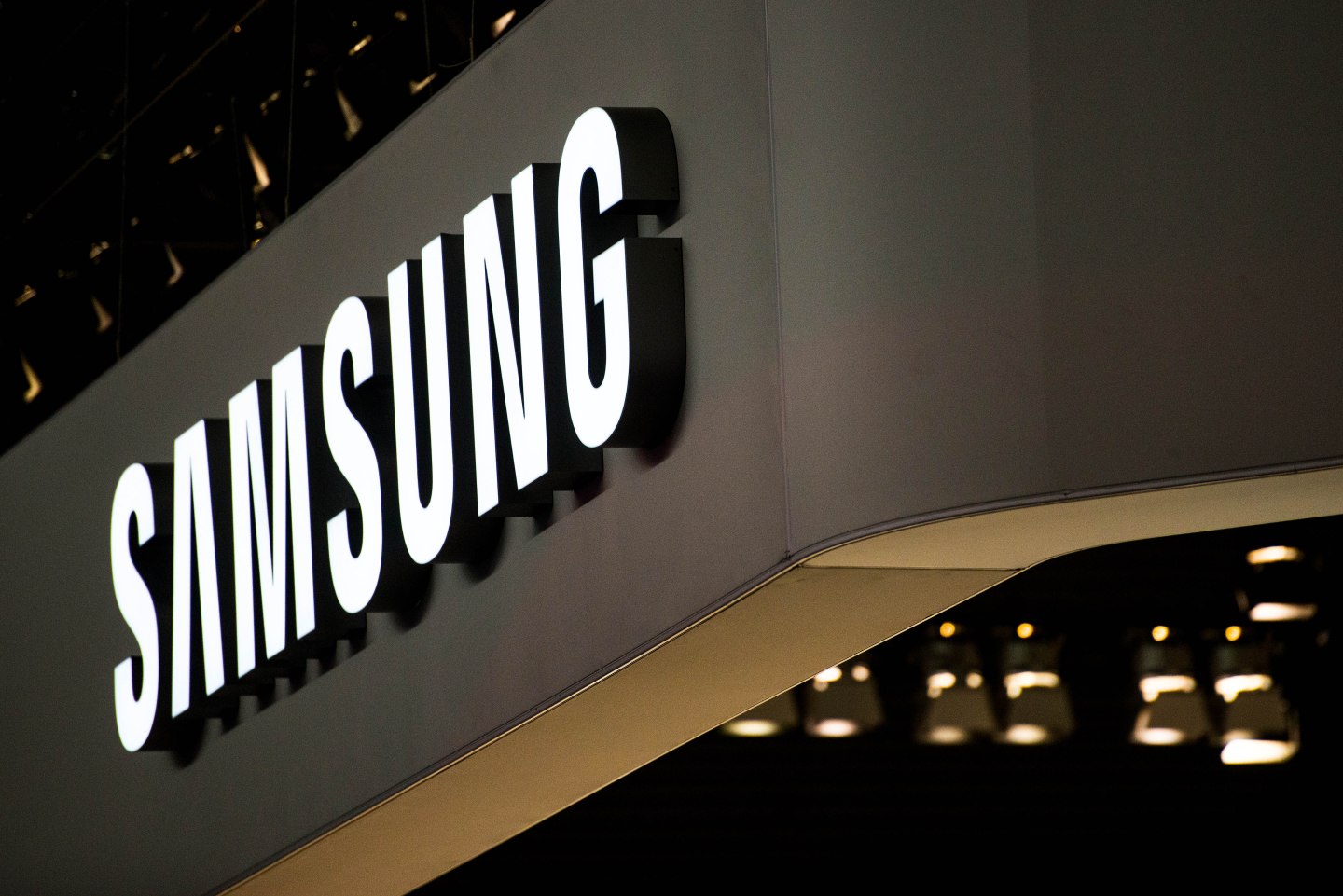 BARCELONA, SPAIN - MARCH 03: A logo sits illuminated outside the Samsung pavilion during the second day of the Mobile World Congress 2015 at the Fira Gran Via complex on March 3, 2015 in Barcelona, Spain. The annual Mobile World Congress hosts some of the wold's largest communication companies, with many unveiling their latest phones and wearables gadgets. (Photo by David Ramos/Getty Images)
David Ramos/ Getty Images

Samsung said in a statement it plans to integrate the San Jose-based company’s AI platform, called Viv, into the Galaxy smartphones and expand voice-assistant services to home appliances and wearable technology devices.

Technology firms are locked in an increasingly heated race to make AI good enough to let consumers interact with their devices more naturally, especially via voice.

Alphabet’s Google is widely considered to be the leader in AI, but others including Amazon.com, Apple and Microsoft have also launched their own offerings including voice-powered digital assistants.

Samsung, the world’s top smartphone maker, is also hoping to differentiate its devices, from phones to fridges, by incorporating AI.

The acquisition of Viv could help the Korean firm shore up its competitiveness at a time when Google’s new Pixel smartphones – armed with the U.S. firm’s voice-powered digital assistant – threatens Samsung and other smartphone makers who are largely reliant on the Android operating platform.

“Viv brings in a very unique technology to allow us to have an open system where any third-party service and content providers (can) add their services to our devices’ interfaces,” Rhee In-jong, Samsung’s executive vice president, told Reuters in an interview.

The executive said Samsung needs to “really revolutionise” how its devices operate, moving towards using voice rather than simply touch. “We can’t innovate using only in-house technology,” Rhee said.

Viv chief executive and co-founder Dag Kittlaus, a Siri co-creator, and other top managers at the firm will continue managing the business independently following the acquisition.

Rhee told Reuters Samsung will continue to look for acquisitions to bolster its AI and other software capabilities, without naming any targets.