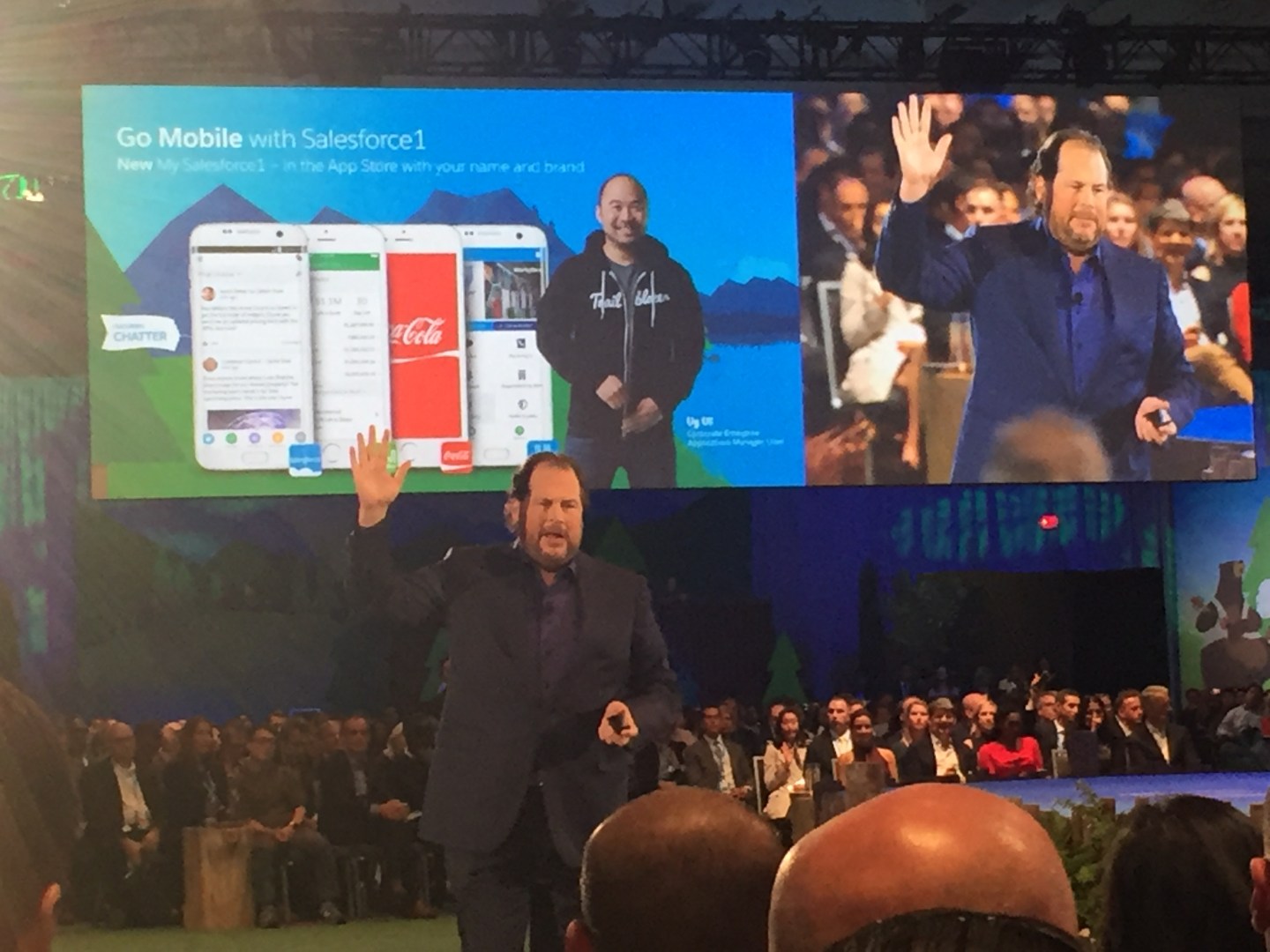 But it wasn’t just all technology and business. Several special guests appeared during Benioff’s talk on Wednesday, livening up what can otherwise be a long, bland event. Here’s a few interesting asides that add a surreal touch to the hawking of technology:

A Black Eyed Pea gets down with sales software

Music performer Will.i.am, who appeared on stage at Salesforce’s Dreamforce event, is quickly becoming a fixture at technology conferences. Just a few weeks ago, the Black Eyed Peas member spoke at an Apple media extravaganza in San Francisco where he showed off an updated version of the group’s song Where Is the Love? and its accompanying music video that focuses on social activism interspersed with images of war and injustice. Will.i.am explained to Salesforce attendees —mostly salespeople—how they have the power to influence the lives of impoverished youth.

“I want to remind you of how powerful you are and how you can change inner cities,” the pop music star said.

This year, Salesforce invited several Buddhist monks to its show to lead sessions dedicated to meditation and mindfulness. Benioff thanked the monks during his boisterous keynote and told the audience that he invited them to teach “us how to mediate and calm down and relax.”

“We need it badly,” Benioff said.

Several monks attended the keynote session, and were seated near the front where members of the press were sitting. You can’t help but wonder if it was just a coincidence that the monks were placed right in front of cynical, stressed-out reporters.

It wouldn’t be a Salesforce conference without some pageantry by people in plush, cartoony costumes as if they worked at Disneyland. The cloud software company’s long-time mascot SaaSy was joined this year by some new friends, like a plush, lovable Albert Einstein and a giant Bear named Codey. These goofy creatures frolicked and danced to tunes like Somewhere Over The Rainbow, performed during the lead-up to the keynote by a smooth-jazz band with a hint of Hawaiian music.

The Einstein caricature was supposed to represent a friendly and silly version of the renowned physicist Albert Einstein, which Salesforce named its much-promoted data analytics technology after.

Cody the Bear is the mascot for the company’s new Trailhead Zone at the conference, where attendees can learn how to use Salesforce’s apps.