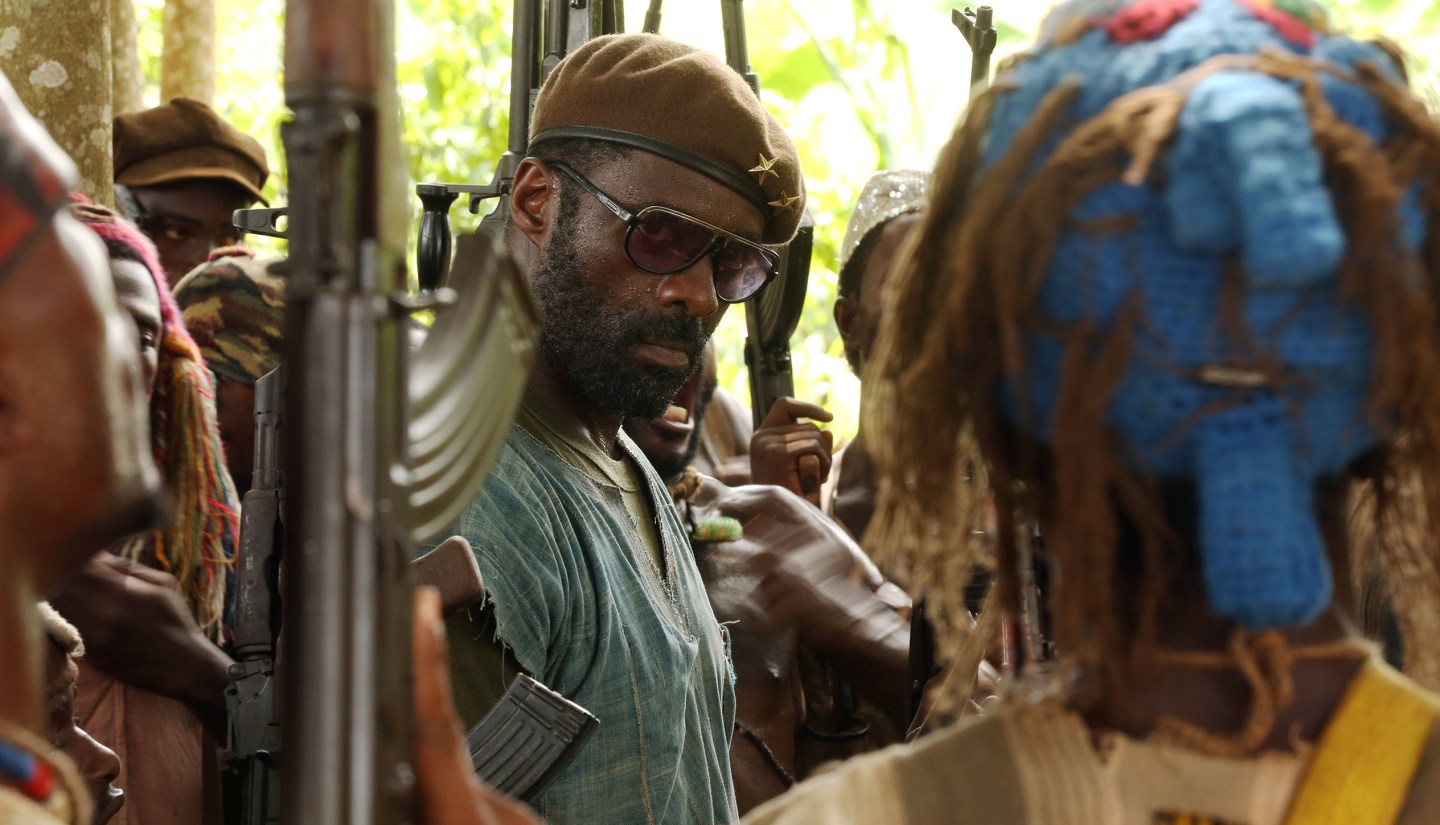 This story has been updated with Netflix’s confirmation of the deal.

In another step in its march into traditional Hollywood territory, Netflix has inked a deal with the luxury movie theater chain iPic Theaters to release its original films on-screen the same day they appear on the Netflix streaming service.

Last year, Netflix simultaneously released its first feature film, Beasts of No Nation, both online and in Landmark theaters in 19 U.S. markets. But this deal goes much further, the Wall Street Journal reports. In the first long-term deal with a theater chain, Netflix will show its movies in iPic cinemas in New York and Los Angeles, and will have the option of showing them at iPic’s 13 other locations.

When contacted by Fortune, Netflix confirmed the Journal‘s description of the reported agreement. “For now, nothing else [is] coming down similar to this deal,” a Netflix spokeswoman added in an email.

With this deal, Netflix (NFLX) returns to one of its greatest arguments with Hollywood and traditional theater owners: its fight to end the exclusive “theatrical window” Hollywood grants theaters before movies can be watched at home via streaming services. Theater owners and Hollywood have defended the window by claiming that movies shown first in a theater are different—higher quality, that is—than those that appear simultaneously on home screens.

“Consumers think that if a movie is available at home at the same time as the cinema, it must not be that good,” John Fithian, CEO of the National Association of Theatre Owners trade organization told Fortune‘s Michael Lev-Ram earlier this year. Fithian earlier called Netflix a “grave threat to the movie business.”

But as Lev-Ram wrote in the Fortune story “How Netflix Became Hollywood’s Frenemy”:

Netflix has been just as outspoken, claiming that theater owners are stifling innovation. A smaller window, or a nonexistent one, would give Netflix and its subscribers faster access to first-run movies. And if Netflix were to make streaming-only movies that generate blockbuster-style buzz and audience interest, more studios might consider taking a chance on earlier streaming of their own movies.

While Netflix may scoff at the perceived quality difference between theatrical and direct-to-streaming films, it seems that it accepts the existence of that difference in public perception. Speaking to the Journal, Netflix’s Sarandos painted the decision to show Netflix movies on iPic screens as a way to certify their quality in the public’s eyes.

“Putting it in a theater might create a shorthand for people to understand these are really big movies,” he said. “These are not ‘TV movies.'”

iPic will inaugurate its new New York City multiplex, which opens Friday in the renovated Fulton Market at the South Street Seaport, with Netflix’s The Siege of Jadotville, starring Fifty Shades of Grey‘s Jamie Dornan.

Netflix will presumably be hoping that the movie does better on the big screen than Beasts of No Nation, which pulled in a very modest $90,777 according to numbers from Box Office Mojo. Then again, box office revenues might not have been the point: Netflix’s Sarandos told Deadline that the movie got over 3 million streaming views in North America in its first 10 days of release alone.

The company could have other news up its sleeve as well: Its stock jumped yesterday as speculation of a potential buyout by Disney (DIS) zoomed through Wall Street.