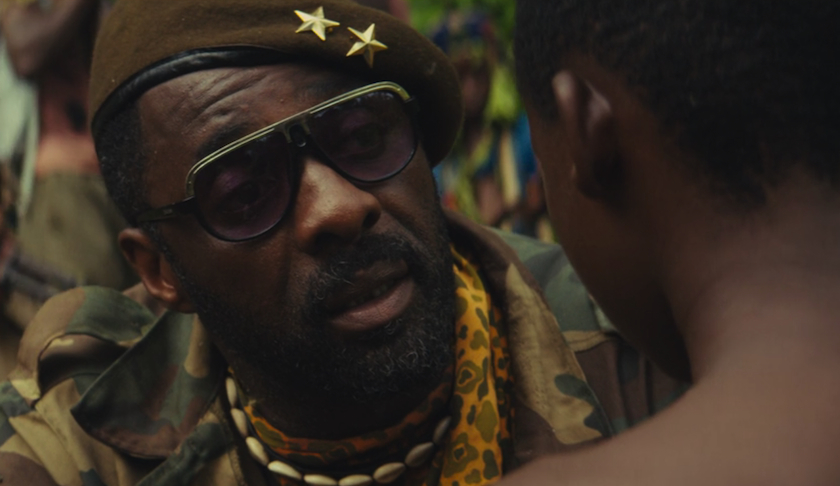 Idris Elba in "Beasts of No Nation"
Courtesy of Netflix

Netflix has already made its mark with critically acclaimed original series like House of Cards and Orange is the New Black. Now the streaming service is debuting its first feature film—both online and in theaters.

Beasts of No Nation, a war drama based on a novel by Uzodinma Iweala, follows the life of a 14-year-old child soldier in an unspecified African country as he fights under a warlord played by Idris Elba.

Netflix (NFLX) is releasing the film, written and directed by Cary Fukunaga of HBO’s True Detective fame, in both movie theaters and online.

Netflix’s decision to debut Beasts in theaters is a calculated move. In order to become eligible for an Oscar, the company must ensure that movies appear online “on or after the first day” they are shown in theatres. The film will play in Landmark theaters in the US and at Curzon’s arthouse locations in the UK from today, ticking all of the requisite boxes.

Netflix has a slew of other films in production as it tries to plant a flag in the feature film industry. Other titles in the works include Adam Sandler’s The Ridiculous Six, Pee-Wee’s Big Holiday, and a sequel to Crouching Tiger, Hidden Dragon.