Dubai Is on Track to Become the World’s Busiest Airport 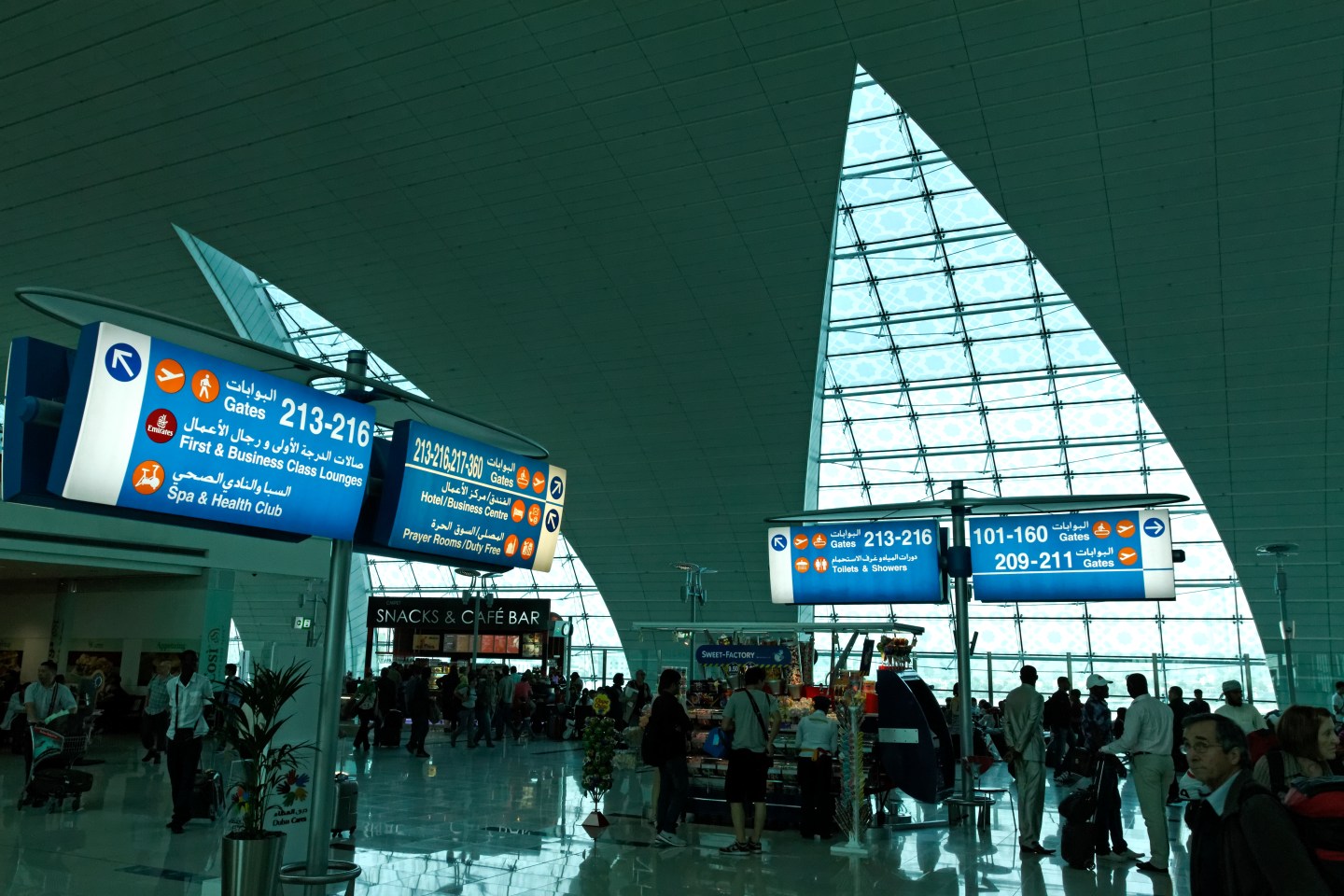 Dubai International Airport could become the world’s busiest passenger airport within this decade.

Passenger traffic in Dubai grew from 78 million last year to 83 million in 2015, and 90 million people are expected to use the airport into 2017, Bloomberg reports. An Emirates airline expansion has reportedly spurred the growth.

Paul Griffiths, CEO of Dubai Airports, told Bloomberg that the airport’s growth rates are more than double what high-traffic airports in Beijing and Atlanta already experience. Dubai jumped from the sixth to third busiest spot in 2015, according to CNN.

Atlanta Hartfield-Jackson, the main hub for Delta (DAL), is currently the world’s busiest, processing 5.3 million additional passengers for a total of 101.5 million in 2015. And Beijing is a close second, adding 3.8 million passengers last year for a traffic total of 89.9 million. It may not be long before Dubai outpaces both airports.

In August, an Emirates flight from India caught fire after it made an emergency landing at the Dubai airport, but Bloomberg reports it didn’t affect its annual traffic target. The country’s civil aviation regulator is still investigating the incident and has released an interim report.

Fortune has reached out to Dubai International Airport and will update the story if we receive a response.