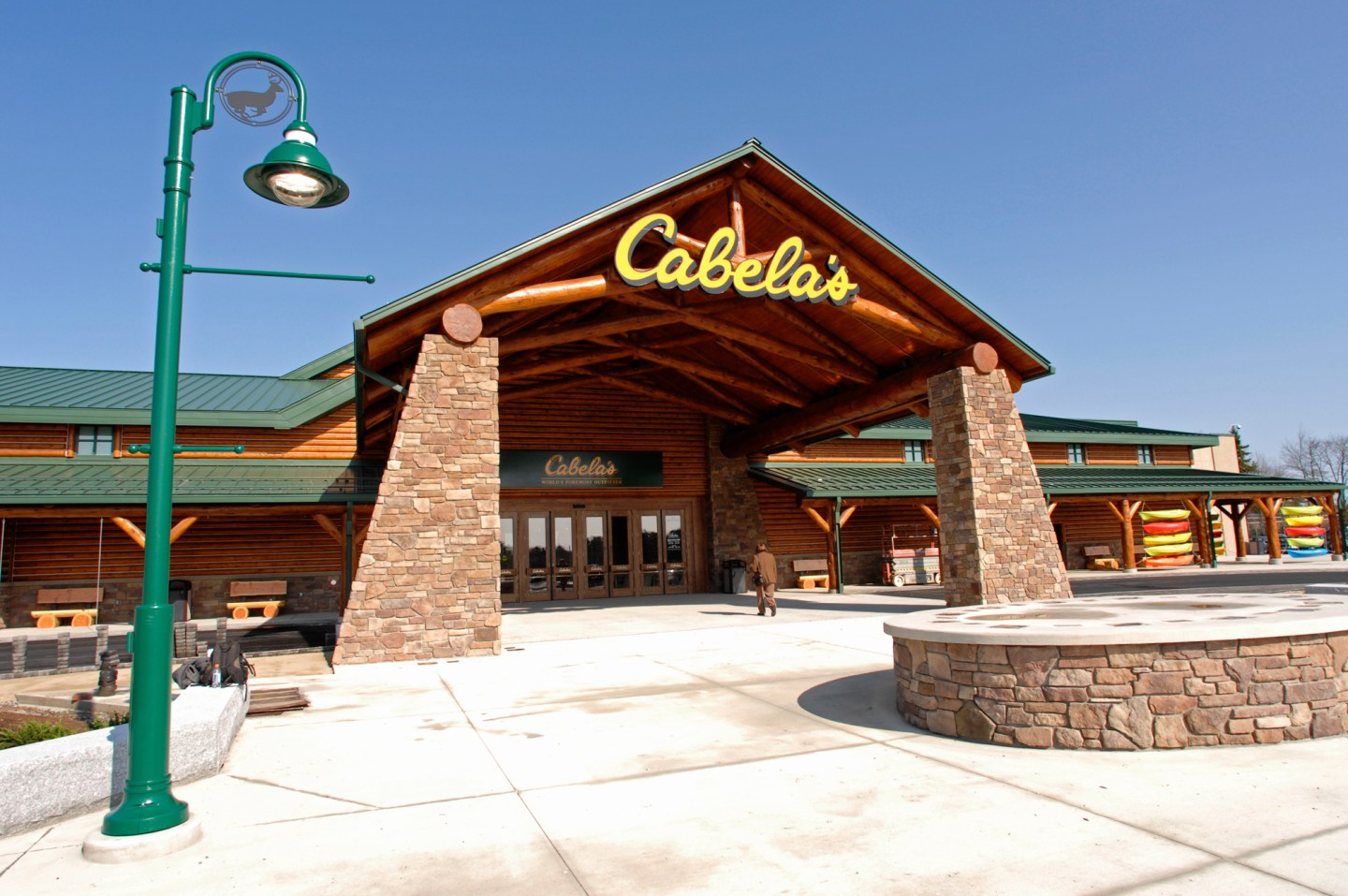 A consortium of Bass Pro Shops, Goldman Sachs Group’s private equity arm and Capital One Financial Corp is in the lead to acquire U.S. outdoor gear retailer Cabela’s, according to people familiar with the matter.

The deal would unite two of the country’s largest hunting and fishing retailers and likely face antitrust scrutiny. It would come close to a year after Cabela’s said it would explore strategic alternatives, including a potential sale, after coming under pressure from activist fund Elliott Management Corp.

The exact price the Bass Pros consortium was offering for Cabela’s could not be immediately learned. But the deal is set to value Cabela’s well in excess of $4 billion, according to the sources.

The Bass Pro consortium has so far prevailed over a rival bid from private equity firm Sycamore Partners, which had teamed up with U.S. credit card company Synchrony Financial to make an offer, the people said. While it is still possible that the outcome changes, a deal could be announced as early as this week, the sources said.

The sources asked not to be identified because the deliberations are confidential. Cabela’s and Goldman Sachs (GS) declined to comment, while Capital One and Bass Pro did not immediately respond to requests for comment.

Sidney, Nebraska-based Cabela’s (CAB) and Springfield, Missouri-based Bass Pro have been meccas for outdoor enthusiasts since their respective foundings in 1961 and 1971. As the broader retail industry has struggled to compete with internet retailers such as Amazon (AMZN), Bass Pro and Cabela’s have been targeting customers seeking a one-stop shop for entertainment, expert advice and shopping.

The companies have also at times benefited from their significant hunting-gun businesses, as the industry experiences steep swings in sales amid uncertainty around gun law changes.

Both retailers have a foothold across the United States, with overlap in states that include Texas, Missouri and Kansas. Still, Cabela’s roughly 80 stores have a stronger Northwest presence, while Bass Pro’s approximately 100 stores are more concentrated in the U.S. Northeast.

Reuters reported last week that Bass Pro and Goldman Sachs had teamed up with Capital One, which is interested in the credit card business of Cabela’s, which is called World’s Foremost Bank. That had nearly 2 million accounts with roughly $5 billion in loans and $502 million in revenue in 2015, according to the company’s latest annual report.