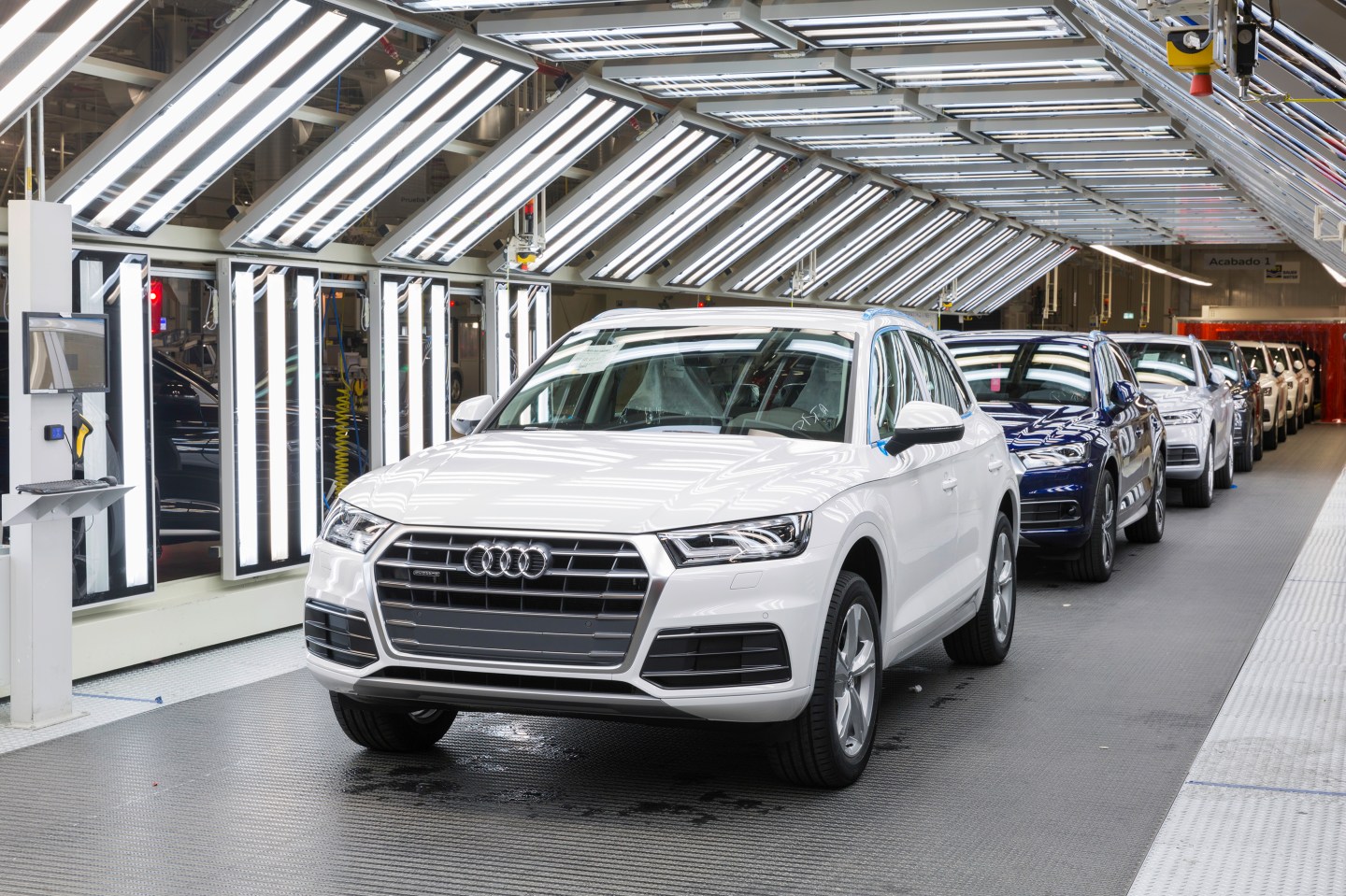 The new Audi Q5 at the finish line in assembly in the Audi plant in San José Chiapa. The plant has an annual production capacity of 150,000 Audi Q5 vehicles.
Courtesy of Audi

German car maker Audi said on Friday it had inaugurated its new plant in Mexico, where it would build the new Audi Q5 SUV.

The plant near to the central city of Puebla will have a production capacity of 150,000 cars a year, the company said.

Reuters reported in June that Audi, Volkswagen’s luxury car brand, would make an electric version of the Q5 at the plant.

“Here in Mexico we will probably soon build an SUV that can drive in electric mode,” Audi Chief Executive Officer Rupert Stadler said in a statement.