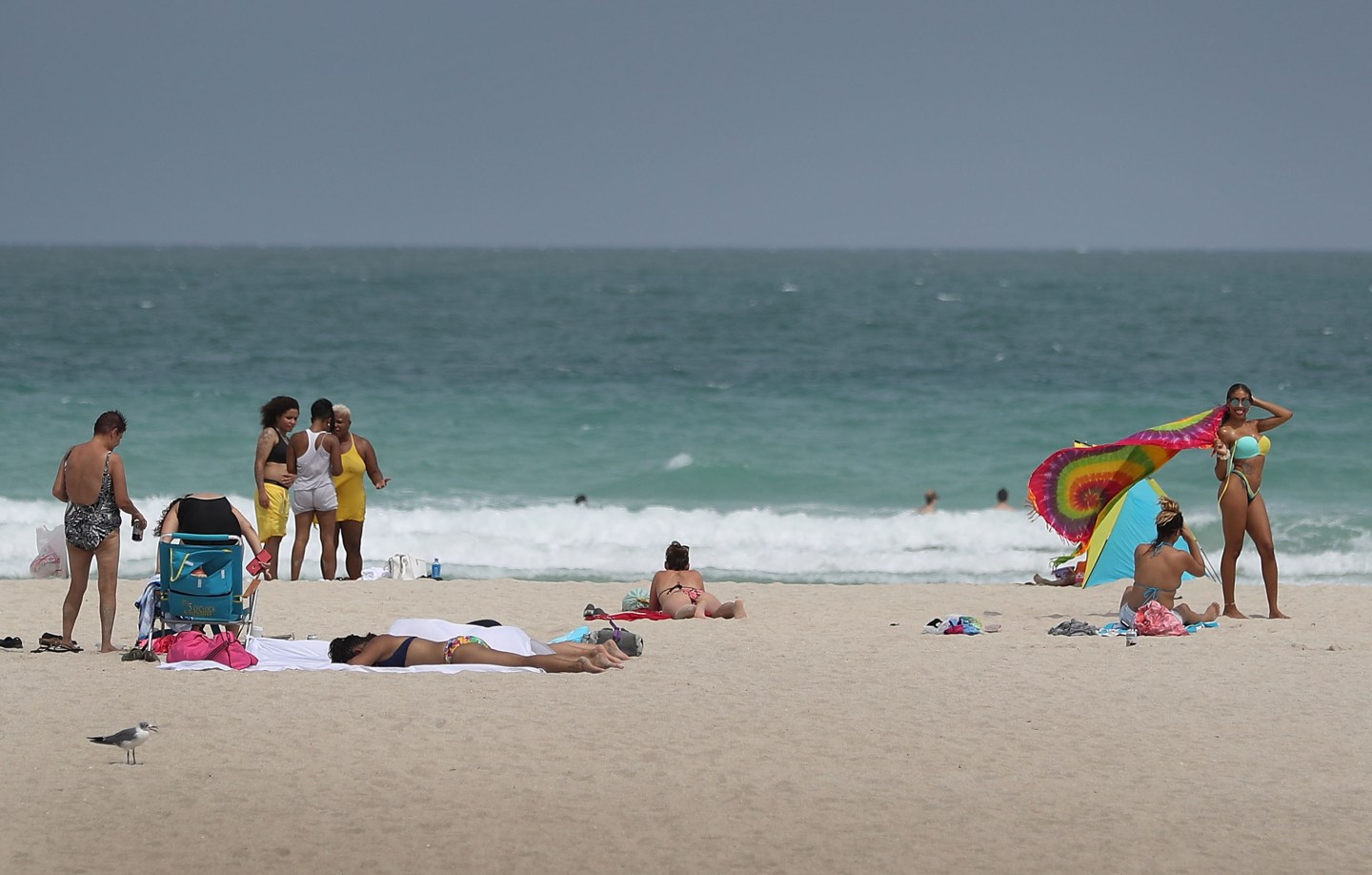 MIAMI BEACH, FL - SEPTEMBER 01: People enjoy themselves on the beach on the day that Florida state officials announced they found the Zika virus in trapped mosquitoes in the city, the first time this has happened in the continental US on September 1, 2016 in Miami Beach, Florida. 47 people have been infected with non-travel-related Zika infections in Miami-Dade County since the first case was identified just over a month ago. (Photo by Joe Raedle/Getty Images)
Photograph by Joe Raedle—Getty Images

This piece originally published on Travel+Leisure.com.

As parts of Florida works to fight against the spread of Zika, fear of the virus is making some travelers reconsider winter plans.

The number of Americans looking to travel to Florida during the state’s peak tourism season (from November to April) fell 15 percent after the discovery of locally-transmitted Zika virus, according to travel insurance provider Allianz Global Assistance.

Allianz compared the travel plans of 940,000 Americans this year with those of last year and found a considerable drop in interest across the state.

Interest in the state as a whole dropped about 15 percent: Travelers planning trips to both Tampa and Miami fell about 30 percent from last year but lesser-visited destinations in Northwest Florida—like Destin, Tallahassee and Pensacola—saw an increase in interest. Destin is projected to have the largest increase in interest this year—about 30 percent more than last year.

On August 1, the Center for Disease Control (CDC) issued a travel warning for South Florida, specifically in Miami’s Wynwood neighborhood and Miami Beach. The CDC lifted the warning for Wynwood on September 19.

According to The New York Times, a trend in bookings has emerged since Zika was first reported in the Caribbean last year: Immediately after each new CDC warning, there is a rush of cancellations. Then a little while later, there has been a slight increase in interest. In early July, searches for flights to places like Mexico, Puerto Rico, and the Dominican Republic were at their highest all year.

The Zika virus causes mild or no symptoms in most people who contract it, however there is a greater danger pregnant women because of links to microcephaly.

Cancellations for bookings seem to be coming mostly from pregnant women or young couples. The CDC urges pregnant women to consider postponing travel to Miami’s Wynwood neighborhood and to avoid Miami Beach.

For more on the health issue, watch this Fortune video:

Cailey Rizzo writes about travel, art and culture and is the founding editor of The Local Dive. You can follow her on Instagram and Twitter @misscaileyanne.