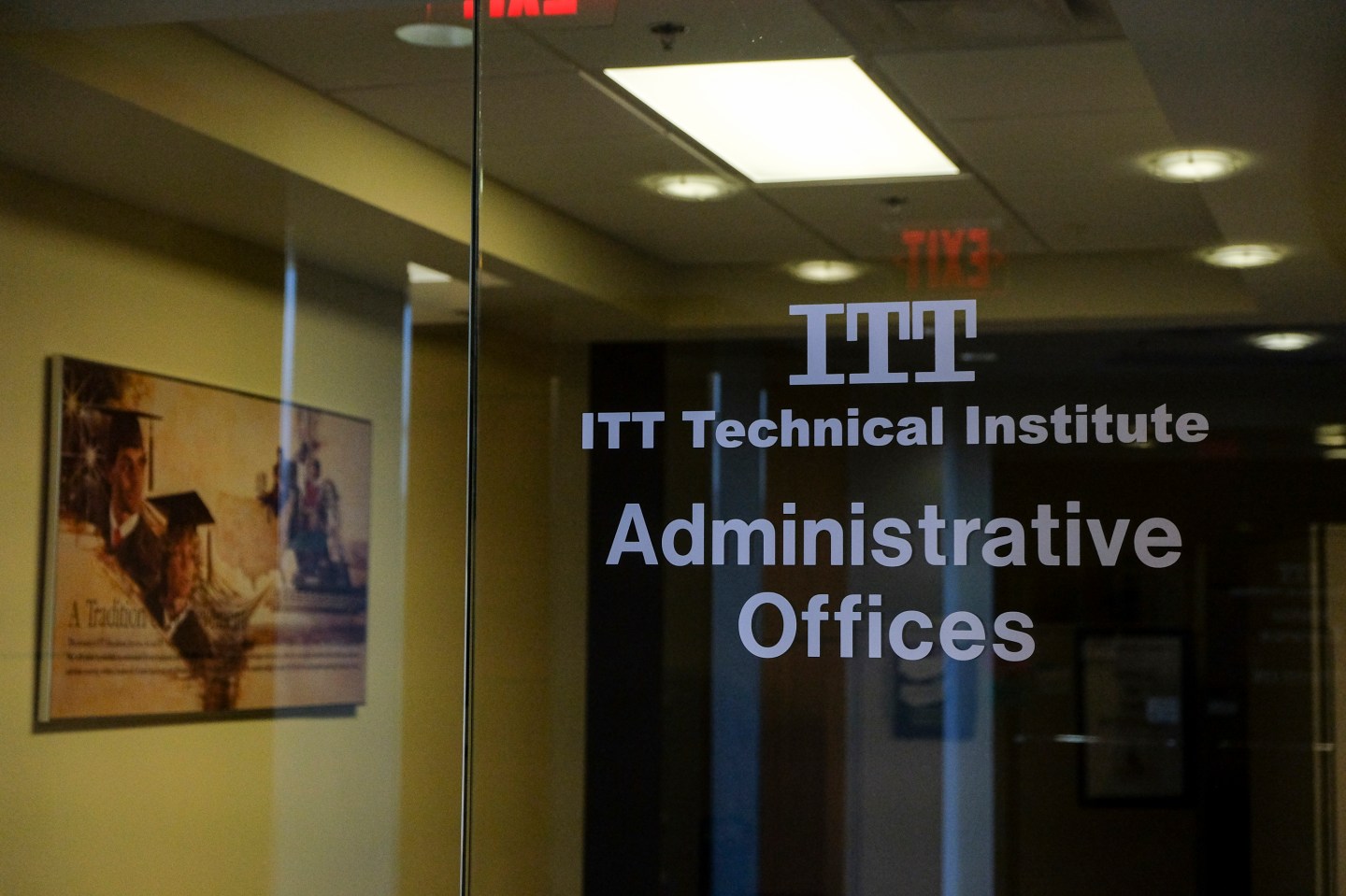 The Chantilly Campus of ITT Technical Institute sits closed and empty on Tuesday, September 6, 2016, in Chantilly, VA. ITT Educational Services, one of the largest operators of for-profit technical schools, ended operations at all of its ITT Technical Institutes today, citing government action to curtail the company's access to millions of dollars in federal loans and grants, a critical source of revenue.
Photograph by Jahi Chikwendiu—The Washington Post via Getty Images

Over one-third of federal student loan defaults can be attributed to students at for-profit schools.

The report measured the number of students or former students who had failed to make a payment for 360 consecutive days since the loan was first issued during the fiscal year ending September 2013.

That comes at a time the DoE has been increasingly cracking down on for-profit colleges such as ITT Technical Institute, DeVry, Corinthian Colleges, and Brown Mackie College. Critics have accused for-profit institutions of deceiving consumers and pushing low-income students into costly loans.

In early September, the ITT Educational Services said it would shut its doors after the DoE said that students at the college were no longer eligible for federal funding. It was a death blow, as federal student loans accounted for 68% of the company’s revenue in 2015. Corinthian Colleges was also forced to close last year, while Brown Mackie College whittled itself down from 28 locations to just four.

Adam Looney from the U.S. Treasury and Constantine Yannelis of Stanford University attribute the higher rate of student loan defaults among for-profit colleges to the poor job prospects and low earnings facing graduates in a 2015 Brookings Institute report.

“For most borrowers (and the majority of the student loan portfolio) the education investments financed with their loans are associated with favorable economic outcomes, and borrowers are able to repay their debt even during recessionary periods,” the authors wrote. “These non-traditional borrowers were drawn from lower income families, attended institutions with relatively weak educational outcomes, and experienced poor labor market outcomes after leaving school. ”

While 15% of for-profit student borrowers on a federal loan have defaulted since 2013, 7% of students at private schools and 11.3% of borrowers at public universities defaulted in the same period.

Overall, the three-year federal student loan default rate fell from 11.8% to 11.3%, the DoE reported. Though the number of borrowers has also increased from 5.1 million to 5.2 million. And that, combined with the $1.4 trillion worth of student debt in the U.S., has weighed on the minds of voters.