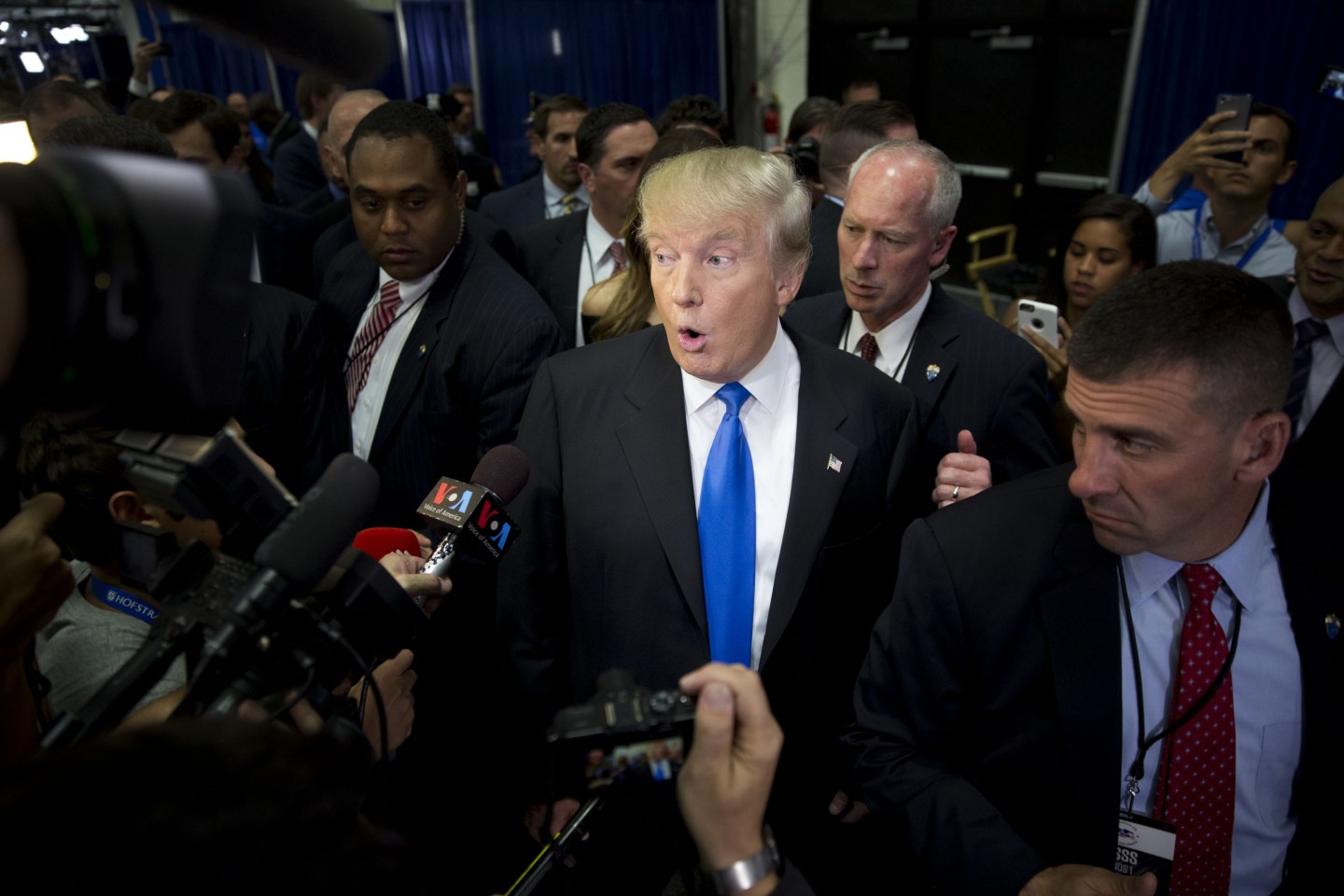 In just a single day this week, Donald Trump’s campaign says the candidate raised more than a quarter of his fundraising totals for the entire month of August.

In the 24 hours following the event, the Republican nominee for President says he saw a considerable boost in online donations. Politico reports that the Trump campaign said, “As a result of Donald Trump’s huge debate win last night, we had a massive fundraising day bringing in more than $18 million.”

Online polls seemed to overwhelmingly agree that Trump had won the first presidential debate against Hillary Clinton, though Internet polling isn’t exactly the most scientific method. CNN conducted its own poll immediately following the debate that found Clinton to be the winner by a wide margin, though most respondents identified themselves as either Democrats or Independents.

Win or lose, $18 million in just 24 hours is, as Trump might say, huge. It’s more than 25% of the $70 million his campaign brought in last month and, if he’s able to maintain this momentum, it could help him catch up to Clinton’s fundraising numbers. The Democratic candidate raised $143 million for her campaign and party during August.

Donald Trump’s campaign could not immediately be reached for comment. Fortune has also reached out to the Clinton campaign for details on her campaign contributions since the debate.