How P!NK’s Drummer Gets Over Stage Fright 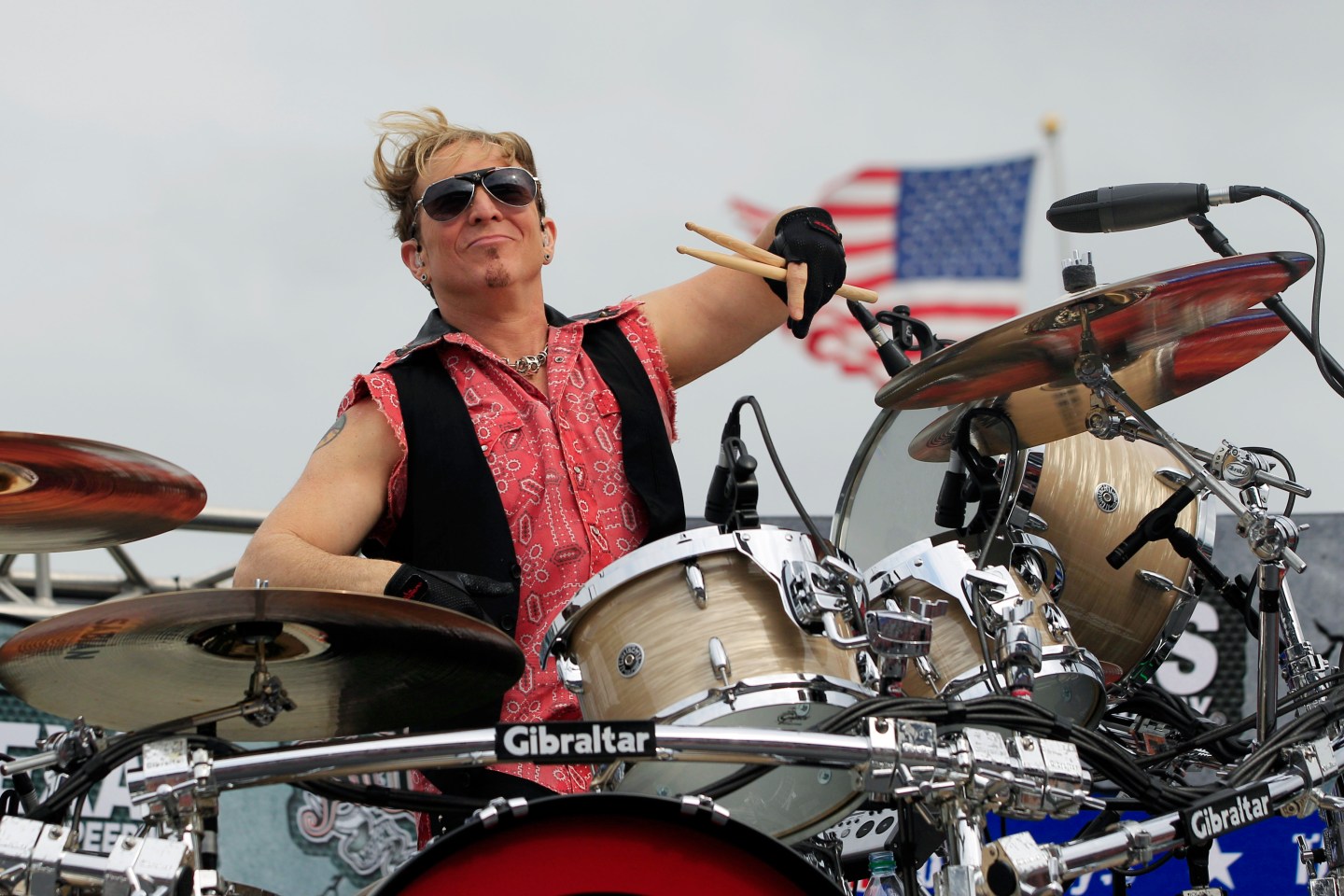 Try this exercise: Think about the biggest mistake you could make…yes THAT one! Get free to create it in your mind, exaggerate it and cause the very thing that you ‘fear’ to happen. Now you’re on your way to overcoming life’s stage fright.

As a rock drummer for bands, such as P!NK, Cher and Foreigner, I know how absolutely crucial it is to overcome and never give in to stage fright. What I’ve learned over the past 30 years is that nearly every one of us – regardless of our profession – faces a certain amount of stage fright that can hold us back in our careers. But it does not have to be that way.

I believe that what we perceive as fear, particularly in the workplace, can be reframed as something more common and manageable: inhibition. Inhibition is something that restrains, blocks, or suppresses – which usually is ourselves.

Early in my career, I had a miserably failed audition for the ‘80s super-group, Bad English (musicians from the bands Journey and The Babys). Remember them? Because of my deleterious performance anxiety, I rushed the tempo – which is the last thing a drummer should do when auditioning for a world-class band.

When the keyboard player, Jonathan Caine, stopped the band, got out his metronome, set it to the song’s tempo, tossed it at me and told me to watch the light to try to play the proper tempo, I was shocked and embarrassed. I then became petrified of rushing, which exacerbated the situation and changed my goal from “playing with a steady tempo” to “not rushing.” I became so fixated on rushing – it was all I could think about and I simply failed.

That failure showed me the power of our state of mind. It also became the impetus for a life-long pursuit of understanding this type of stage fright and how it can be turned into success. This became the basis of my book, Conquering Life’s Stage Fright: Three Steps to Top Performance, and is now the focus of the speaking engagements I do for companies and organizations across the country. In these two pursuits, I have talked with dozens of the most successful people in all walks of life who have faced – and overcome – life’s stage fright.

Obviously, fear can be real from situations that potentially threaten our existence such as being held at gunpoint, stepping out into moving traffic, or experiencing vertigo from being out on a ledge. These situations should inspire fear as a mechanism to protect our physical well-being.

Most other perceived threats are created by our own manifestations. Since we don’t want to feel embarrassed, vulnerable, judged, minimized, unloved, etc., we look for the fastest way out (we want to get off the stage!).

Our drive to avoid pain is very strong and can be effective in the context of basic survival. But it actually puts us in a reactive state that is very stressful, producing deteriorating chemicals in our bodies, distorting our rational thought and moving us away from being productive.

By giving in to this fear, we may be creating double-negative goals that are more apt to create exactly what we do not want.

Additionally, we know the chemicals the human body produces for fear and excitement are nearly the same. Therefore, what makes us excited can also trigger fear or anxiety, especially when we associate them with a double negative goal. By shifting to single positive goals, we can use that energy to overcome fears – and to find inspiration and creativity to succeed.

We can overcome double negative goals (such as the fear of making a mistake) by allowing ourselves the freedom to make a mistake. Before any drumming or speaking gig, I practice being free to fail…and to fail big!

For instance, after finally landing a chance to speak at a Microsoft/Bing event earlier this year, I put a great deal of emotional investment in making this a success. I generated an excessive amount of pre-speech anxiety and decided I needed to get “free.”

So I imagined getting on stage and completely forgetting what I was saying. Not only forgetting it, but getting so nervous that I lost consciousness and fainted (just what you would expect from the dude who is the ‘expert’ on conquering life’s stage fright!). Then I got free to imagine falling off my drum throne while performing my opening drumming segment, breaking my arm, getting carted away in an ambulance, tarnishing my reputation, and never working for this behemoth client ever again.

The more ridiculous and descriptive I imagined this ‘failure,’ the more I was able to break the pattern of setting double negative goals.

Now it’s your turn: Think about the biggest mistake you could make…yes THAT one! Get free to create it, exaggerate it and cause the very thing that you fear to actually happen.

Then, set a single-positive goal. Imagine that you are free to blaze through the same event with a magnificent depth of stellar performance that exceeds your expectations.

The freer we are to fail and make mistakes, the better our chances are to create success and gain control over what we fear. By creating single positive goals that condition your mind to perform like a rock star, we can only find success in the workplace – and overcome life’s stage fright.

Mark Schulman is a musician and author of the book, Conquering Life’s Stage Fright: Three Steps to Top Performance.