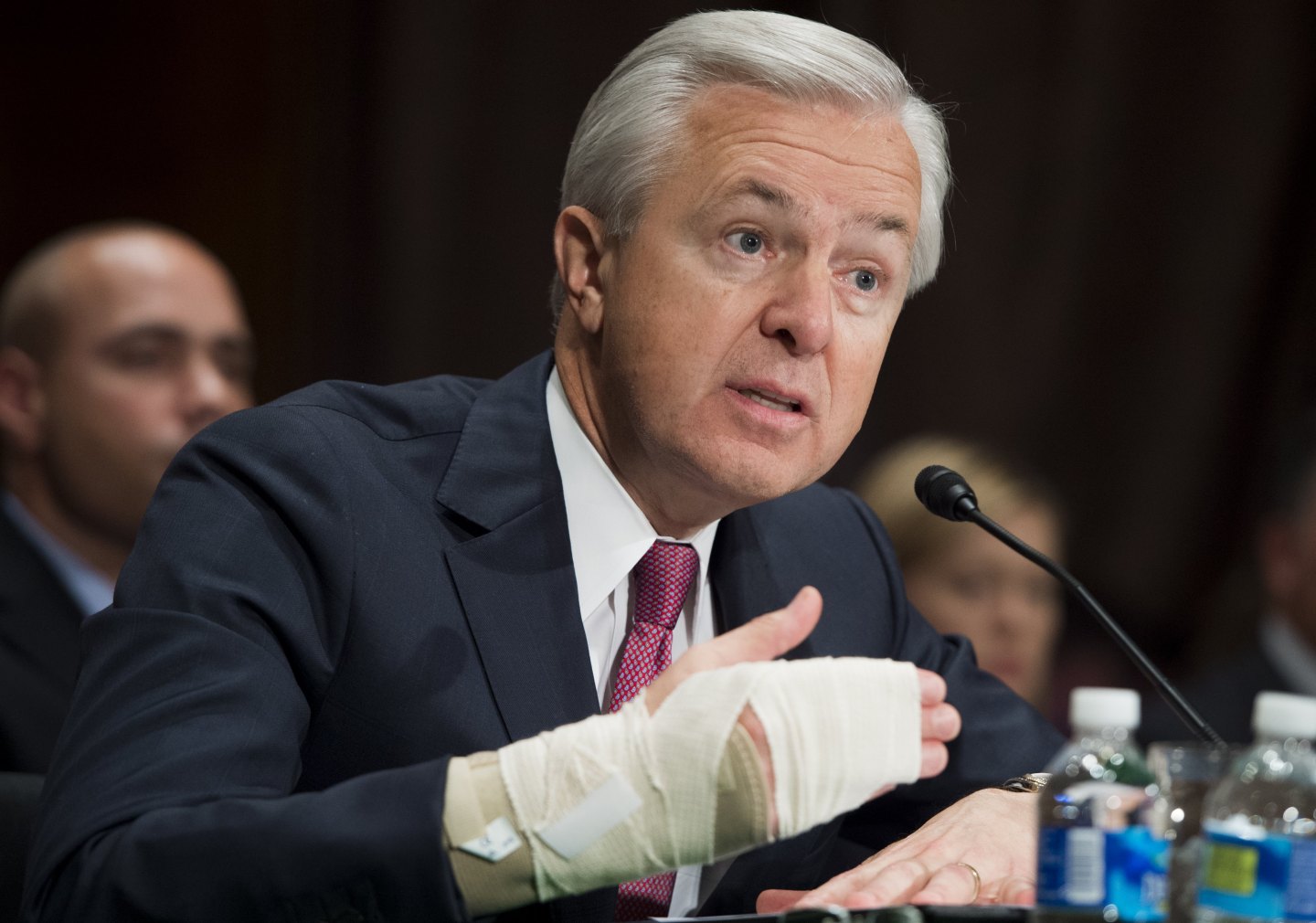 A shareholder class action lawsuit was filed against Wells Fargo & Co on Monday that alleged the firm misled investors about its financial performance and the success of its sales practices.

Wells Fargo (WFC), the United States’ third-largest bank by assets, agreed to pay $190 million earlier this month to settle regulatory charges that some of its employees opened as many as 2 million accounts without customers’ knowledge, in order to meet sales targets.

Robbins Geller Rudman & Dowd LLP announced the lawsuit and is seeking class action status on behalf of buyers of the company’s shares between Feb. 26, 2014 and Sept. 15, 2016.

The lawsuit, which was filed in the U.S. District Court of Northern California, comes nearly a week after Wells Fargo chief executive John Stumpf faced U.S. Senate lawmakers about his oversight at the bank.

It also singled out Stumpf and Carrie Tolstedt, the now-retired executive at the center of the scandal, for selling more than $31 million of their stock in Wells Fargo at “artificially inflated” prices.

Wells Fargo has said its board will assess whether to cancel or claw back any incentive compensation paid to Tolstedt.

The complaint also criticizes the firm’s cross-selling strategy, saying it failed to disclose material facts about its practices that were aimed at fulfilling sales quotas.

See also: The Labor Department Is Launching a Review of All Wells Fargo Complaints

Wells Fargo has long been the envy of the banking industry for its ability to sell multiple products to the same customer.

The San Francisco-based bank has said it has fired 5,300 people over the matter and would eliminate sales goals in its retail banking on Jan. 1, 2017.

Up to Monday’s close, shares of the company have fallen more than 10% since Sept. 8 when it reached a settlement with regulators, wiping off more than $25 billion of market capitalization.

Editor’s note: The headline of an earlier version of this story incorrectly referred to Wells Fargo as “Walls Fargo”. Fortune regrets the error.