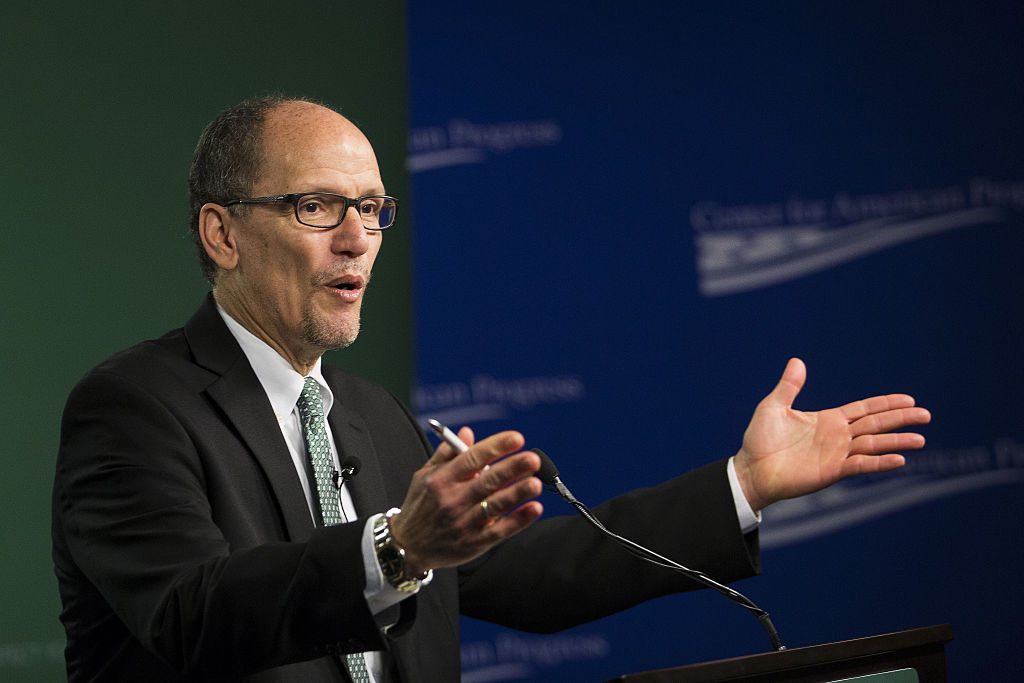 U.S. Labor Department Secretary Thomas Perez on Monday pledged to conduct a “top-to-bottom” review of all cases, complaints and other alleged violations that the department has received concerning Wells Fargo in recent years.

Perez’s announcement, outlined in a Sept. 26 letter to Senator Elizabeth Warren of Massachusetts, comes after Warren and other Democrats asked the Labor Department last week to launch a probe into possible wage and working-hour law violations involving Wells Fargo tellers and sales representatives who may have stayed late to meet sales quotas.

“Given the serious nature of the allegations, the recent actions of our federal partners, and recent media reports, I have directed enforcement agencies within the Department to conduct a top-to-bottom review,” he wrote.

He also said the department has created a web page at www.dol.gov/wellsfargo to help ensure current and former Wells Fargo employees are aware of worker protection laws.

Wells Fargo (WFC) was ordered to pay $190 million earlier this month to settle civil charges alleging its employees had set up about 2 million accounts and credit cards in customers’ names that may not have been authorized.

A Wells Fargo spokeswoman could not be immediately reached for comment after the close of business Monday but the company previously apologized to affected customers and said it fired 5,300 employees over “inappropriate sales conduct.”

The Consumer Financial Protection Bureau alleged that the opening of these accounts was driven by a system that financially rewarded employees.

Federal prosecutors have since launched a criminal probe into the issue, a source previously told Reuters.

See also: Wells Fargo’s CEO Would Make Over $100 Million Even if He Was Fired for Phony Accounts

Perez said that the department’s Occupational Safety and Health Administration (OSHA) has received a number of whistleblower complaints from Wells Fargo employees over the past five years.

Most of those complaints are concluded, with some settling and others found to have no merit, he said. Others are still currently under investigation, he added.

“I have asked OSHA to review the entire docket of both closed and open Wells Fargo cases since 2010,” he said.

See also: How Wells Fargo’s CEO Could Have Avoided His Senate Belly Flop

Senator Warren, in a statement to Reuters, welcomed the department’s review.

“Every other federal agency with jurisdiction in this matter should follow DOL’s lead and promptly determine whether Wells Fargo and its senior executives should be prosecuted or otherwise sanctioned,” she said.