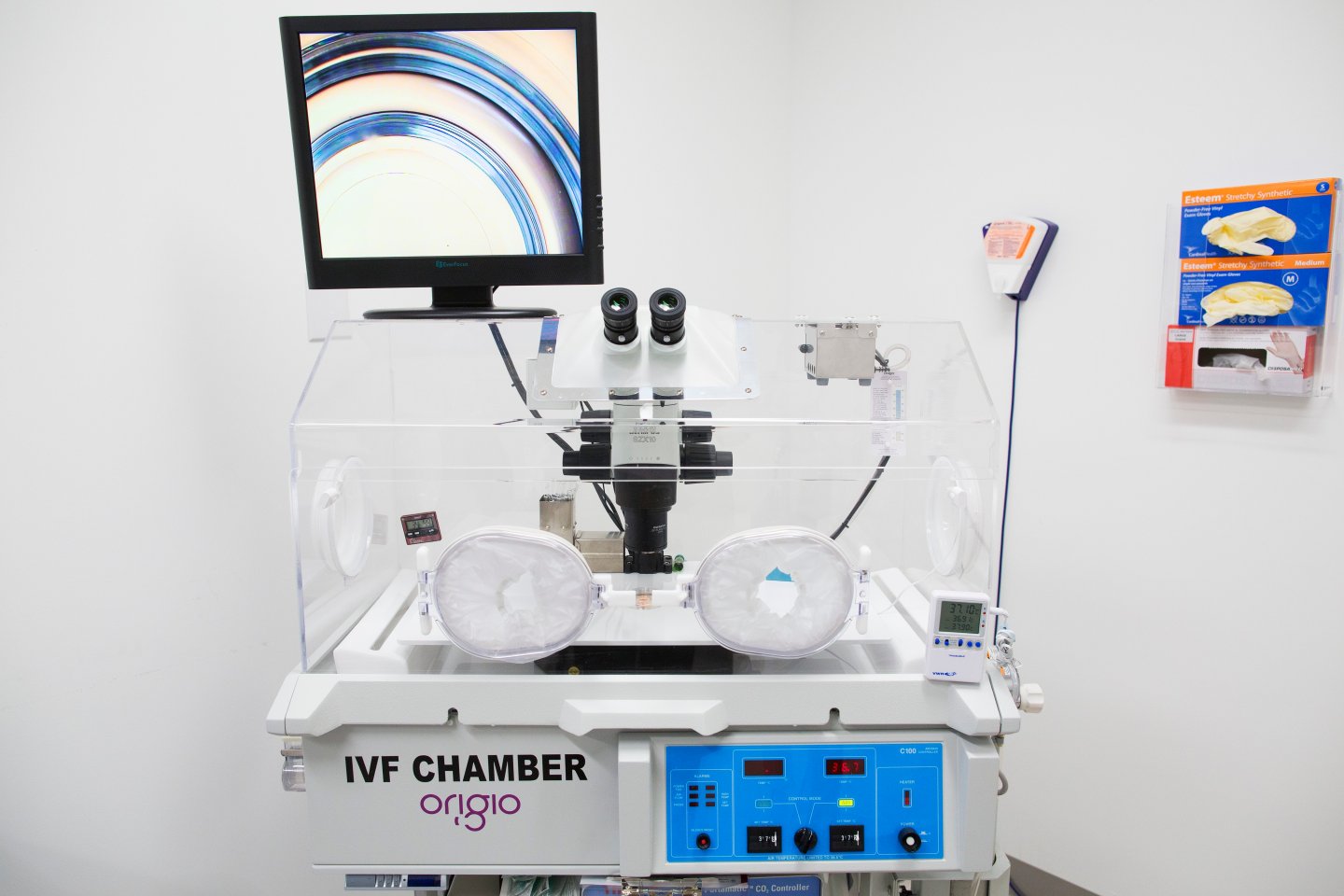 A child with three biological parents was reportedly born in early April—a milestone for a controversial method of in vitro fertilization (IVF) meant to prevent deadly genetic disorders from being passed on to couples’ offspring.

The baby boy was born to parents of Jordanian origin, according to New Scientist, and was conceived using the father’s sperm, the mother’s egg, and a donor egg.

The couple pursued this technique because the child’s mother carries the genes for a deadly, genetic neurological disorder called Leigh syndrome which usually presents within a year of birth and leaves many patients dead within two or three years. New Scientist reports that the condition, which is passed on through DNA in the energy-producing cell centers called mitochondria, killed the mother’s first two children.

An American medical team reportedly conducted the procedure in Mexico since the U.S. doesn’t currently authorize such reproductive methods. Dr. John Zhang of New York’s New Hope Fertility Center led the effort, which involved removing the cellular nucleus of the mother’s egg and inserting it into a donor egg which had already had its nucleus removed and then fertilizing the resultant hybrid egg with the father’s sperm.

This approach significantly cuts the risk that the child will develop Leigh syndrome since mitochondrial DNA doesn’t reside within a cell’s nucleus.

Zhang told New Scientist that he considers the procedure to be justified. “To save lives is the ethical thing to do,” he said. But the issue is in a regulatory gray zone.

The U.K. made history last year when it became the first country to officially authorize three-parent embryo techniques in an effort to crack down on genetic diseases. That decision opened up significant debate about the ethics of genetic modification and concerns over so-called “designer babies” that can be created via controversial genome editing methods.

Last December, U.S. lawmakers passed an omnibus spending bill specifically prohibiting research “in which a human embryo is intentionally created or modified to include a heritable genetic modification.”