Millions of Americans Climbed Out of Poverty Last Year 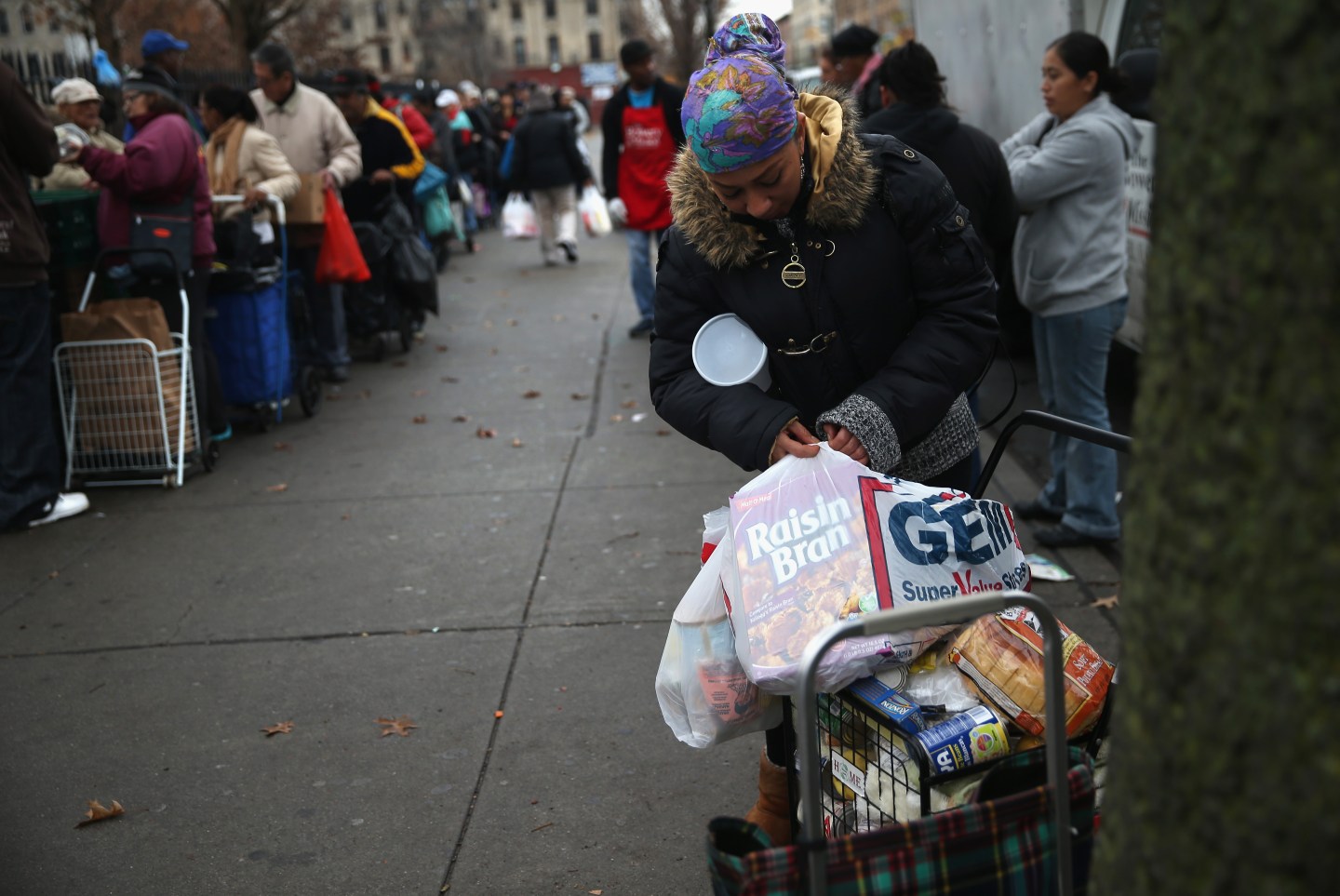 It’s never a good time to be poor, but 2015 was one of the best in recent memory according to one measure.

According to data released by the Census Department earlier this month, the official poverty rate in America declined by 1.2% to 13.5%, with 43.1 million people in poverty, 3.5 million fewer than in 2014. That’s the largest decrease in the poverty rate since 2009.

The main driver of this phenomenon was the falling unemployment rate, which helped push up wages for the poorest working Americans. That segment of the population was also helped by the fact that many state and local governments have increased their minimum wages of late, while many large private employers voluntarily lifted wage floors as well.

The extent of the poverty problem in the United States has received particular scrutiny of late both because it’s been just over 50 years since President Lyndon Johnson launched the war on poverty, and because during that time the official poverty rate has remained relatively flat.

But the Census Bureau’s supplemental measure of poverty, which takes into account the effect of government transfer programs, like Social Security Disability and Medicaid, shows that not only did poverty fall in the United States last year, it’s been on the steady decline as the welfare state has been strengthened over time.

But what is lost when discussing both these measures of poverty, is that the definition of poverty changes over time, regardless of which you use. The Census Bureau calculates the supplemental poverty threshold by measuring the typical American family’s bundle of consumption on “food, clothing, shelter, and utilities, and a small additional amount to allow for other needs (e.g., household supplies, personal care, nonwork-related transportation). Families that cannot afford the consumption bundle that is at 33% of the median American’s consumption bundle are considered impoverished.

This is a frustrating for those hope the war on poverty can at some point be won. Take for instance a scenario where everyone in the United States got 50% richer tomorrow, and adjusted their spending accordingly. The Census’ measure of poverty would not change, since it’s poverty threshold is relative to the median family’s consumption

It’s understandable why we have to in part rely on relative statistics. There is no absolute definition of poverty—Americans definition of it is bound to change over time. But for devotees of small government, it is understandably frustrating that this strategy for measuring poverty likely means that poverty will never be conquered, and that these measurements can always be used to justify more government expenditure.