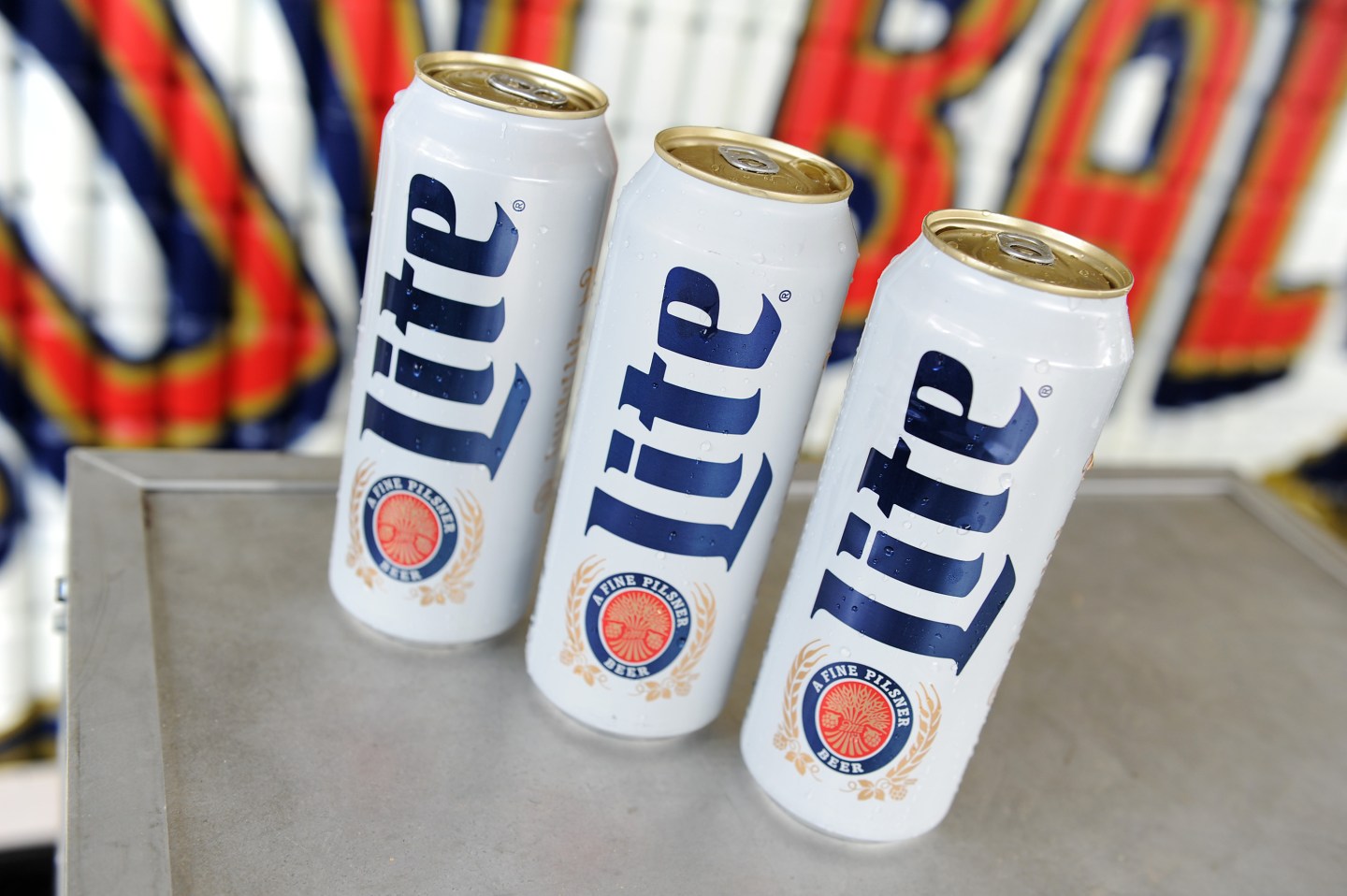 This story has been updated to reflect a response from MillerCoors.

The MillerCoors beer is going after Anheuser-Busch InBev’s (BUD) Bud Light, its fiercest competitor. In a series of four new commercials, the company mocks Bud Light’s slogan, “Raise one to right now,” and positions itself as the healthier and better-tasting option. AdAge reports that the first spot is scheduled to appear on television on Oct. 2.

“Bud Light says raise one to right now, so why not raise the right one,” the first of the four commercials starts out. “Miller Lite has more taste and half the carbs.” Miller Lite has 3.2 grams of carbs in a 12-ounce serving compared with Bud Light’s 6.6 grams. It also contains 14 fewer calories.

MillerCoors chief marketing officer David Kroll will speak at a private meeting on Monday, during which he’s expected to outline the company’s new marketing strategy to take on Bud Light. “We are taking a more assertive stance,” he’ll say, according to a copy of his planned remarks obtained by AdAge. Kroll maintains that Bud Light simply hides behind “sophomoric humor,” citing the “frat-boy lifestyle” Up for Whatever ad campaign and the celebrity-packed Bud Light Party.

MillerCoors is also running an ad in the Chicago Tribune on Monday that reads, “Miller Lite is brewed to have more taste than Bud Light and yet fewer calories and half the carbs.” It’s no coincidence that the National Beer Wholesalers Association’s annual convention began in Chicago the day before.

Bud Light is the top-selling beer in the U.S., with Miller Lite lagging behind in fourth place. Both brands have seen sales decline over the last year—Bud Light by 2.8% and Miller Lite by 0.8%—as both compete with the increasing popularity of craft beer.

“We are proud that Bud Light continues to be the most popular beer in America,” an Anheuser-Busch spokesperson told AdAge. “However, we are never complacent and we continue to work hard to give our consumers the crisp, refreshing taste they prefer, and maintain our No. 1 spot.”

“We believe in the American Light Lager category, we believe in our brands and we believe Miller Lite is the best-tasting light beer,” MillerCoors spokesperson Jonathan Stern told Fortune. “By comparing ourselves to the category leader in a fun and respectful way, we are introducing Miller Lite to a new legion of beer drinkers that have recently come of legal drinking age and see Bud Light as the default choice.”