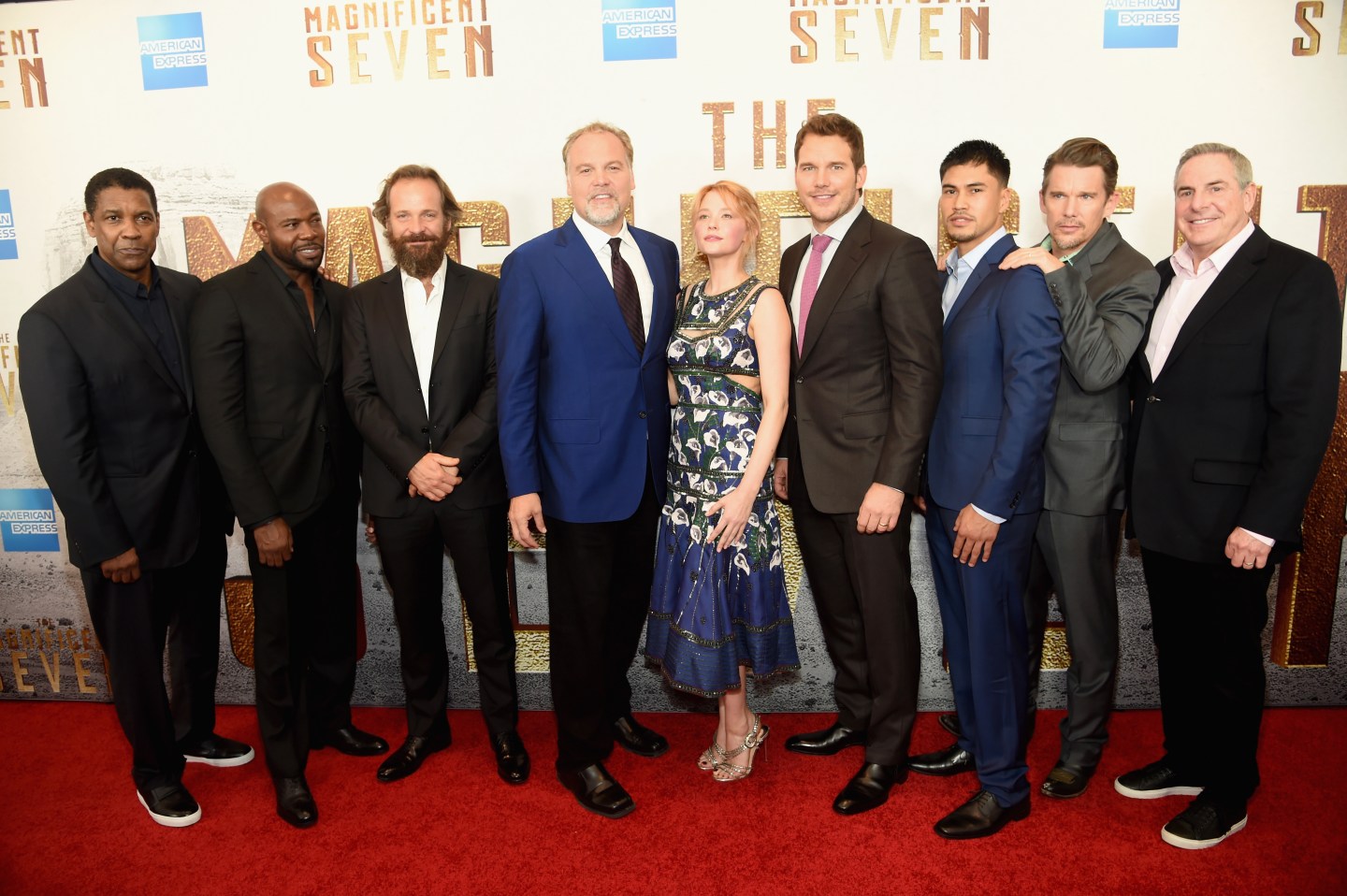 Hollywood’s star system has shriveled in the past decade, with few new talents emerging to reanimate the ranks and stand alongside Leo and Julia and Johnny and George and Brad. Some of their stars have dimmed, but Washington’s still shines brightly. He hasn’t had a film open to less than $20 million since 2007’s The Great Debaters. He’ll be back on screens at the end of the year in Fences, an adaptation of August Wilson’s play, that he directs and stars in alongside Viola Davis. It is expected to be an Oscar contender.

The Magnificent Seven easily snagged the crown from Sully, the retelling of the “Miracle on the Hudson” landing that topped the box office for two weeks. The drama slid to third place with $13.8 million, bringing its stateside total to a healthy $92.4 million.

See also: Why Horror Movies Are an Amazing Deal for Studios

Storks, an animated comedy from Warner Bros., came in second with $21.8 million. It’s a disappointing result given that the picture had been tracking to open to $30 million or higher. The film centers on a group of storks who have transitioned from baby delivering to hauling packages for an e-commerce behemoth. Andy Samberg, Kelsey Grammer, Jennifer Aniston, Keegan-Michael Key, and Jordan Peele are among the recognizable voices providing some of the film’s aural texture. The film cost $70 million to produce and is part of Warner Bros. effort to reinvigorate its animation division after the studio scored a hit with 2014’s The Lego Movie. It had more or less abandoned the genre to the likes of Disney (DIS) and DreamWorks Animation (DWA), before undergoing a course correction.

The Magnificent Seven‘s success is welcome news for Metro-Goldwyn-Mayer, which was body checked this summer after Ben-Hur, its $100 million-plus Biblical epic, collapsed at the box office, resulting in at least $70 million in losses for the studio and its production co-financiers. Earlier this month, MGM reduced its annual profit projections by roughly $50 million because of Ben-Hur‘s failure.

But The Magnificent Seven counts as a win for the company. It also proves the viability of remaking older films, provided their is some novel spin to provide. In this case, Washington and director Antoine Fuqua, were able to stage balletic shootouts that rivaled those in John Sturges’ original 1960 film. They also played up the diversity of their cast, rounding out the cast of mercenaries with South Korean actor Byung-hun Lee, Mexican actor Manuel Garcia-Rulfo, and Native American actor Martin Sensmeier. That multi-cultural aspect seemed to resonate in a post-#OscarsSoWhite era. Sony Pictures distributed The Magnificent Seven and teamed with MGM, LStar Capital, and Village Roadshow to finance the $90 million production.

In limited release, The Dressmaker, an Australian comedy with Kate Winslet, opened to $180,522 in 38 locations. Broad Green is distributing the film on behalf of Amazon Studios. Disney’s Queen of Katwe, an inspirational drama about a chess prodigy from Uganda, debuted in 55 theaters to $305,000. It will expand next weekend to roughly 1,500 locations.