How STEM Skills Are the Next Great Equalizer 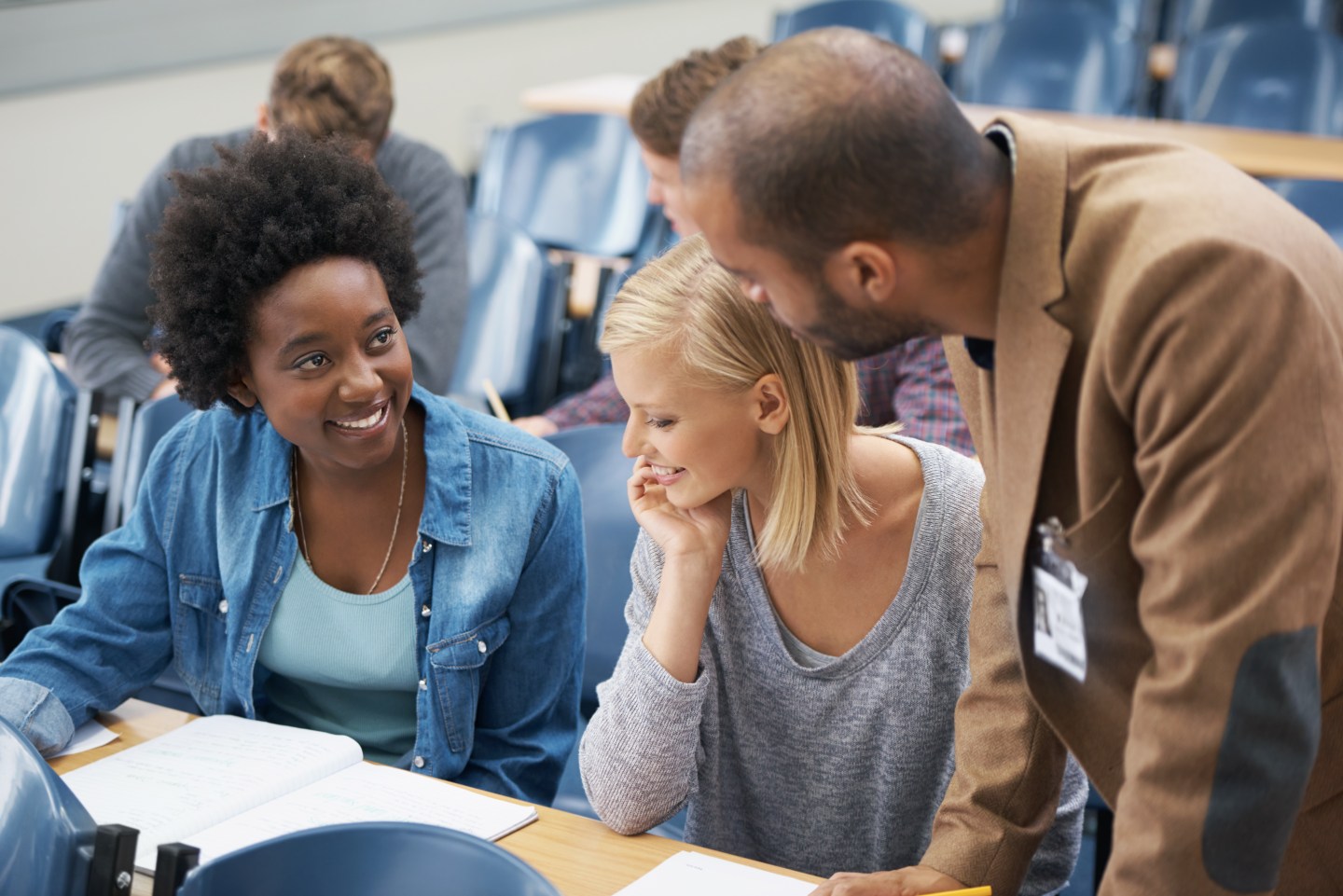 Shot of a lecturer helping his students
PeopleImages.com — Getty Images

I grew up in the age of Sputnik and the “space race.” Like most of the youth of my generation, we were challenged in school to “beat the Russians” to space, driven by President John F. Kennedy’s promise to have a man on the moon by the end of the decade.

As I reread that speech, delivered on Sept. 12, 1962, I’m struck by how much Kennedy focused on the role technology played in history, and the President’s vision of how it could impact our future:

To be sure, we are behind, and will be behind for some time in manned flight. But we do not intend to stay behind, and in this decade, we shall make up and move ahead.

The growth of our science and education will be enriched by new knowledge of our universe and environment, by new techniques of learning and mapping and observation, by new tools and computers for industry, medicine, the home as well as the school.

Kennedy’s speech became the rallying cry for my generation. Tens of thousands of students took his challenge seriously. This gave us the engineers, scientists, mathematicians and educators who not only delivered on the promise of putting a man on the moon, but also helped create the core technology enabling modern tools from the Internet to advances in healthcare.

In essence, this challenge to conquer space and make technology a key part of our world in the 60’s and 70’s became one of the great equalizers of my generation, driving economic growth and setting the stage for many technological breakthroughs of the latter part of the last century.

But educators tell me that by the mid-1980s, without a similar push by either the U.S. government or the schools to emphasize science, technology, engineering and math (STEM for short), we lost almost two decades of youth who chose to go into other fields of learning.

It was not until the tech boom of the late 1990s that we started seeing an uptick in the number of students getting degrees in STEM fields. They’re now many of the people driving our current technology revolution in fields like computing, communications, virtual reality and more.

Ursula Burns: How to Close the Gender Gap in STEM

In a recent piece here in TIME, I wrote about seven areas of explosive growth in tech that will drive our world and economy over the next 10-15 years. There, I said that for us to achieve this level of growth, we’ll need millions of new workers skilled in STEM. At the moment, we just don’t have enough of these skilled tech workers to make my vision of a connected world a reality. In fact, when I talk to big companies like Boeing, Intel, Qualcomm and so on, they fear that, as they grow, they will not have enough tech-educated staff to meet their engineering needs. One estimate says there will be 2.4 million STEM-based job vacancies in 2018 alone.

The good news is that there is currently a very strong movement focused on STEM education that, like the space race of the past, has the potential to become the great equalizer of this next generation of workers. Demand for people with STEM skills will only increase, and these workers will be at the heart of the next major tech breakthroughs for the first half of this century.

This push in STEM is partially led by the Maker Movement, which has the support of the White House and many politicians nationwide. Meanwhile, companies like Chevron, Boeing, Intel and others are also supporting STEM skills, in part no doubt to ensure they’ll have a talent pipeline to draw from in future years. (A good primer in the Maker Movement and its importance comes from a new book by Dale Dougherty and Tim O’Reilly titled Free to Make: How the Maker Movement is Changing Our Schools, Our Jobs, and Our Minds. In the book, Dougherty echoes some of the concerns I mention above.)

Equality for Women in STEM Fields? Easier Said Than Done

Special STEM programs are emerging in our schools and through privately funded programs nationwide. Business leaders, educators and lawmakers know that technology will fuel our future, and they understand that preparing the youth of today for the jobs of tomorrow must become a major priority.

Tim Bajarin is recognized as one of the leading industry consultants, analysts and futurists, covering the field of personal computers and consumer technology. Mr. Bajarin is the President of Creative Strategies, Inc. and has been with the company since 1981 where he has served as a consultant providing analysis to most of the leading hardware and software vendors in the industry.