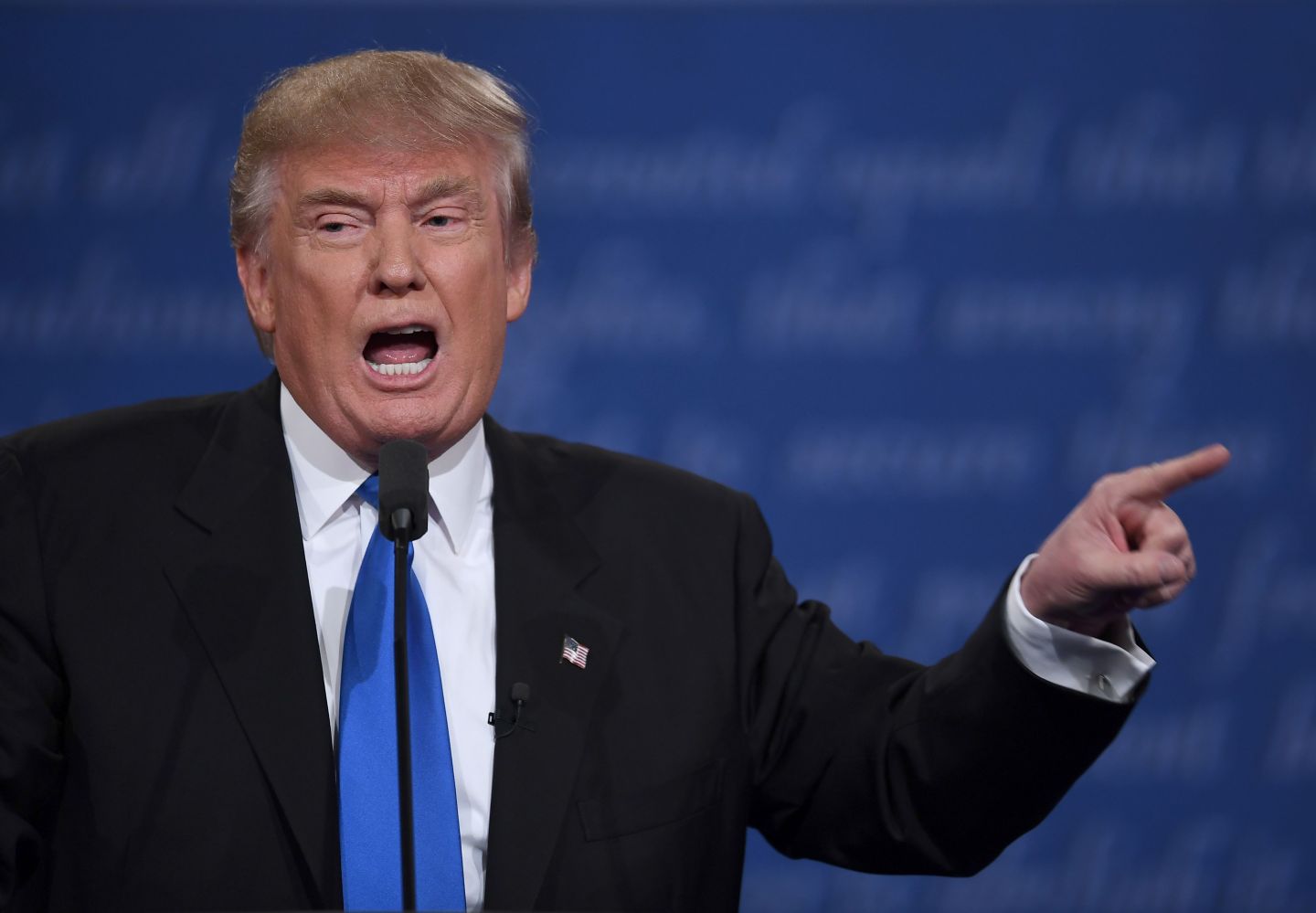 Donald Trump bragged about his income during a question about his tax returns at Monday night’s presidential debate. He also said that voters could get plenty of information about his finances via Federal Election Commission disclosures (Hillary Clinton, of course, disagreed).

But, as Fortune’s Shawn Tully reported earlier this year, those financial disclosures seem to reflect that Trump conflates income with revenue ― something that his tax returns would make more clear. Below is Tully’s post, which was originally published here.

In the normally ho-hum annals of presidential contenders’ personal finances, no mystery has ever rivaled this perplexing question: What’s Donald Trump actually worth?

On May 18, the Trump campaign filed its second annual Personal Financial Disclosure form (PFD) with the Federal Election Commission. The press statement that accompanied the filing appears, and I really meanappears, to unwrap the enigma by acknowledging what I had suspected all along: That what the Donald’s been calling his “income” is actually revenue.

I’ll tell you why this matters, but first, a little history. When the Trump campaign the filed the candidate’s first (PFD) last July, the press release stated that “Mr. Trump’s income for the year 2014 is $362 million dollars (which does not include dividends, interest, capital gains, rents and royalties).” On the form titled “Filer’s Employment Assets and Income,” Trump fills 35 pages with what’s clearly gross receipts from such items as “condo sales,” “golf related revenue,” “commissions,” “management fees,” and “sales.” It’s the these items that totals $362 million, which Trump claimed as “income.”

That definition conforms to the FEC’s requirements. Keep in mind that for almost all other candidates, even the super-rich, “income” mainly consists of their salaries plus capital gains, dividends, and the like from personal investments. But Trump is essentially reporting as a giant holding company that owns golf courses; rental, office, and condo buildings; brokerage and construction management enterprises. For businesses, “income” always means revenues less expenses, though different income measures subtract different costs. Operating income, for example, deducts cost-of-goods sold and salaries, but not interest or taxes. For S Corporations that pass profits on to shareholders and partners, “Total Income” is defined by the IRS as gross receipts minus cost-of-goods-sold. “Ordinary Business Income,” the taxable amount, is calculated after deducting all other expenses, including wages and interest, For real estate companies, what matters is what the owner can put in their pocket—free cash flow remaining after ALL expenses, less capital expenditures.

So the $362 million Trump reported in July, as Fortune reported earlier this year, isn’t income in the business sense (even though it all comes from his companies and partnerships) but gross revenues—all the money his enterprises collected before paying for overhead, salaries, interest, capital expenditures, and all other costs. Once again, Trump isn’t hiding anything. His filings clearly show that these numbers represent sales, not income by any business definition.

Still, the way Trump reports in his press release, it would be easy to mistake the $362 million as what Trump actually puts in his pocket, plus plenty more from what’s excluded, rents, royalties, and investment income. It would get Trump a long way towards validating his claim to be worth the net worth, which he emblazoned in all caps back in July, as “in excess of TEN BILLION DOLLARS.”

So it’s highly interesting that the terminology in the release that came out this week has changed. It states that “the newly filed PFD shows tremendous cash flow, and a revenue increase of approximately $190 million (which does not include dividends, interest, capital gains, rents, and royalties).” This is the first time the word “revenues” appeared in either press release. But then, it goes on to say that “Mr. Trump’s income as reported in the PFD statement is in excess of $557 million” (as usual excluding rents, and that other stuff). So now we’re back to income.

Still with me? Despite Trump’s latest bobbling of accounting terms, the latest disclosure does make things clearer. Given that “approximately $190 million” has already been labeled as “revenue,” the $557 million must also be revenue, because it’s clearly calculated by adding together last year’s $362 million, and the new, clearly designated extra “revenue” of $190 million. That makes a total, apparently of $552 million, presumably for 2015 (close to the reported $557 million).

Now that the PFD has been released, and not just a press release, we are starting our deep dive into the numbers, and promise to report back. Meanwhile, the press release states that Trump’s “net worth has increased” since the last disclosure in July, but doesn’t get any more specific, repeating that it’s “in excess of $10 billion dollars.”

This time, the ten billion isn’t embellished in caps. Since the numbers appear to support a shift towards modesty, it’s a small step in the right direction.