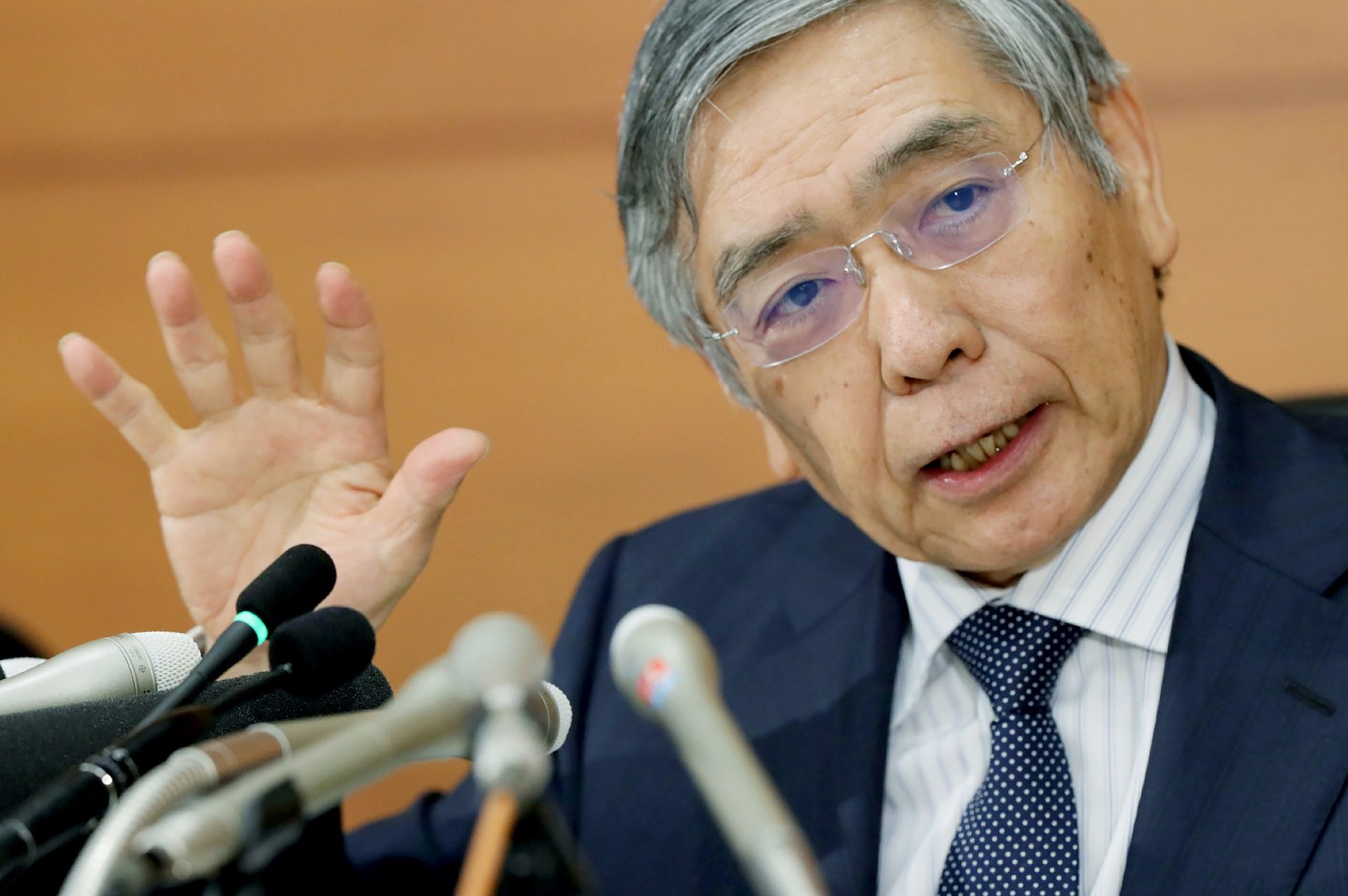 Bank of Japan Governor Haruhiko Kuroda gestures as he answers questions during a press conference at the headquarters in Tokyo on September 21, 2016. Japan's central bank on September 21 unveiled a surprise overhaul of monetary policy, promising to redouble attempts to fuel inflation and kickstart the torpid economy. / AFP / JIJI PRESS / STR / Japan OUT (Photo credit should read STR/AFP/Getty Images)
STR/AFP/Getty Images

Bank of Japan Governor Haruhiko Kuroda, in his first speech since the BOJ’s decision last week to overhaul its radical stimulus program, said the central bank stood ready to use every available tool to achieve its 2% inflation target.

While the BOJ would be mindful of the impact ultra-easy policy could have on banks’ profits, that would not prevent it from expanding stimulus further if needed to revive Japan’s economy.

“There is no better opportunity than now to completely get out of deflation. Talking about the limits of monetary policy does not help at all,” Kuroda said in a speech on Monday to business leaders in Osaka, western Japan.

The BOJ made an abrupt shift last week to targetting interest rates on government bonds to achieve its elusive inflation target, after years of massive money printing failed to jolt the economy out of decades-long stagnation.

Under the new framework, the BOJ’s main means for monetary easing would be to deepen negative interest rates from the current minus 0.1%, or lower its 10-year government bond yield target – now set at around 0%, Kuroda said.

For more on finance and the global economy, watch Fortune’s video:

The pace of the BOJ’s bond purchases could fluctuate depending on how much the central bank needed to buy to achieve its yield curve target, Kuroda said.

But such changes in the amount of bond purchases would have no policy implications, he added, hosing down market speculation the BOJ was eyeing a future tapering of asset purchases.

The BOJ may instead top up asset purchases or accelerate base money expansion, if economic and price conditions warranted such “powerful” monetary easing, he said.