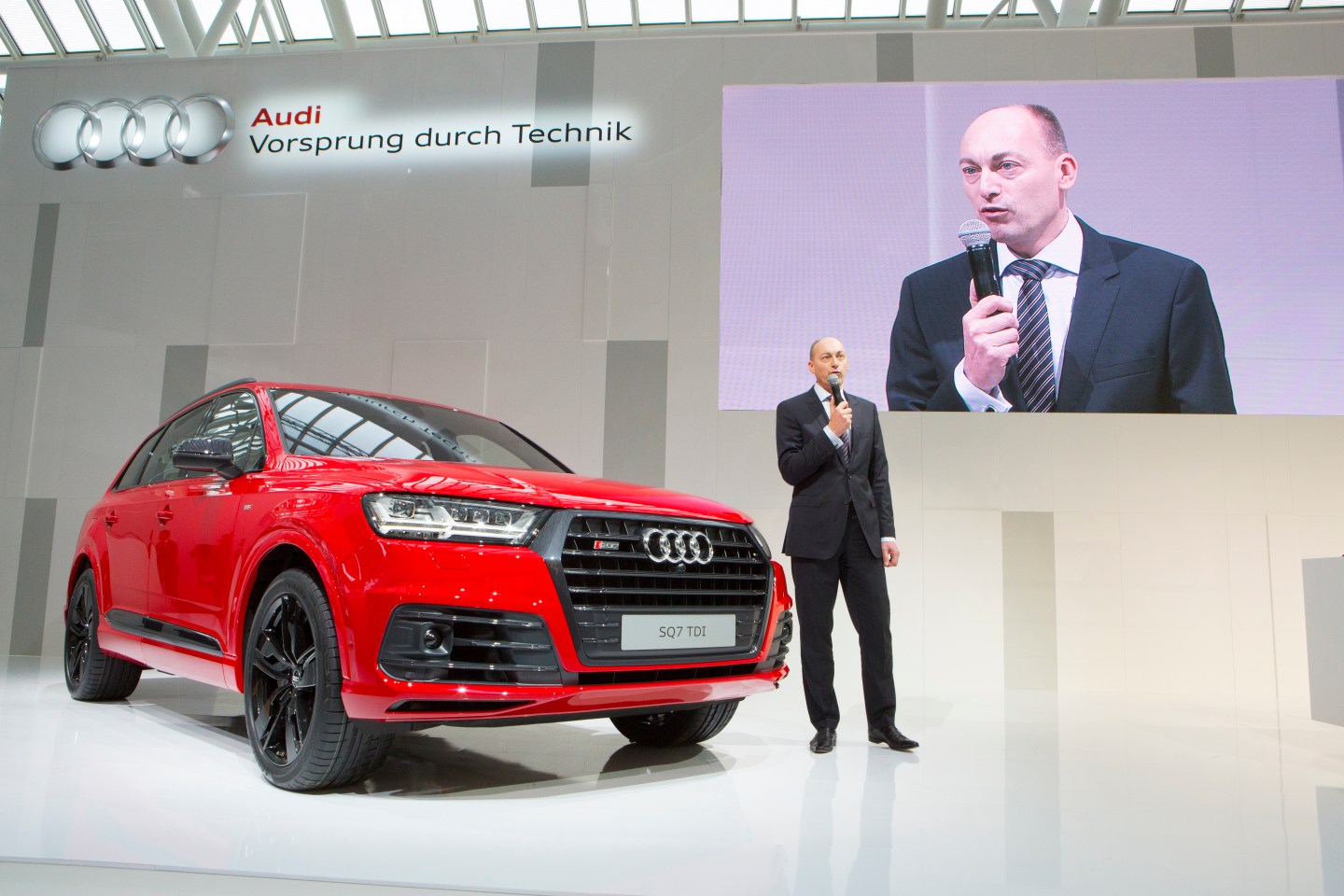 Annual Press Conference of AUDI AG in Ingolstadt. Stefan Knirsch, Member of the Board of AUDI AG, during the press conference.
Photograph by Ulrich Baumgarten via Getty Images

Audi’s head of technical development Stefan Knirsch is leaving the carmaker with immediate effect, Audi said on Monday, as investigations continue into the diesel emissions scandal.

An investigation by U.S. law firm Jones Day, which was tasked last year by Volkswagen’s supervisory board to clear up the scandal, found no evidence against Audi Chief Executive Rupert Stadler after questioning. Volkswagen is the parent company of Audi.

But the departure of Knirsch, previously Audi’s head of engine and transmissions development, is adding to signs that Volkswagen’s (VLKAY) flagship luxury brand may be more deeply entangled in the scandal than previously thought.

Audi said in a statement that Knirsch was leaving with immediate effect in consultation with the supervisory board. It cited no reason for his departure and did not name a successor. Knirsch was suspended earlier this month.

Knirsch and Jones Day’s office in Germany did not immediately respond to requests for comment.

“We have made clear from the start that we have no regard for big names and take action if necessary” to clear up the scandal, Audi Deputy Chairman Berthold Huber said in a separate statement on behalf of the 10 labor representatives on Audi’s 20-member supervisory board.

Audi, the main contributor to VW group profit, has admitted its 3.0 liter V6 diesel engine was fitted with emissions-control software, deemed illegal in the United States where VW’s emissions scandal broke a year ago.

Knirsch was appointed in January, replacing the former top engineer at Audi and the VW group, Ulrich Hackenberg. He quit last year after being suspended with two other executives closely associated with the development of the VW engine at the center of the scandal, code named EA 189.

With Knirsch, Audi is losing its fourth head of research and development in as many years at a time the carmaker is battling with German rivals BMW (BMWYY) and Mercedes-Benz (DAI) for leadership in new technologies.