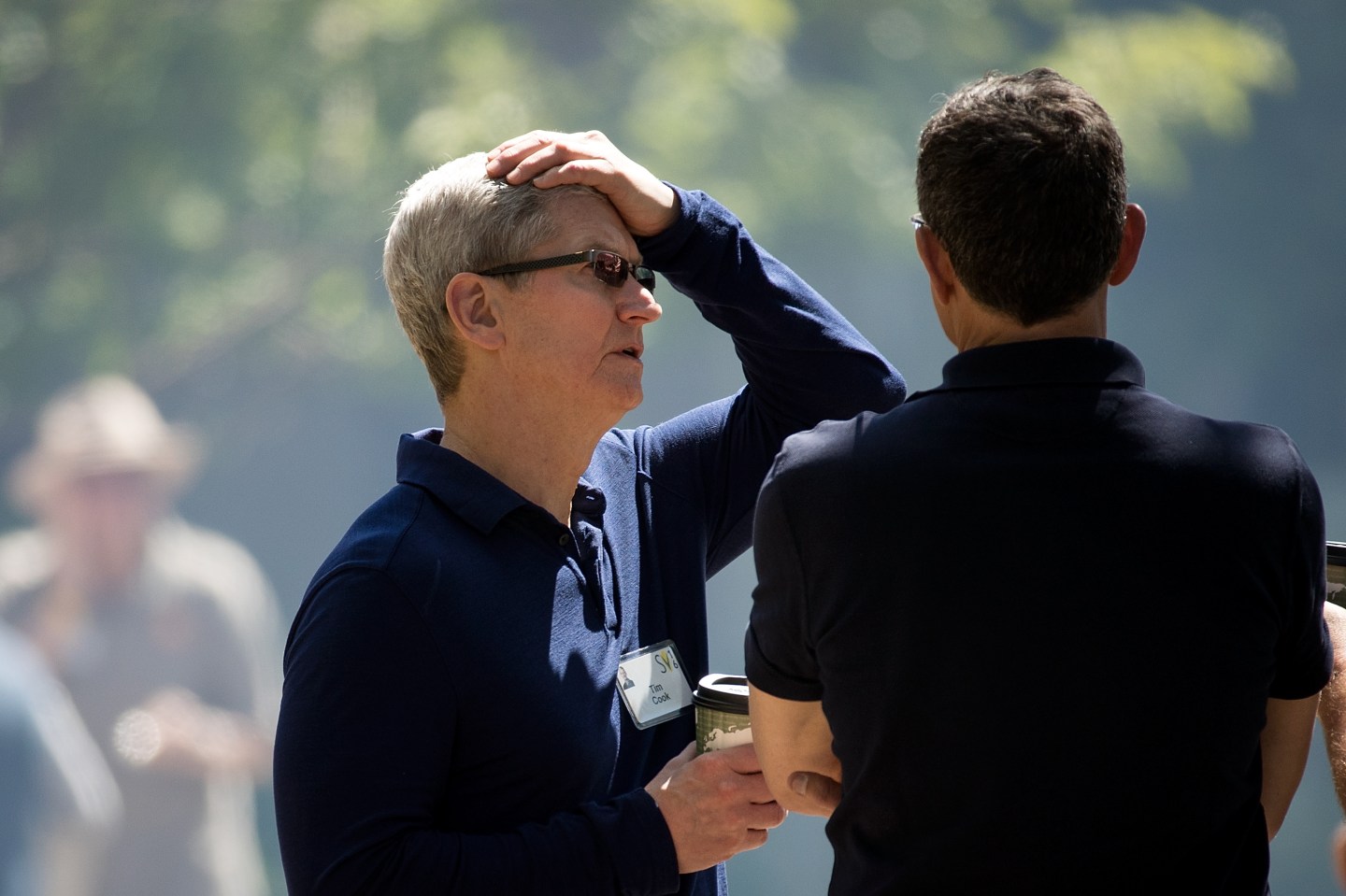 Apple was largely flying in the dark when the European Union’s competition watchdog was investigating its tax practices, due in large part to a lack of lobbying in the eurozone, according to a new report.

The tech giant was unable to gather critical information from the European Union as its competition watchdog, the European Commission, was actively investigating its tax programs, The Wall Street Journal is reporting, citing sources who claim to have knowledge of Apple’s (AAPL) activities. The information, they say, could have been obtained through lobbying, and might have impacted in some way the European Commission’s decision to hit Apple with a $14.5 billion tax bill.

Lobbying has long been a critical component in not only affecting government decisions, but also gaining insight into what’s happening behind the scenes so companies can be prepared. However, Apple is said to have had an exceedingly small lobbying effort in the EU, and in 2015, it spent less than 900,000 euros (about $1.01 million) in 2015 to lobby the eurozone, The WSJ reports.

In comparison, Alphabet-owned Google (GOOGL), which has been dealing with a spate of antitrust complaints in the EU, spent more than 4.25 million euros on lobbying in the EU during the same period.

Apple last month was slapped with a $14.5 billion EU tax fine over charges that the company was funneling its billions of dollars in profits through its European headquarters in Ireland. The EU argues Apple and Ireland had signed a sweetheart tax bill that allowed the iPhone maker to pay a 0.5% tax rate—much lower than the 12.5% tax rate the EU believes Apple should have paid under Ireland’s statutes.

The Journal‘s sources suggest Apple could have been better prepared for the tax bill. While they acknowledge that the EU would have hit Apple with a fine regardless of its lobbying activity—not to mention most people who followed Apple’s EU troubles knew the bill was coming—they added that Apple could have used broad-based lobbying to influence divisions within the EU and share why it believes, it did nothing wrong.

Apple’s decision to spend a relatively small amount on lobbying in the EU isn’t part of a broader corporate view on lobbying. According to OpenSecrets, a U.S. government watchdog that evaluates lobbying spending, Apple spent $4.5 million on lobbying in the U.S. last year. So far this year, it’s spending has reached $2.25 million. Apple’s chief lobbying issue? Taxes.

It’s unclear, then, why Apple, which must have known the EU wasn’t pleased with its tax arrangements given all the public statements leading up to the fine, didn’t invest more heavily in lobbying in the EU. But what’s clear is its tax problems won’t be going away anytime soon. And whether spending money on lobbying would have changed that is unknown.

Apple did not respond to a Fortune request for comment on its lobbying spending.