Floating Shipping Containers May be Copenhagen’s Answer to Affordable Housing 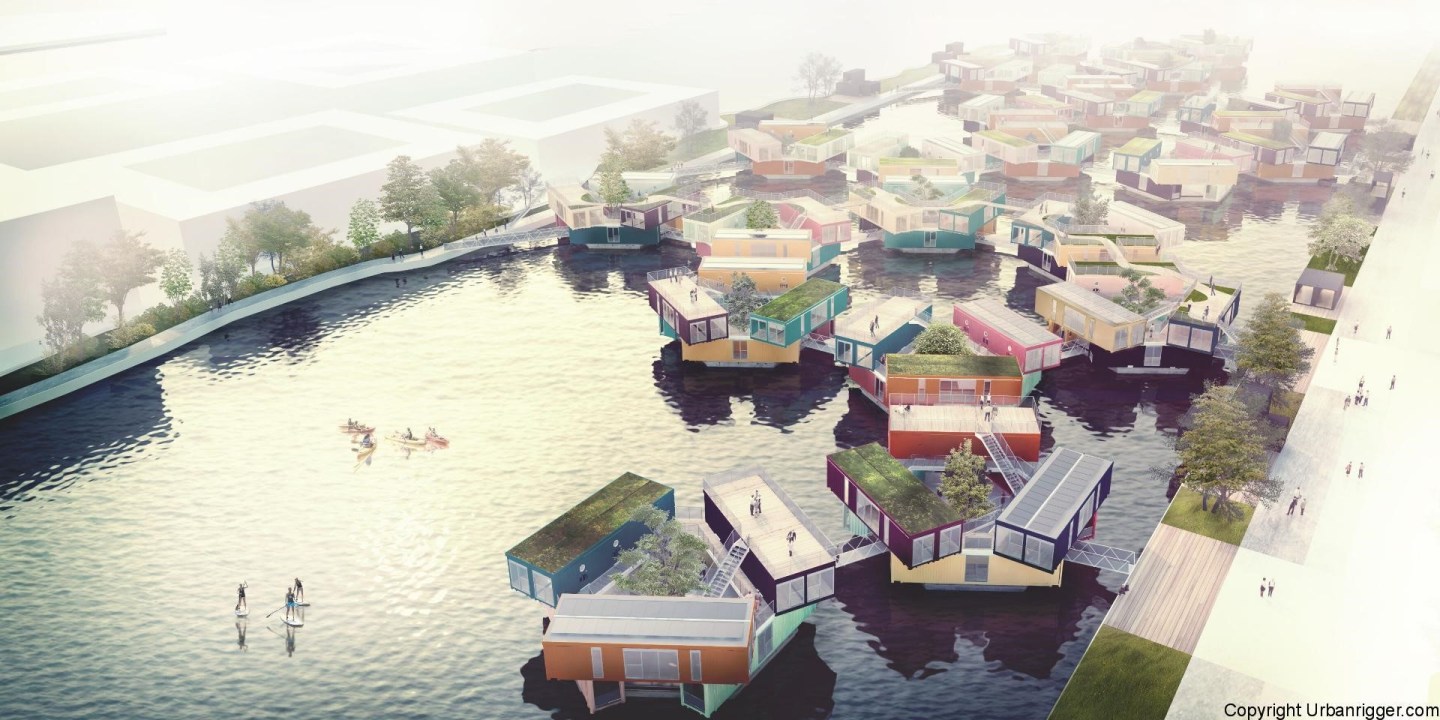 The design startup Urban Rigger has just launched the first iteration of a novel solution for the housing crunch facing many of the world’s cities. And we mean literally launched—its first housing development, which will rent units for $600 a month to students, is a small barge floating off the coast of Copenhagen, Denmark.

Copenhagen is one of the ten most expensive cities in the world, and Urban Rigger founder Kim Loudrup saw a particular need to provide options for the city’s students, 24,000 of whom don’t have a place to live, according to Danish housing authorities. He enlisted the help of Bjarke Ingels of the architecture firm BIG, and came up with a solution that the team says is simultaneously comfortable, sustainable, and affordable.

Yes, living in a shipping container on a boat sounds almost inevitably dystopian. But the design of the units manages to soften the proposition. By stacking containers in two staggered triangles, the designers create an open-air courtyard in the center, and use the tops of the second level for a deck, a solar array, and a small lawn. Inside, the apartments—15 of them— have the spare but airy feeling you’d expect from a Scandinavian design project (see more photos here).

Though they’re starting with a single complex, Urban Rigger envisions a future where dozens of the constructions float side by side. For now, the company is primarily pitching the idea to governments and universities looking to make the most out of “the thousands of kilometres of untapped harbor, river and canal” waterways in Europe.

There are some obvious limits to this idea, though. While part of the appeal of floating housing is that it will better cope with rising sea levels caused by climate change, it is also presumably more vulnerable to the rising intensity of coastal storms.

For more on cities and housing, watch our video.

And while Urban Rigger emphasizes making the most of underutilized waterways, those close to populous urban areas are more likely to be heavily trafficked, including by large commercial ships. More prosaically, people already living near the water might not be happy to have their access and views cluttered by what is, however it’s dressed up, still a stack of shipping containers.

According to Business Insider Nordic, BIG has taken a 10% stake in Urban Riggers.