Inside the Fight for Ohio 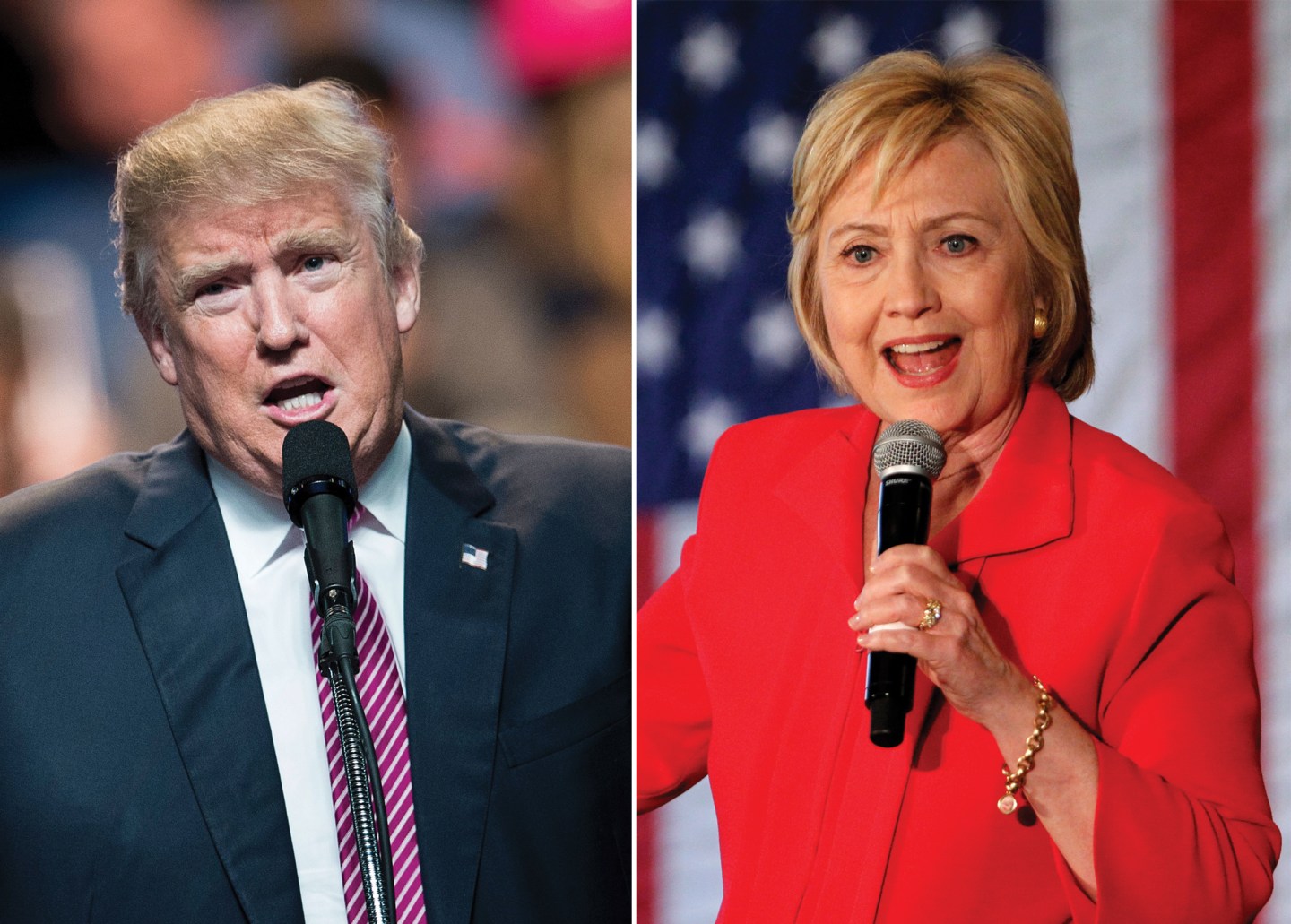 Hillary Clinton’s campaign manager was tired of the fretting and the second-guessing. Donors were spooked, supporters were nervous and allies were asking what the high command of the campaign was doing to stop sliding poll numbers. Robby Mook wanted to stop the gnashing teeth and wringing hands. His message: We’ve got this under control.

“Battleground states carry that name for a reason: They’re going to be close, from now until Election Day,” Mook wrote this week in a widely shared memo that was a clear calm-down pitch. “Instead of worrying, let’s just get to work.” What it lacked in inspiration, it carried in marching orders.

Nowhere is that grind-it-out mentality more evident than Ohio, the most battle-tested of battleground states. (The last nominee to capture the White House without the Buckeye State was John Kennedy in 1960. There’s as reason the state’s unofficial motto is “As goes Ohio, so goes the nation.”) Polls there are close; the Real Clear Politics average of polls has the race essentially tied: Trump has a scant 1.8 percentage point advantage, well within the margin of error. Clinton has been up in just one of the six major polls of Ohioans released since Sept. 8, a situation that leaves Democrats in the state more than a bit nervous.

Both campaigns are eyeing Ohio as hyper-competitive and winnable. Each side has a strategy, yet neither is confident that it will work. Clinton has visited Ohio 16 times, Trump 13. Staffers who handle the candidates’ and allies’ schedules now assume that Ohio is going to be a destination more often than not.

But in an unpredictable campaign unlike anything that has come before, both campaigns are wisely building back-up plans in case Ohio is not the firewall that it has been for decades. Clinton’s team is still working Ohio but note that she can win the White House without it. In tandem, the campaign is investing heavily in next-door Pennsylvania, a more Democrat-friendly state whose 20 electoral votes would make Trump’s overall victory all the more unreachable. A one-two punch of Ohio, home to 18 electoral votes, and Pennsylvania closes most doors to the required 270 electoral votes for Trump.

In Ohio, local airwaves are saturated—mostly with messages from Clinton and her allies—even if Trump still is winning the cable news game. Clinton’s campaign spent more than $1 million on TV ads last week alone with messages of their own making without the media’s filter.

Outside groups are stumbling over each other as their volunteers and out-of-state visitors rush to register millennials, females, blacks, Hispanics and those voters who base their ballots on which candidate will do the most to protect the environment. Highways are often clogged by campaign motorcades. And there are still more than six weeks to go.

Here’s Why Donald Trump Could Win Ohio and Michigan

Trump’s message, seemingly perfectly tailored for the state’s frustrated workers and disaffected Democrats, has found a welcome in the former manufacturing hubs. He is promising an American revival of factories, to punish bad actors on trade and to crack down on immigration. Ohio is second only to Michigan when it comes to auto-linked workers, so Trump’s promises to make Ford move factories back to the United States helps his cause. Toledo, which once was an exurb of Detroit’s manufacturing might, has lost a quarter of its population since the 1970s. Youngstown fared worse: Since 1970, the city has lost more than half of its population, leading one think tank to call it “America’s Fastest Shrinking City.” Times are tough, for sure, and voters are angry, regardless of party.

Add in that Ohio’s Hispanic population, which Trump has demonized throughout his campaign, is a slight 3%. That could limit the political backlash he faces for divisive rhetoric about immigrants and Hispanics. It’s why the volunteer who led his campaign in the Youngstown area had no issue saying racism was a creation of Barack Obama’s Presidency and that Black Lives Matter activists were full of it. (She quickly resigned.)

Clinton is hoping voters—especially suburban women who supported 2012 GOP nominee Mitt Romney—are so turned off by Trump’s rhetoric. Just look at the ad her campaign released on Friday warning them against Trump’s harsh language about women’s appearances. “Is this the President we want for our daughters?” Republican strategist Katie Gage, who led the #NeverTrump effort, summed up the ad’s impact on Republican-leaning women: “Trump makes their skin crawl.”

Hillary Clinton has been a frequent visitor to a state that Bill Clinton carried twice—but never with a majority, thanks to Ross Perot’s third-party bids. Her campaign has at least 55 offices across the state, a number expected to grow in the final weeks before the election, and has a veteran of the Obama campaign running the show. On any given day, it’s a good bet that her staffers are scattered across the state accommodating high-profile allies who are there to help. Massachusetts Sen. Elizabeth Warren and Vermont Sen. Bernie Sanders visited Ohio campuses last week, Top Chefjudge Tom Colicchio made phone calls this week, the cast of The West Wing is reuniting for a bus tour this weekend, and Chelsea Clinton and Sally Field are making other stops.

But there are signs of trouble for Democrats in the state. National Democrats have all-but-abandoned their Senate nominee, Clinton ally Ted Strickland, and incumbent Republican Sen. Rob Portman is running a by-the-book, disciplined campaign that keeps Trump at an arm’s length. Recent polls show Portman up anywhere between 8 and 21 percentage points.

Millennials Are Increasingly Looking for Jobs in These Mid-Size Cities

Trump’s allies see a chance in the Steel Valley, an area near Youngstown. The hollowed-out towns and cities in the northeastern corner of the state have fallen on hard times, as the manufacturing base dried up in recent decades, unemployment has climbed and jobs are hard to find. Obama carried the four-county area by 12 percentage points over Mitt Romney in 2012, but Trump’s promises to revive manufacturing and scrap trade deals has found welcome ears there. Trump has made a major push in the Mahoning Valley, and Clinton’s aides consider it a weak point.

But while the Steel Valley is a compelling piece of a Trump narrative, it doesn’t have that many votes. Of the almost 5.4 million votes cast in 2012, only about 430,000 came from that part of the state—less than 10%. And while Obama carried 56% of the vote there, it made up just 9% of his total. If Trump is banking on this part of the state to win, he would need to carry roughly one-in-four voters—an almost impossible task given unions’ strong control of members.

The bigger footprint that both parties are eyeing is the string of counties that make up the eastern and southern border of the state, stretching from Lake Erie to Cincinnati in a J-shape. Those counties split narrowly for Obama by a mere 2 percentage points. As a whole, those counties were about 1-in-5 votes cast in the state and are a mix of the factories around Youngstown, the farms down the Ohio River Valley, former coal country in the south and into the Cincinnati suburbs. Romney won 12 of the 17 counties with hard work and sharp attention, and Trump could pick off others with his populist pitch that resonates in the rural towns and hollowed-out cities.

Income and Wage Growth: States Where They Grew Fast and Slow

The math in these border counties is better for Trump. Romney lost these counties by just a few votes shy of 16,000 after spending time in them. If Trump can find a 6 point-swing, that’s the gap between Romney’s loss and Obama’s win. And given Clinton’s weakness in polls among non-college educated, white, working-class voters, that’s entirely possible. The unknown question is whether Clinton’s glass ceiling-shattering candidacy helps or hurts her.

But to win in that Ohio-J, Trump will need an organization or visits. For the most part, there are few of the colossal stadiums that Trump loves. When Paul Ryan, then Romney’s running mate, made a stop there during the last weekend of the 2012 campaign, he packed a college gym with 1,200 people.

If Trump wants to win there, he would have to cede the giant crowds he crows about. It would undercut his pride in huge audiences and run counter to type.

If Clinton is to win, she has to go there—something she did during her first tour of swing states after essentially becoming her party’s de facto nominee, and then right after accepting the nomination weeks later. For all of Clinton’s problems with Ohio voters, she is working to win them over—in person, with friends, on the air, via volunteers. Pride, after all, is overrated at this late hour in a presidential campaign.