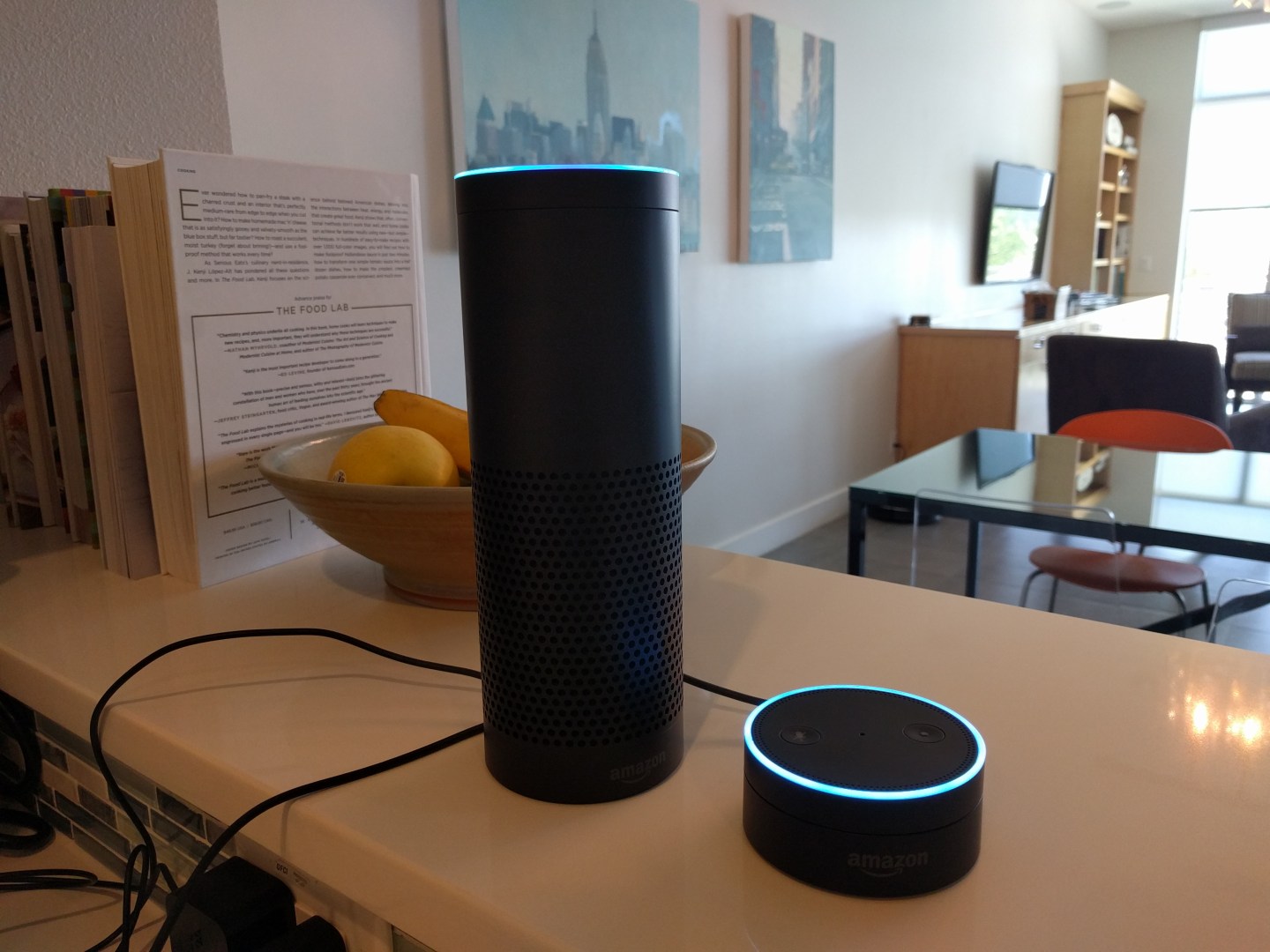 Apple may get into the smart home market with a rival device to Amazon’s Echo, according to a report on Friday.

Apple is testing a prototype for a smart home hub that would control home appliances, lights, and other devices, as well as use Apple’s virtual personal assistant Siri for voice control, Bloomberg is reporting, citing people with knowledge of the product. The device would be Apple’s answer to Amazon’s Echo, which in addition to controlling home electronics, doubles as a music speaker and a virtual personal assistant that can order Uber rides, put meetings on online calendars, and search online.

To top Amazon’s Echo, Apple’s (AAPL) product would come with a better microphone and speaker technology, and could even include facial-recognition tools, the Bloomberg sources say. By incorporating Siri, the device could be used to read e-mails and send text messages, according to Bloomberg‘s sources.

The Amazon Echo, which premiered in 2014, is among Amazon’s most popular products, according to the e-retailer’s listing of most popular products. The wireless device has a built-in microphone that can recognize voice commands from across the room. Over the last two years, Amazon has added new features to the Echo including the ability to read audio books and provide real-time traffic information.

The Echo’s momentum with shoppers has prompted Amazon (AMZN) to expand its smart home hardware line to include the Echo Dot and Amazon Tap, which have some, but not all of the Echo’s features.

Apple has been dipping its toes in the smart home market for the last few years. The company arguably made its biggest move yet into the market this year by bundling a newly developed app called Home in its iOS 10 mobile operating system. The app connects with several smart home products, including the Philips Hue line of smart light bulbs. At its press event earlier this month, Apple said hundreds of devices coming into the market in the next several months will also connect to Home.

Until now, Apple has been content to keep its smart home focus on software. But with iPad sales tumbling and long-term uncertainty across its Mac and iPhone lines, shareholders and analysts have called on Apple to expand its reach in hardware.

However, while Echo appears to have caught on with consumers, and Amazon has said as much, the company hasn’t revealed exact sales figures. Apple, a company that makes massive profits on each product it sells, will likely only debut an Echo alternative if it believes there is sufficient demand and profits. Apple also has a history of creating experimental products, but never releasing them.

According to Bloomberg‘s sources, Apple started developing its Echo alternative in 2014 and it has since tested a prototype, suggesting Apple is at least somewhat serious about it. That said, Apple is exceedingly selective in the products it eventually launches, and it’s possible the device, which hasn’t yet been named, will be killed before it even reaches store shelves.

Apple declined Fortune‘s request for comment on the Bloomberg report.