Walmart Has Completed Its Acquisition of Jet.com 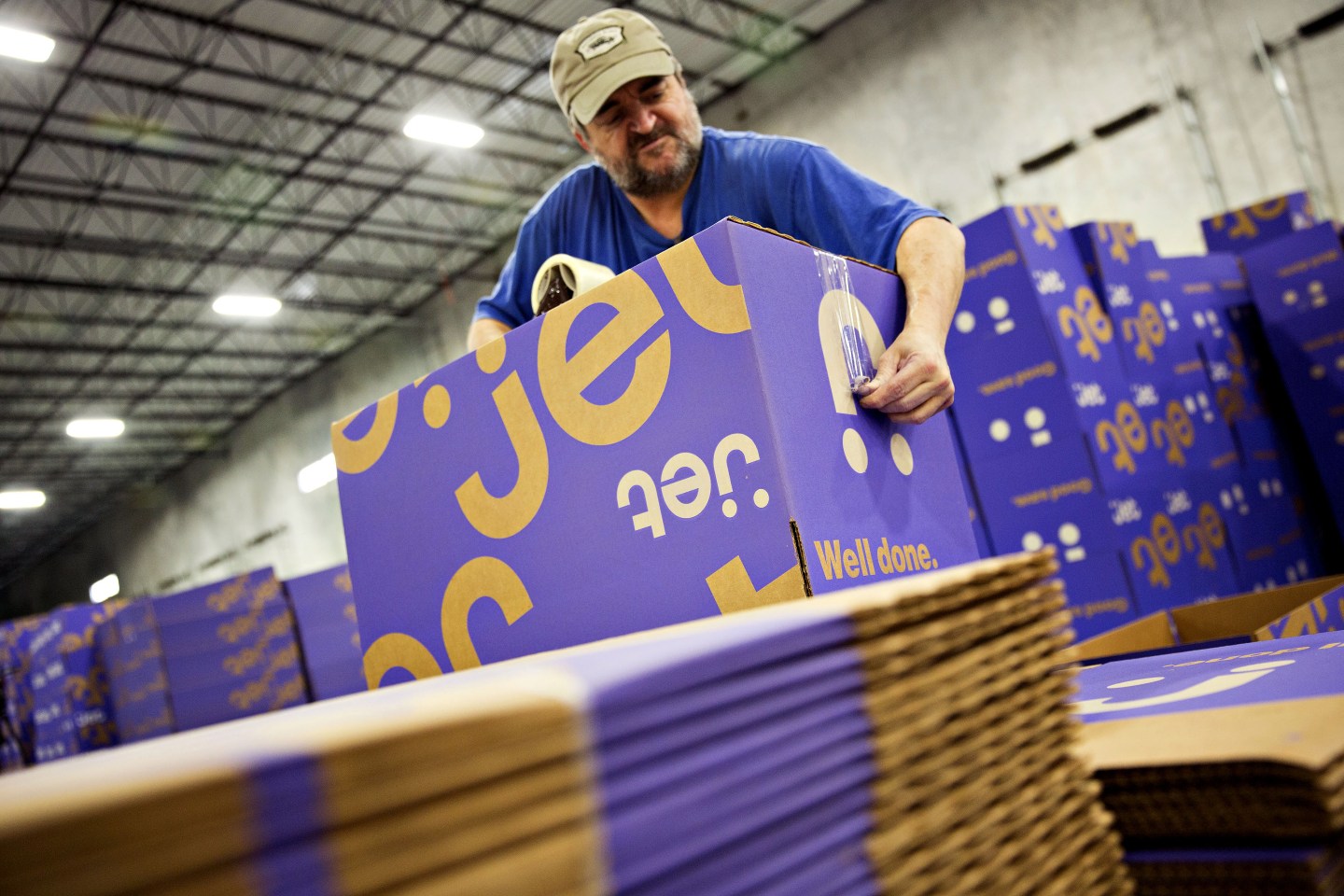 Wal-Mart Stores on Monday said it has completed the acquisition of internet retailer Jet.com after agreeing to pay about $3 billion for the e-commerce startup last month.

Wal-Mart Chief Executive Doug McMillon announced the closing of the deal, which was pending regulatory approval, in a blog post on the retailer’s website.

The acquisition will impact Wal-Mart’s 2017 fiscal year earnings marginally more than the retailer’s initial estimate of a 5 cents per share impact as the transaction closed ahead of time, Wal-Mart said.

The deal, which was the largest for an online startup, will give Wal-Mart (WMT) access to Jet.com’s innovative pricing software and will help the Bentonville, Arkansas-based retailer to better compete with online rival Amazon.com (AMZN).

See also: Walmart Is No Longer Accepting Visa Cards at Some Stores

“A lot of folks ask me ‘Why Jet.com?,” McMillon said in a blog post. The answer he said was in the savings both Wal-Mart and Jet can together offer shoppers.

Jet, with its ability to lower prices as customers add more items to their shopping carts, will help the world’s largest retailer reach more customers such as millennial shoppers. The deal would also strengthen Wal-Mart’s existing e-commerce infrastructure, McMillon said.

Wal-Mart has built its website into the second largest online retailer by traffic in the U.S. in the past six months, the blog post said. It has also expanded the assortment of products on its website from 7 million to 15 million items and is adding a million more each month.

Jet’s founder Marc Lore will join Wal-Mart as the President and Chief Executive of Wal-Mart’s U.S. ecommerce business and will report to McMillon, the company said in a separate statement.

“I’ll be spending a lot of time with the team in the coming weeks and months focused on scaling Walmart.com and Jet.com,” Lore said.

See also: Target Will Hammer Home A Low-Price Message to Shake Its Slump

Over a five-year period Lore will receive stock units that involve the issuance of 3.55 million shares of Wal-Mart’s common stock valued at 10 cents per share, the statement said. This is a part of the $300 million of Wal-Mart shares that would be paid over time as part of the original transaction.

The Jet deal follows a five-year e-commerce acquisition spree in which Wal-Mart has bought 15 startups, seeking the talent and technology to make it a dominant player online and narrow the gap with Amazon.