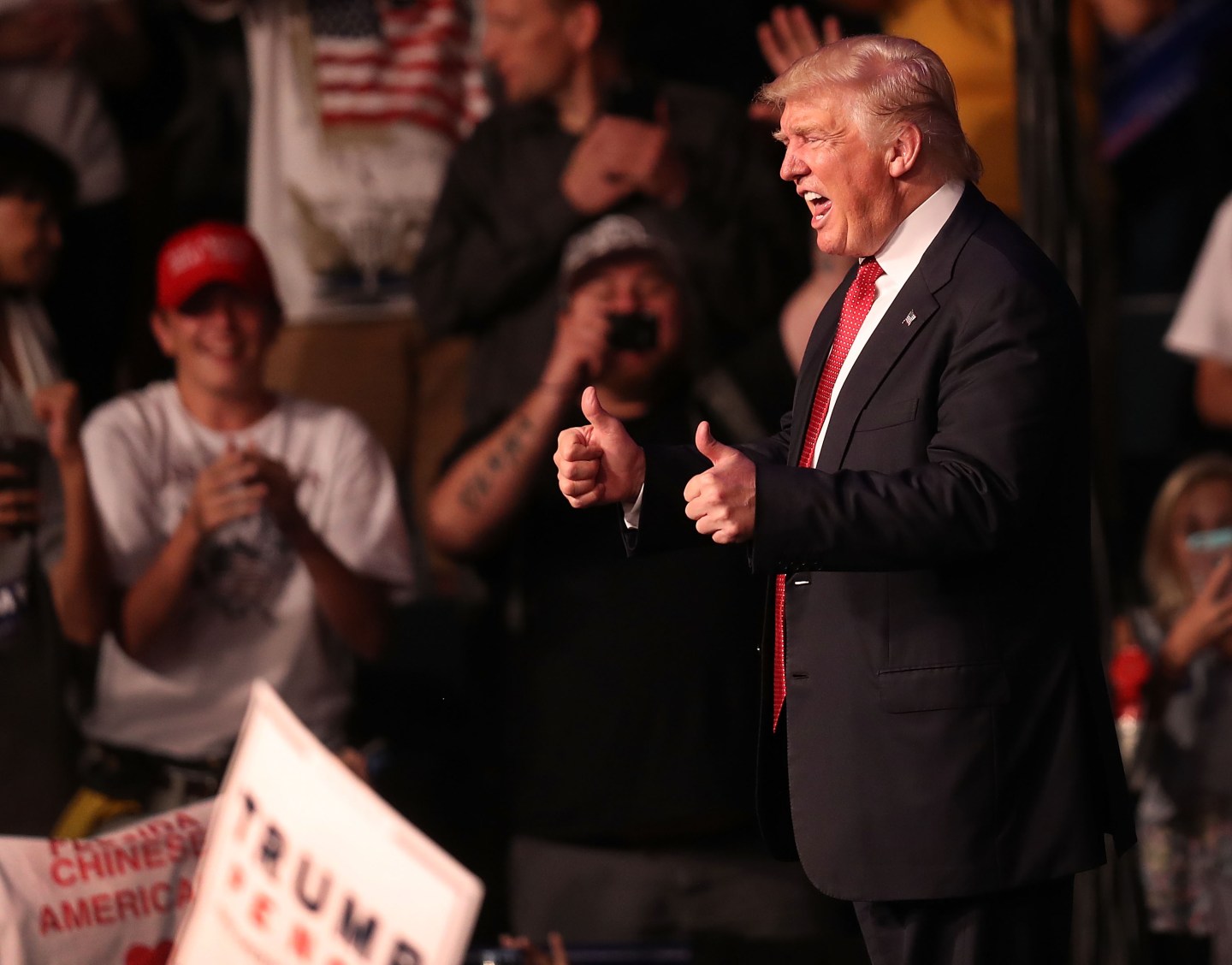 ESTERO, FL - SEPTEMBER 19: Republican presidential candidate Donald Trump gives a thumbs up during a campaign rally at the Germain Arena on September 19, 2016 in Estero, Florida. Trump is locked in a tight race against Democratic candidate Hillary Clinton in Florida as the November 8th election nears. (Photo by Joe Raedle/Getty Images)
Photo by Joe Raedle—Getty Images

Donald Trump is reportedly about to receive two of his largest donations to date.

The support is coming from billionaire casino owner Sheldon Adelson and his wife Miriam, and TD Ameritrade (AMTD) founder Joe Ricketts. This comes as Hillary Clinton continues to pull in incredible fundraising numbers. Though Trump has seen an impressive amount of support from small donors, he still lags behind his opponent in that regard.

Supporting Trump is a big turnaround for Ricketts. He had previously supported Wisconsin Governor Scott Walker’s campaign to the tune of millions of dollars. He and his wife were even part of the “Never Trump” movement, donating $6 million to an anti-Trump super PAC. Now the Wall Street Journal reports that he plans to donate around $1 million to a pro-Trump group.

Adelson had previously said that he would donate $100 million to support the Republican nominee, but he has since pulled back. CNN reports that he and his wife plan to spend a total of $45 million to help Republican campaigns, with about $5 million going towards Trump. Though that number is far off from his original pledge, it would still make him the largest donor of this election cycle.