Is Argentina’s Economy Finally Having a ‘Moment?’ 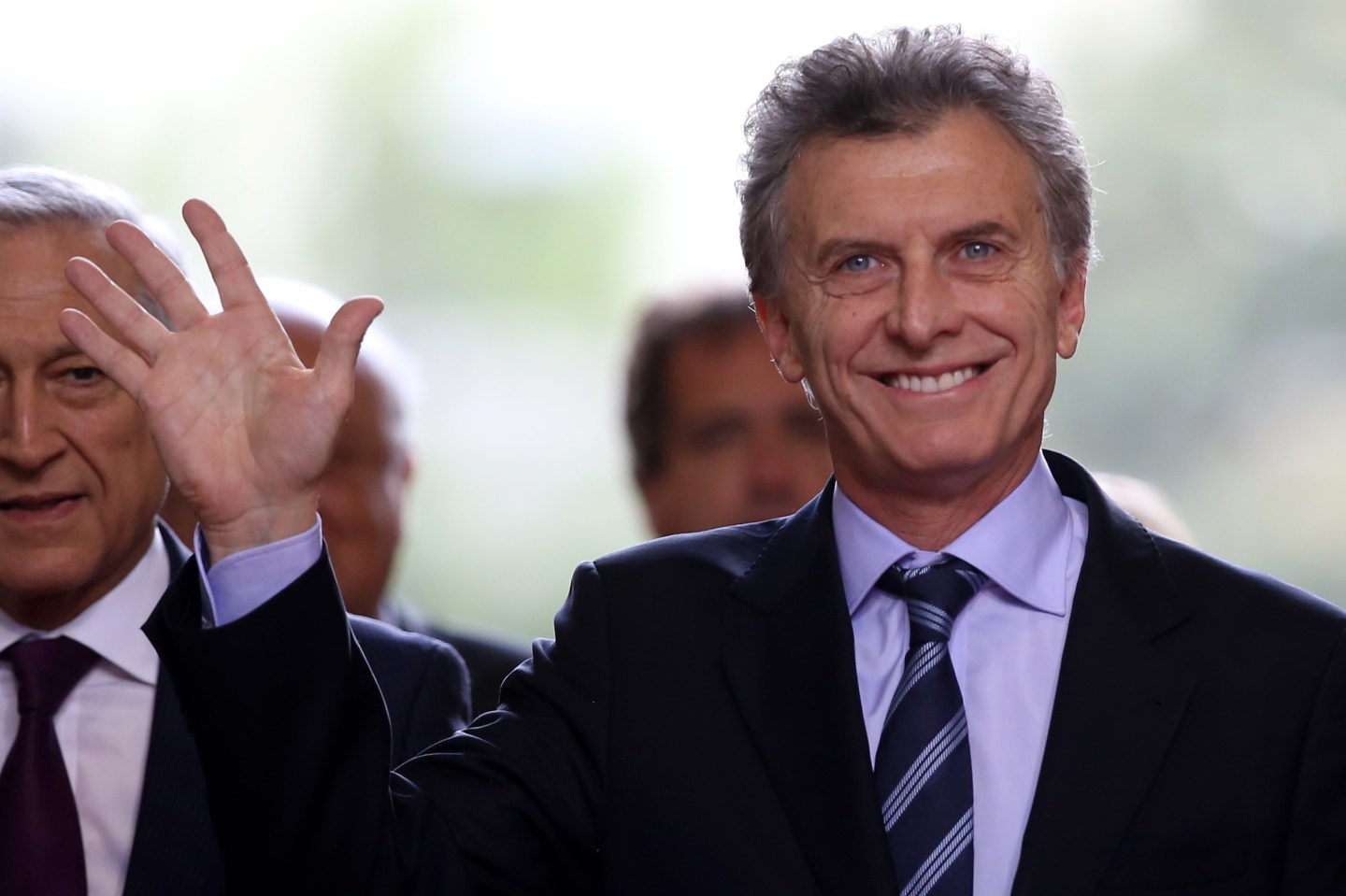 With broad concerns that the U.S. stock market may be overheated and turmoil in Europe following Brexit, long-term global investors are desperate for good news.

This week, we got some when Argentina’s president, Mauricio Macri, opened a three-day conference in Buenos Aires for top global CEOs and investors – effectively declaring that Argentina is once again open for business. Just one year ago, prior to Macri’s election, the prospect of such a gathering would have been unthinkable; the world’s political and financial elites would have scoffed at the notion of investing in a country that was not only facing severe economic challenges, but also had no apparent roadmap for turning things around.

In his opening remarks, Macri acknowledged that “we can’t change everything in a day or in a year or during one presidency; what’s important is that we’ve started going in the right direction.” The willingness of the global community to even listen to the new president’s pitch is a very big deal.

Argentina’s economic history has been complex and heartbreaking. After being one of the world’s most powerful economies in the early decades of the 20th century, Argentina has suffered through endless boom and bust cycles. The country is blessed with a bounty of natural resources, but a variety of factors – including governmental mismanagement – have kept the country from reaching its full economic potential.

Macri’s election in 2015 brought with it support from the Argentine business community, and he has followed through with his campaign promises by focusing the early hours of his presidency combating inflation, stemming the outflow of foreign investment, and laying the foundation for Argentina’s re-emergence as a South American economic powerhouse. Macri’s sensible economic and fiscal policies are especially welcome news in a region that is dealing with the fallout of Brazil’s economic and political crises.

To be fair, the early results have been decidedly mixed. Macri just announced that the government may not be able to meet its original goal of 4% deficit reduction, admitting the fine line the country must walk between fiscal responsibility and an austerity that could hinder growth. Whether Macri can continue reducing the deficit while still make necessary investments in education, infrastructure and the country’s critically important agricultural sector, may well determine the success of his presidency. This delicate balancing act is not a new challenge for policymakers, but given the hole Argentina is climbing out from, the stakes of these decisions are exceptionally high.

Argentina has a tough uphill climb ahead. Inflation will clock in above 40 percent this year, and while Macri gets high marks for establishing a roadmap for growth and hiring a team of talented economic policymakers, Bloomberg notes that “[Argentina] still lacks a legal framework that establishes a safe environment for doing business.”

But even if the short-term indicators have not thus far reflected Macri’s reformist policies, shrewd investors know that the best time to make a move is after the worst is over but before the recovery has begun in earnest.

That may be exactly what we’re seeing in Argentina right now. According to a recent survey by the country’s central bank, economists expect inflation to be halved in 2017, with GDP rising 3.2% next year after falling 1.5% this year. The World Bank’s Global Economic Prospects concurs, predicting that the recession will end in 2016 and capital inflows will strengthen through 2017.

And, while Macri’s declaration that Argentina is “open for business” hasn’t yet resulted in investors and businesses lining up around the block, there have been some genuinely promising developments – such as Coca-Cola and Axion Energy recently committing investments of $1 billion and $1.5 billion, respectively. Altogether, the Finance Ministry has tallied more than $32 billion corporate pledges (though the vast majority of those checks have yet to be written).

No, the path forward for Macri and the Argentine people won’t be easy. And as he is already discovering, fiscal reform can be like a game of Jenga – one well-intentioned action can have a multitude of unexpected consequences. And just as CEOs have a hard time keeping focused on executing a long-term strategy with the next quarterly earnings report always on the horizon, it is challenging for politicians to do so with the next election coming soon. With Argentina’s legislative elections looming in October 2017, Macri faces a test of his fortitude to stay the course on reforms, even if those reforms cost his allies at the polls.

If Macri stands firm and shows the courage to risk political capital for the long-term good, Argentina could finally be on the verge of a true and lasting recovery. This week’s investment summit is a good first step in convincing the world that he means business.

Alan H. Fleischmann is the Founder, President & CEO of the global business advisory & strategic communications firm, Laurel Strategies, Inc., and the former Staff Director of the Committee on Foreign Affairs and its Subcommittee on the Western Hemisphere of the U.S. Congress.