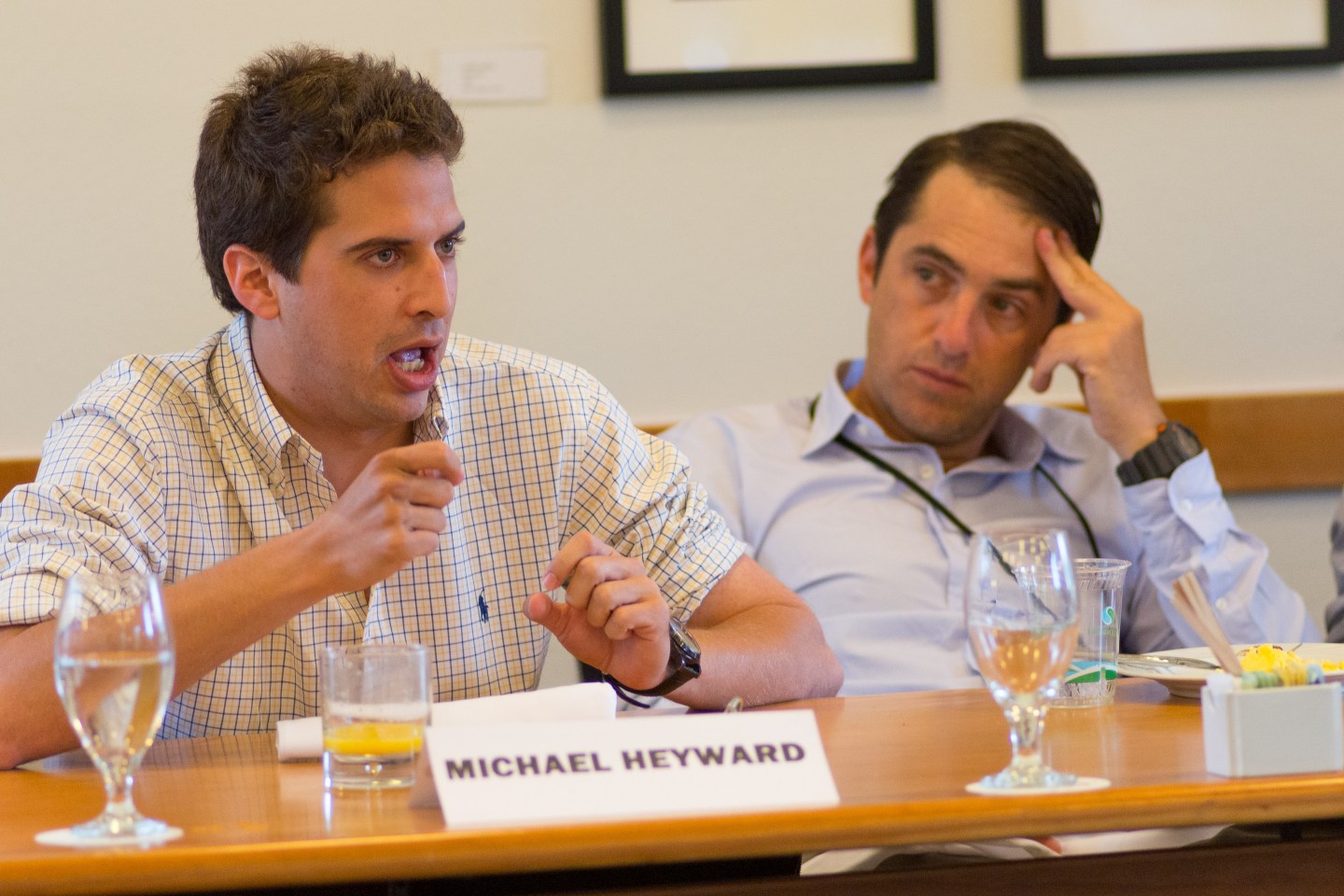 Whisper, an anonymous messaging startup based in Los Angeles, is raising a new round of venture capital funding, according to sources familiar with the situation.

The company has discussed fundraising with strategic investors that include advertising conglomerate WPP, Time Inc. (the parent company for Fortune), and Tronc, the company formerly known as Tribune Publishing.

Whisper’s last funding round was more than two years ago – a $36 million Series C infusion that valued the company at around $200 million. Overall it has raised more than $61 million from brand-name venture firms that include Sequoia Capital, Thrive Capital and Lightspeed Ventures Partners.

A source familiar with Whisper says that the company is burning more than $1 million per month, and that it took out a bridge loan to sustain itself until its next round of funding. Whisper brings in revenue from partnerships with brands like Coca-Cola, Hulu and 20th Century Fox, but not enough to turn a profit.

Whisper’s app, which allows users to post anonymous declarations to strangers, became a viral hit in 2013. Young people who felt intense pressure to project a perfect appearance on social media outlets like Facebook and Instagram appreciated that Whisper let them express their true feelings anonymously. The same trend drove adoption of Snapchat’s disappearing images and other anonymous apps like Secret and YikYak. But like any anonymous product online, Whisper faced issues of bullying, obscenity and abuse – leading it to work with anti-bullying groups and the It Gets Better Project.

In 2014, Michael Heyward, Whisper’s founder and CEO, garnered negative headlines after a combative interview with Michael Arrington at the TechCrunch Disrupt conference. Not long after, The Guardian claimed that the company was tracking its users by location, but the paper later backtracked.

In the last year, Whisper has been fairly quiet. According to app analytics company App Annie, it has remained in the top 50 social networking apps in the U.S. for iOS. The company says it has more than 30 million monthly active users, with the average user opening the app 20 times a day.