Unicode Is Considering a Hijab Emoji 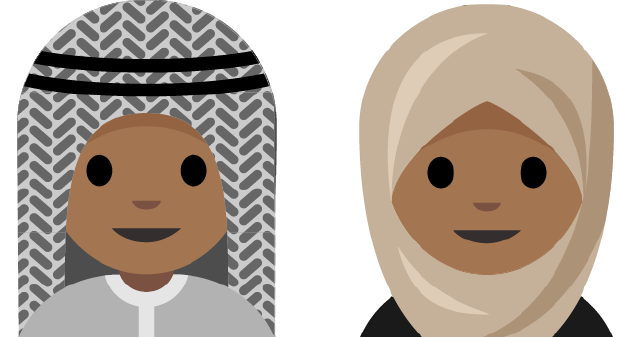 The virtual world may be getting a hijab emoji thanks to one 15-year-old Muslim girl.

When Rayouf Alhumedhi, a Saudi teen who lives in Germany, noticed there wasn’t an emoji that looked like her, she decided to make a change.

Seeking more virtual representation for Muslim men and women, Alhumedhi recently sent a seven-page proposal for a hijab emoji to Unicode Consortium, the organization that both reviews and develops new emojis, Motherboard reports. She also included an emoji of a man wearing a keffiyeh in her proposal.

“In the age of digitalization, pictures prove to be a crucial element in communication,” Alhumedhi wrote in her proposal. “Emojis are more impactful and utilized than ever before. Millions use them to convey feelings, appearances and stories.”

Alhumedhi noted in her proposal that although the hijab is common attire for many Muslim women, it is not just exclusive to Islam. Women in both Orthodox Jewish and Eastern Orthodox Christian communities also wear headscarves, so those women could benefit from the emoji as well, she wrote.

“Emojis can seem like a trivial topic but people use emojis to represent themselves and their lives,” she told Motherboard on Tuesday.

The teen’s words made a strong case—one that was even powerful enough to catch the eye of Jennifer 8. Lee, a member of Unicode’s emoji subcommittee, according to Motherboard.

Lee, who was already considering a headscarf emoji, offered to help refine Alhumedhi’s proposal, making sure it met all of the technical qualifications necessary. She even set Alhumedhi up with Alexis Ohanian, the co-founder of Reddit, to help support the proposal.

Lee told Motherboard she is hopeful it will pass, and BBC reports that if it does, the emoji could be available starting next year.