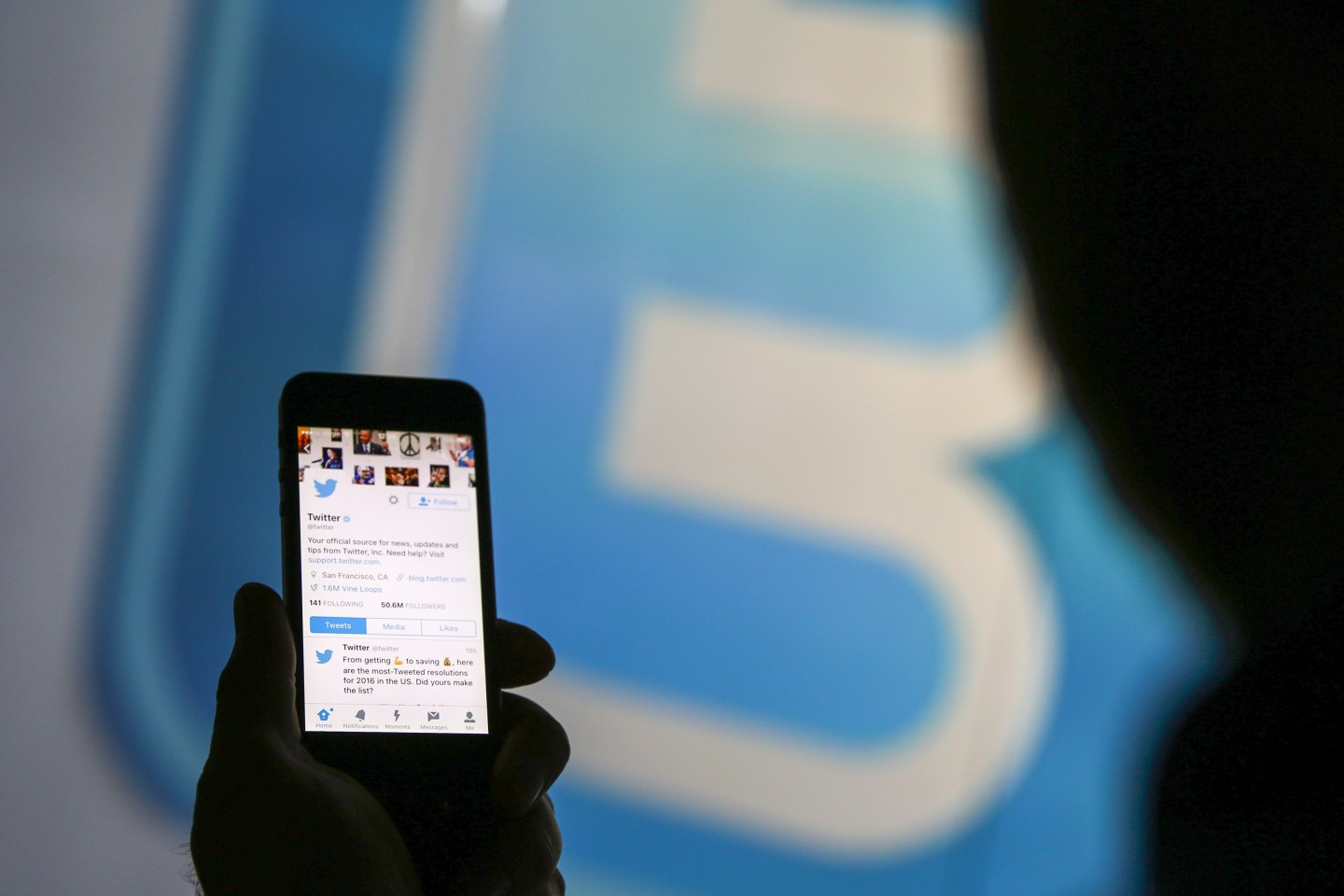 A man looks at the Twitter Inc. page on a mobile device whilst standing against an illuminated wall bearing Twitter Inc.s logo in this arranged photograph in London, U.K., on Tuesday, Jan. 5, 2016. Twitter Inc. may be preparing to raise its character limit for tweets to the thousands from the current 140, a person with knowledge of the matter said.
Photograph by Chris Ratcliffe—Bloomberg via Getty Images

Twitter (TWTR) launched a new video streaming application for Apple (AAPL) and Amazon (AMZN) TV platforms, as well as Microsoft’s Xbox One (MSFT) gaming console as it brings its video content to the forefront.

The application will also be available for users of these devices without a Twitter account or a pay-TV subscription, the company said in a statement on Wednesday.

The application will feature video content from a number of Twitter’s partners, including the National Football League and the National Basketball Association, as well as curated tweets and shorter video from its Vine and Periscope services.

The news comes a day ahead of the first of the 10 NFL Thursday night games that Twitter obtained streaming rights for in April.

Jack Dorsey-led Twitter has made a significant push into video, signing deals with several media companies and sports organizations to stream major events.