How Data And Machine Learning Are Changing The Solar Industry 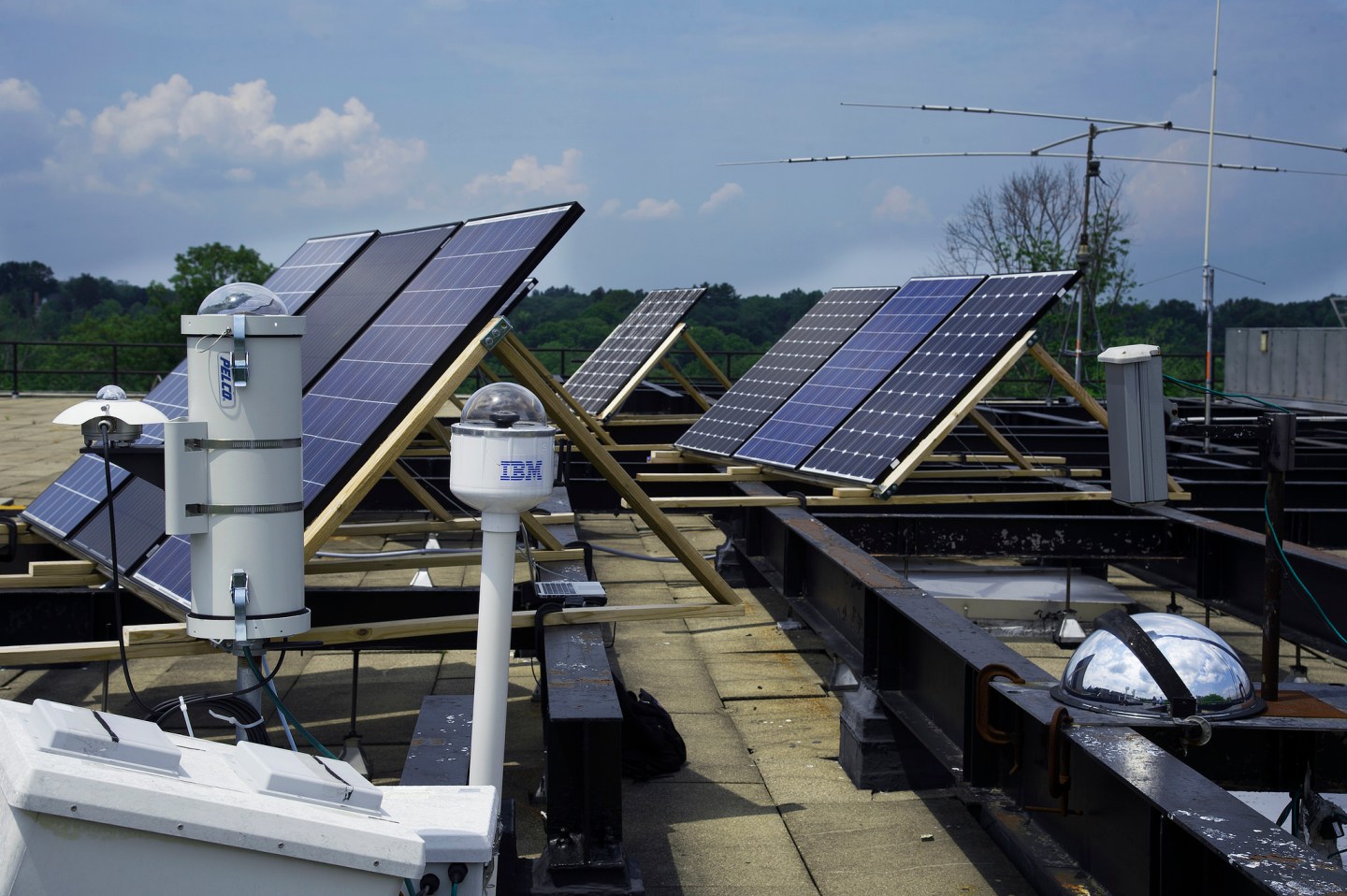 Like most sectors, the solar industry is rapidly embracing ways to analyze and crunch data in order to lower the cost of solar energy and to open up new markets for their technology.

The rise of data tools—algorithms, machine learning, sensors—are driving investments in, and acquisitions of, solar startups, while entrepreneurs are launching new companies that are using data to solve various solar industry problems. Meanwhile, big companies are spending money on tracking, monitoring and evaluating data from solar projects worldwide, helping to lower the cost of generating energy from the sun.

It shouldn’t come as a surprise that the solar sector is the latest to embrace the value of data. Other traditionally non-digital sectors, like the auto industry, oil and gas, and agriculture are turning to managing data as a necessity to keep their technology competitive and their companies in business.

But when it comes to the solar industry, it could end up being data that ultimately pushes down the cost of solar enough so that it can compete with fossil fuel energy. In that way, it’s not just a way for solar companies to make money (though it’s that, too), but it would also be a way to transition the world from generating energy that emits tons of planet-warming carbon emissions.

For more on why solar energy is more affordable than ever watch our video.

On Wednesday, a young startup called PowerScout, based in Oakland, Calif., announced that it has raised a seed round of $5.2 million to expand its technology that uses big data, analytics, and e-commerce to find smarter ways to sell solar panels to consumers. The company’s software amasses tons of data on current and potential solar customers, and uses machine learning to predict which of them are likely to buy solar panels.

Machine learning is an artificial intelligence technique that involves feeding data to algorithms so that the machine learning-powered algorithms get better at figuring our patterns in the data. Turns out it can be helpful for selling solar panels.

Selling solar panels to consumers has emerged as a tricky and expensive problem for companies. Particularly, as some markets, like in California, have been successful enough that many of the early adopters already have solar. That means in those places, increasingly, solar companies will have to convince more mainstream customers, who are generally more price-sensitive, to buy solar panels.

PowerScout CEO Attila Toth tells Fortune from the conference in Las Vegas that solar is “still being sold door-to-door just like vacuum cleaners in the 1950s.” That means consumers end up paying more, because of the high costs of the sales process itself, instead of just for the panels.

The company, whose funding includes millions of dollars from the Department of Energy, has also partnered with Google’s (GOOG) Project Sunroof, which is using data to build similar solar software.

Other startups are using data to make it easier to finance the cost of installing solar. Last week a San Francisco-based company, kWh Analytics, introduced a new solar software product that uses data from global solar projects to convince insurance companies to back a production guarantee for solar projects. The guarantee drives down the interest rate for money raised for solar systems, and thus lowers the cost of financing them.

Solar data has historically “been fairly disorganized,” and the industry has little information about who builds quality solar projects, says kWh Analytics CEO Richard Matsui. The company counts Google, which has bought over 2.5 gigawatts over clean energy, as a client. This summer kWh Analytics raised a $5 million round of funding from Anthemis Group and power giant Engie.

Last month electronics giant Flex, through its solar gear subsidiary NEXTracker, revealed that it had bought a machine learning startup called BrightBox Technologies. The three-year-old company, based in Berkeley, Calif., developed software to optimize heating and cooling systems in buildings.

But NEXTracker plans to use the company’s software—and the co-founders’ brainpower—to use machine learning to optimize the development and operation of its solar hardware globally. Smarter monitoring and maintenance of solar panels, as well as the gear for moving the solar panels, can help lower costs by optimizing solar production.

Even machine learning giants, like IBM (IBM), are developing ways to use data to make solar energy cheaper. In 2013, IBM’s research division, using Department of Energy funding, started working on figuring out how to leverage artificial intelligent engine Watson for clean power.

Today IBM Research has 200 partners that use its solar and wind forecasting technology, which can predict solar and wind conditions from between 15 minutes to 30 days in advance. The tech was built by blending dozens of forecasting models and adding in tons of data about weather, the environment, atmospheric conditions, and how solar plants and the power grid operate. The engine also trained on environmental data collected from 1,600 sites around the U.S.

The result is that IBM’s “self-learning weather model and renewable forecasting technology” (formerly called Watt-sun) is 50% more accurate than the next best solar forecasting model, says project manager Hendrik Hamann. IBM is looking into ways to commercialize the technology, following its birth in the research division.

Even in off-grid markets in sub-Saharan Africa, ultra low cost solar is benefiting from machine learning. A British startup called Azuri, which sells solar panels and batteries that are managed with cell phone tech, is using machine learning to learn its customers usage patterns and to manage the batteries and power sources in the most optimal way. For example, if a customer’s battery starts to get low, the system automatically adjusts the brightness of the lights and slows the rate of cell phone charging as to make the energy last as long as possible.

Solar panel and project developer SunPower (SPWR) says it’s accumulated more operational data about solar panel power plants than any other company in the industry. SunPower says it uses this data to improve panel technology, customer service, and how SunPower sites, builds, and operates projects. SunPower also has a control center in Austin that will be able to monitor and manage more than 1.8 gigawatts of solar panel projects by the end of the year.

It’s not one specific data tool that is rocking the solar industry. It’ll be a combination of many ways that data can reduce the cost of solar that will prove crucial to transforming solar into a more mainstream energy source.

Solar panels are already at their cheapest point in history. It’s now up to software and data to make sure those low cost solar panels are able to get into big solar farms and onto rooftops as quickly and easily as possible.