Why a Flextronics Subsidiary Just Bought a Machine Learning Startup 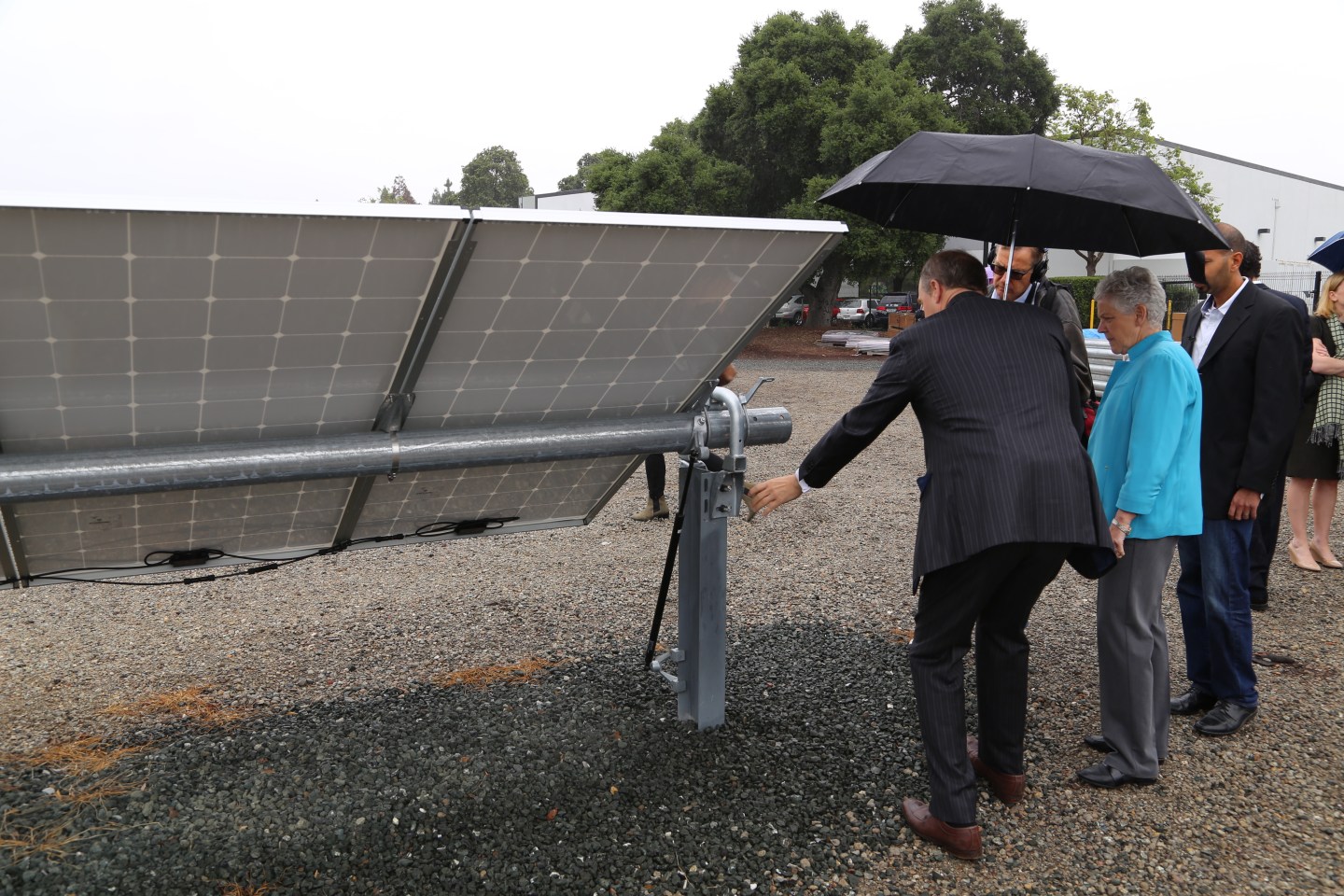 NEXTracker makes hardware, called trackers, which automatically tilt solar panels throughout the day to face the sun to increase the amount of power that panels generate. These trackers are generally used on large solar panel farms in remote locations that sell their power to utilities or large companies.

Flextronics (now called Flex) itself bought NEXTracker last year for $330 million. Now, NEXTracker is acquiring BrightBox Technologies, a three-year-old company based in Berkeley, Calif. that has developed software to optimize heating and cooling systems in buildings.

NEXTracker will use the company’s software—and the co-founders’ brainpower—to optimize the development and operation of its solar tracking systems around the world.

A release on the deal emphasizes the importance of bringing on BrightBox Technologies’ co-founders Allan Daly, Rob Koch, and Francesco Borrelli to the NEXTracker team. Borrelli, a U.C. Berkeley Professor, has conducted extensive research on predictive modeling software.

Given the lack of financial details, and the repurposing of BrightBox’s software, the deal sounds potentially like an “acquihire,” a term referring to an acquisition motivated by recruiting talent rather than just product and intellectual property.

But smart software is becoming an increasingly important factor in solar panel systems as companies seek to push down the cost of building and operating them. Better monitoring and maintenance of solar panels and trackers can help lower costs.

The deal is also further evidence of the growing trend of the Internet of things movement for connected sensors and devices. Companies like Flextronics and GE (GE) are increasingly turning to data and algorithms to make their machines run better.

NEXTracker has been growing rapidly since its acquisition by Flextronics, and now the company has over four gigawatts worth of its trackers operating around the world. The company’s trackers are designed to lower a solar project owner’s costs and boost its energy output.

For more on what you need to know about investing in clean tech, watch: