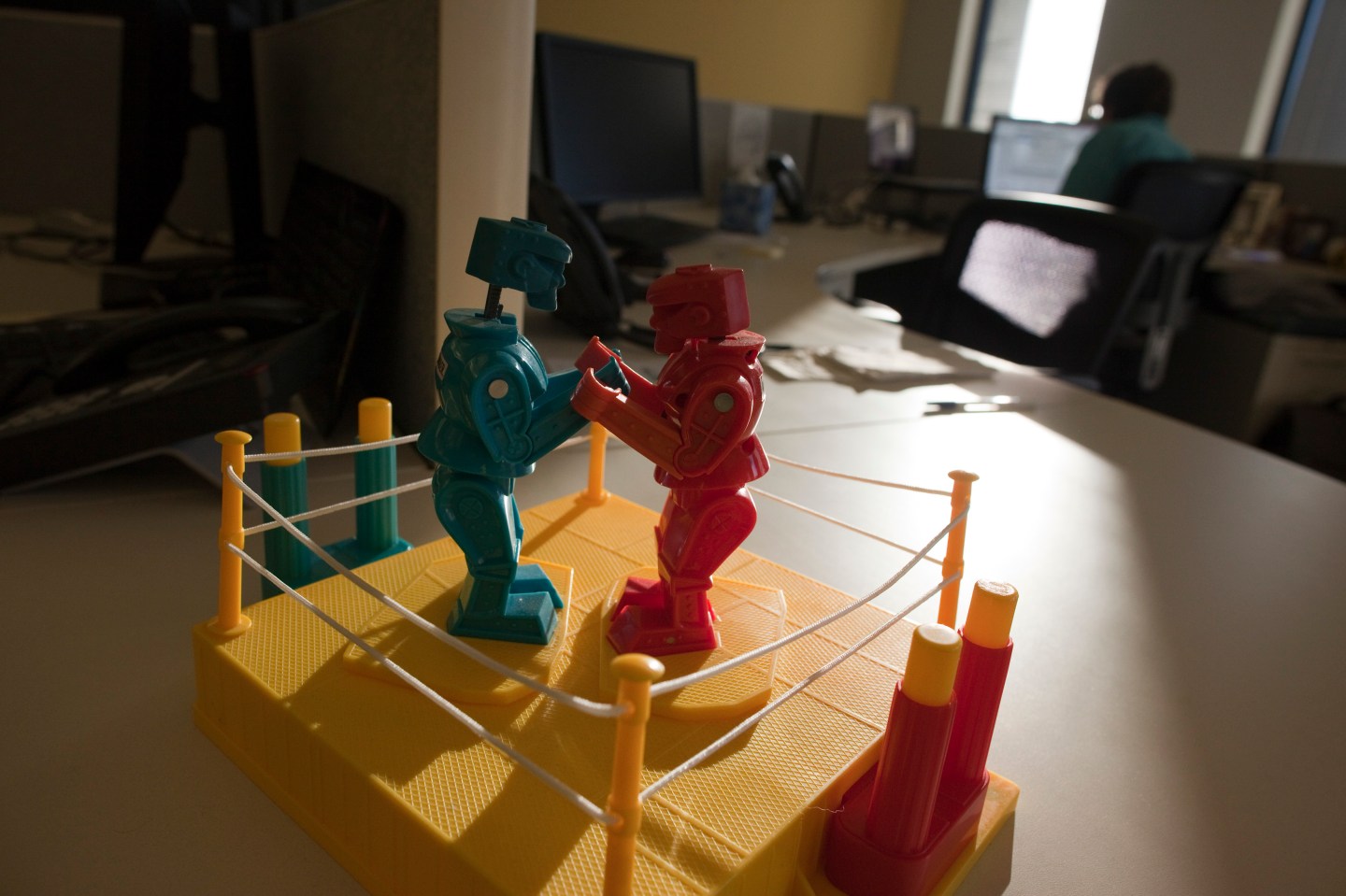 That Care Bear you were attached to as a child may be headed to the National Toy Hall of Fame.

Care Bears—along with Rock ‘Em Sock ‘Em Robots, Fisher-Price Little People, and Transformers—are among a dozen other finalists competing for the chance to be inducted into the 2016 National Toy Hall of Fame.

Inductees will be announced on Nov. 10, according to The Strong, the world’s largest museum devoted to toys and materials related to play. The Strong is located in Rochester, N.Y.

Others on the list were Nerf, the board game Clue, card game Uno, pinball, the swing, Dungeons & Dragons, and coloring books. Bubble wrap, a more unconventional toy, also made the list.

In order to be eligible for Hall of Fame enshrinement, it’s just not the toy’s longevity that matters. Inductees must have also influenced the way toys are designed or played with, as well as fostering learning or creativity through play, according to The Strong.

The hall has inducted over 50 toys to-date, including The Super Soaker, a popular water gun with more than $1 billion in sales. Other famous members of the Hall of Fame include Tinkertoys, Mattel’s (MAT) Barbie, the Rubber Duck, G.I. Joe, and even Roller Skates.